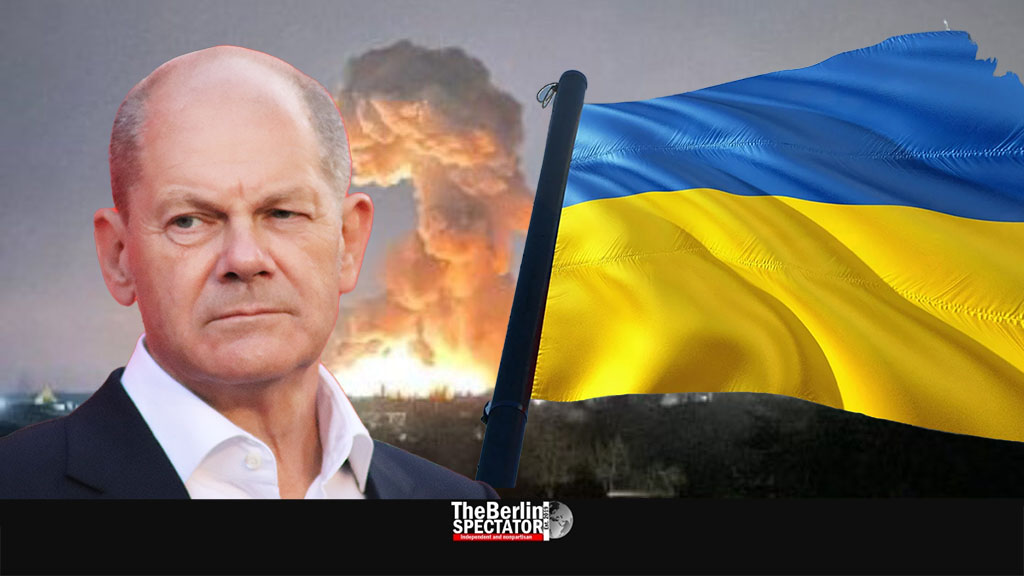 The argument within the German government about heavy weapons for Ukraine may have been resolved. According to the ARD radio and TV network, Germany will be helping the country with money it can use to purchase weapons.

Berlin, April 16th, 2022 (The Berlin Spectator) — The past days have been difficult for Olaf Scholz. Everyone, including the Ukrainians, his coalition partners and MPs, told him what to do and where to go. His coalition partners said Germany needed to provide heavy weapons to Ukraine. The ARD reports, Scholz had now approved 2 billion Euro (2.2 billion U.S. Dollars or 1.7 billion Pounds Sterling) in military aid most of which would go to Ukraine.

More than 1 billion Euro (1.1 billion Dollars or approx. 800 million Pounds) are supposed to go to Ukraine directly. That way, the government in Kiev can buy any weapons it pleases. In case Ukraine wants tanks or other weapons made in Germany, Commerce Minister Robert Habeck would have to approve their export. There is no doubt he would because he and his party colleagues have called for providing heavy weapons so that Ukraine can defend itself against Russia more effectively.

The German-made Leopard 2A7 tank costs about 15 million Euro (16.2 million Dollars or 12.4 million Pounds) a piece. One of its core features is its ability to attack moving targets while it is moving itself, including on bumpy terrain. Since the Russian attack is ongoing, the Ukrainians need weapons quickly. Availability is an aspect that will play a big role. Waiting for ordered tanks or other heavy weapons for a year is definitely not an option.

Chancellor Scholz had recently announced Germany would invest 100 billion Euro (112.7 billion U.S. Dollars or 84 billion Pounds Sterling) into weapons. This is a big policy shift the government went for, because the Russian war of aggression against Ukraine and the danger it poses to the rest of Europe. But, as it turns out, the 2 billion Euro that will be provided to Ukraine and other partner countries are not part of those 100 billion. This amount is separate. A supplementary budget is being prepared by Finance Minister Christian Lindner.

Germany is one of the biggest supporters of Ukraine. The Federal Republic accommodates more than 300,000 Ukrainian refugees. And it has ended its Russia-friendly policy. Besides, it already sent weapons and helmets to Ukraine. Still, President Zelenskyy and diplomats from Kiev keep on criticizing Germany. In an ARD interview on Thursday, Ukraine’s Foreign Minister Dmytro Kuleba demanded heavy weapons from Germany. He will now get funds instead.