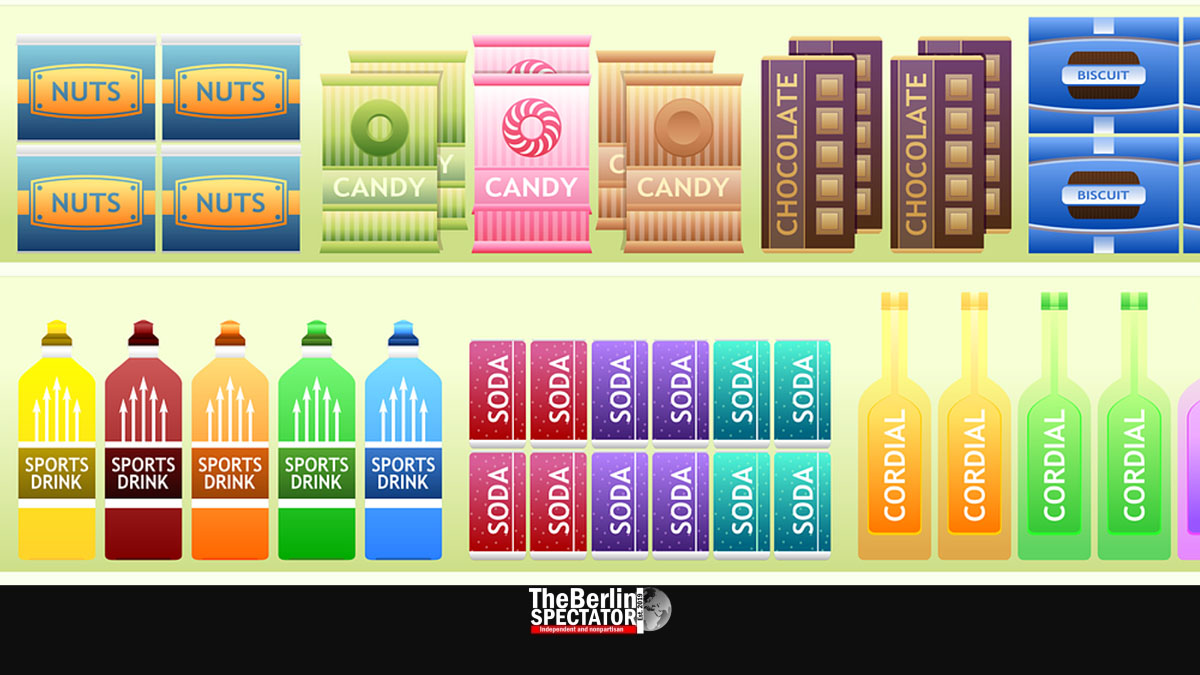 Before 2020, insouciance was wide-spread in Germany. Many citizens did not worry about anything. Then, Corona hit. Russia’s war against Ukraine changed things as well. These changes are not something abstract people read about in their daily, but they actually feel them, for instance when they buy groceries.

Berlin, April 17th, 2022 (The Berlin Spectator) — Until 2019, when the world hardly had any big problems, at least from the perspective of many Germans and expatriates who live in the Federal Republic, a visit to the local supermarket was an errand that did not worry people. They just went there, purchased their onion, club soda, oatmeal, bananas and cheese, packed it all in bags and brought it home.

Today, things are very different. Two big problems are dominating this planet. A virus is trying to infect everyone, and a madman in Russia is attacking his Ukrainian neighbors. Both of these issues have the potential to spread further and to affect everyone more than they already do. We do not even know which of the two crises is causing issues we are facing at the supermarket.

At the corner of Greifswalder Strasse and Thomas Mann Strasse in Berlin, the ‘Netto’ supermarket located in the basement of a tiny mall used to offer it all. The shelves were refilled quickly and the prices were stable. Not anymore. For weeks, the crisp bread produced by the Swedish company Wasabröd has been sold out. In the cooling shelf, the jellied wurst with pineapple has failed to reappear after the last package was sold a month ago.

Yesterday, there was no apple or orange juice left. Since the 1960s, this has not happened in the Federal Republic of Germany. Nobody thought the supermarkets in the country would ever run out of the apple juice the Germans consume like crazy. At the checkout, they did not have bags anymore. The store’s manager said there was nothing she could do. She kept on ordering it all, but many things were not being delivered.

According to a cashier there, the branch expected a delivery of 18 pallets full of groceries on Thursday, but only a small fraction arrived. Of course, this particular supermarket is just one of thousands in Germany with these kinds of issues. What is causing them? Is it the damned virus or Russia’s terrible war? Nobody seems to know.

Last month, pretty much everything was a lot more expensive than in March of the preceding year. Pork cost 3.8 percent more, according to the Agrarmarkt Informations-Gesellschaft (AMI). The cheese price was 4.3 percent higher, that for vegetables increased by 6.7 percent within one year. It gets worse: Bread cost 8.1 percent more and the prices for most milk products were 10.5 more than they were in March of 2021.

The price increase for chicken and veal was above 14 percent. Consumers who purchased margarine and salad oil were charged 21.7 percent more, and those who had the courage to show up at the cash register with potatoes had to sell their real estate, their car and their pants before they could afford them. Here, the price increase was 23.8 percent.

Many editors who work for German-language media probably needed Valium when they wrote about the price development on the doner kebab market on Saturday. Doner kebab was invented by Turkish migrants in Germany. Especially in Berlin, a lot of it is being consumed every day. According to several German dailies and other publications, those kebabs will be far more expensive. Until recently, they were about 4 Euro (4.32 U.S. Dollars or 3.21 Pounds Sterling). Now, the price might double. The two crises the world is confronted with are to blame.