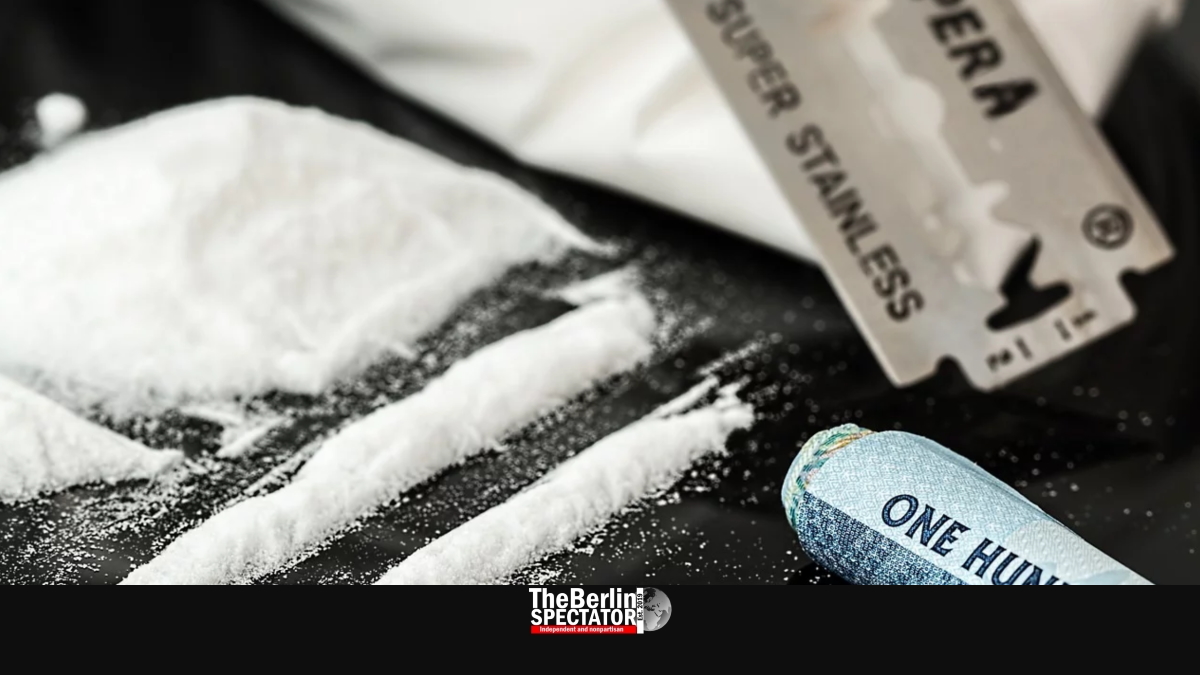 Berlin, April 22nd, 2022 (The Berlin Spectator) — In Germany, Belgium and the Netherlands, the police just hit the drug mafia hard. According to Europol, the European Union’s law enforcement agency, a large operation that took place in the past days “led to the identification and indictment of major European high value targets importing large amounts of cocaine from South America to the E.U.”. The Secretaria Nacional Antidrogas in Asunción helped too.

In Germany, the State Office of Criminal Investigations in Lower Saxony and the Federal Criminal Police Office (BKA) were involved. Neighboring Belgium sent out the Federal Police Antwerp, and the Dutch colleagues involved were part of their National Police. A “European and South American drugs and money-laundering infrastructure of a large-scale trafficking network” was targeted.

Europol says it “facilitated the exchange of information and produced large amounts of intelligence based on criminal analysis”. That way it had been enabled “to unveil a detailed picture of the networks’ operations across countries and continents.” During the operation, 35 locations in the three European countries involved were searched.

A total of 17 arrests were made during the operation. Five persons are now behind bars in Belgium, three in the Netherlands and eleven in Germany. The police seized electronic equipment, documents, four vehicles, luxury watches and real estate, including four apartments, as well as bank accounts and cash with a total value of 5.5 million Euro (6 million U.S. Dollars or 4.6 million Pounds Sterling). For Europol and the national authorities, this is a big success.

“These operational activities are the culmination of parallel investigation of the Belgian, Dutch and German law enforcement authorities into a criminal network trafficking multi-tonne shipments of cocaine from source countries to Europe”, Europol stated. In February, the law enforcement authorities in Antwerp and Hamburg had seized 34 tons of cocaine in three shipments that were linked to the network. “During the investigation, the cooperating authorities uncovered that this criminal group had the capacity to ship multiple multi-tonne cocaine consignments towards Europe in just a few months”, a press statement said.

Apparently, the traffickers’ command and control center was based in Dubai. From there, the trafficking of cocaine sourced via their own production infrastructure in Bolivia was managed. Logistical and supply lines were also identified in Paraguay. All of this reads like a novel by Tom Clancy, but it is reality. The leaders of the criminal network used encrypted communication to arrange their large shipments.

Dear readers: We need your help.
The Berlin Spectator delivers news and features about a wide range of topics from Germany. This includes local stories from Berlin, politics, culture, tourism and people. In the past two years, we covered the Corona situation in the Federal Republic a whole lot. Recently, we reported from Berlin Central Station intensively, when thousands of Ukrainian war refugees arrived there every day.
We do a lot. But copying and pasting news agency files in order to hide them behind paywalls and call them articles is a strategy we leave to others. This is not how we work. As opposed to others, we actually are in the country we are reporting about. We are based in its vibrant capital.
The Berlin Spectator is what we call “a publication with a personality“. Anyone can sound conventional. We do not.
We thank those who are already supporting us. Without you, we would have given up a while ago. We appreciate your help a lot. You know who you are.
But this publication needs more support. At this stage, we are getting a low three-digit amount per month.
Would you consider supporting The Berlin Spectator? These are your options:
– You can send us a one-time donation via Paypal.
– You can support us on a monthly basis via Paypal.
– You can become our patron on Patreon (monthly donation).
– You can go to our donations page first, to check your options.
The Berlin Spectator is a good project. Help it by donating. Thank you so much.