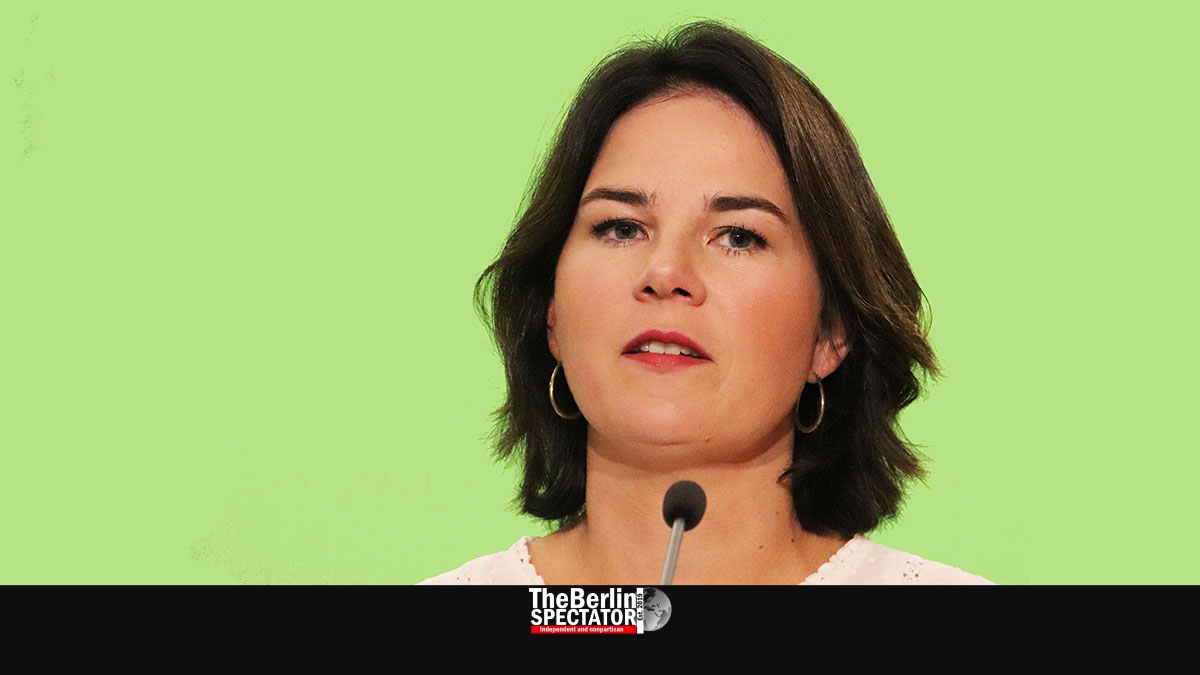 Moscow just deported 40 German diplomats from Russia. Their boss, Germany’s Foreign Minister Annalena Baerbock, says this move was not unexpected, but the diplomats affected had done nothing wrong.

Berlin, April 26th, 2022 (The Berlin Spectator) — Exactly three weeks ago, on April 5th, 2022, the Federal Republic of Germany expelled 40 Russian diplomats. This move was a reaction to the terrible atrocities the Russian aggressor committed in the Ukrainian city of Bucha, were civilians, including children, were murdered. The Russian leadership was responsible for the “incredible brutality”, Annalena Baerbock had stated back then. Now, Russia reacted by expelling 40 German diplomats.

“We expected the step that was taken today”, Germany’s Foreign Minister stated on Monday. “But it is not justified at all.” The 40 members of the Russian representations in Germany who had been expelled from the Federal Republic had not worked in the field of diplomacy even one single day. Instead, these persons had “worked against our freedom and the cohesion of our society, for years”. On top of it all, their work had threatened those who were looking for protection in Germany. “We could not tolerate this anymore, and we will not tolerate it in the future”, Mrs. Baerbock said.

Our staff, my colleagues from the Foreign Ministry who are being expelled from Russia, have not done anything wrong. In spite of adverse conditions, they had gone to Russia with an open mind and interest, and they had put a lot of efforts into serving the bilateral relations. “With those expulsions that were announced today, Russia is harming itself”, Annalena Baerbock stated in Berlin.

The Green Foreign Minister said she had discussed Russia’s expected move and the difficult consequences for the staff with the German representations in Russia, in the past days. She announced the people affected and their families who were confronted with challenges now would be supported extensively.

According to several German-language publications, about one third of the diplomatic corps in Russia is affected by the expulsions. More than 100 Germans will have to leave Russia. This number includes the diplomats’ family members. Those reports say the German consulates in Russia, including those in Moscow, would have to restrict the services they were offering as a result.

Compared to all other members of the European Union, Germany has the largest representation in Russia. At least it did until today. Since Russia’s war of aggression against Ukraine commenced, several E.U. states have expelled Russian diplomats.

Berlin: Cyclists and Pedestrians to Get More Space on Schönhauser Allee