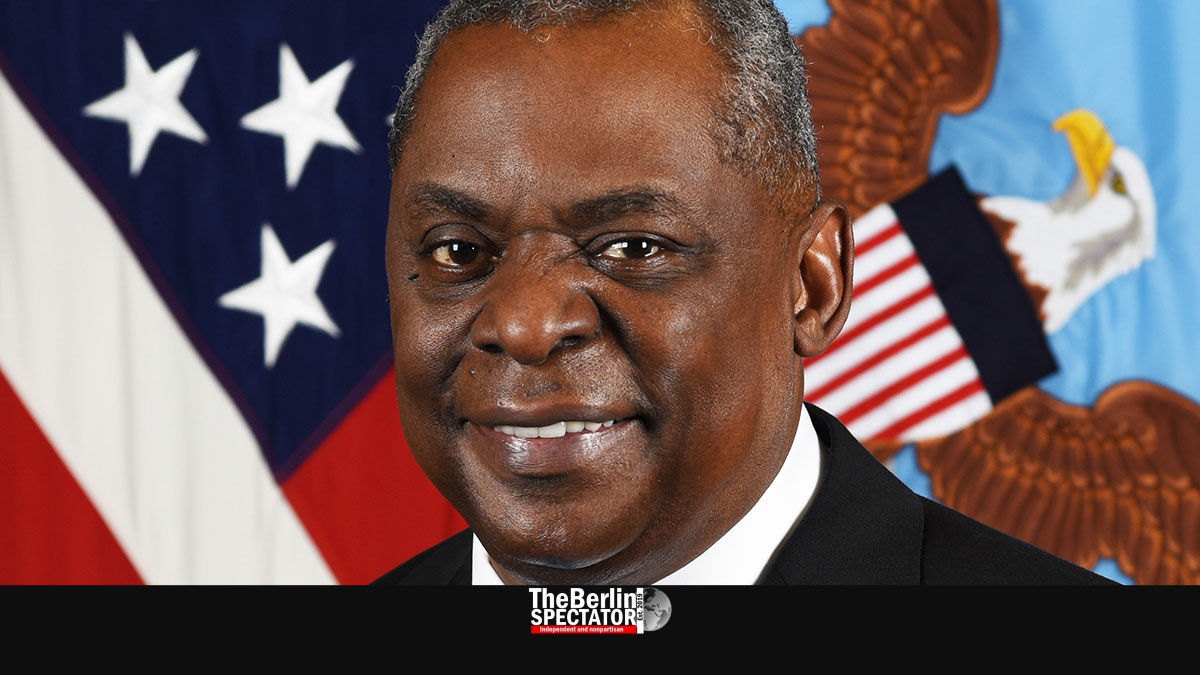 Berlin, April 27th, 2022 (The Berlin Spectator) — Lloyd Austin welcomed several colleagues in Ramstein, the largest U.S. Military base in Germany, a country in which 35,000 American soldiers were stationed long before Russia’s war of aggression against Ukraine began. Germany’s Defense Minister Christine Lambrecht did not go there emptyhanded.

Just before she showed up at Lloyd’s Ukraine Defense Consultative Group meeting, which is supposed to convene on a monthly basis from now on, the German government did approve the delivery of 50 Marder weapons, which Secretary Lloyd referred to as Cheetah systems. They are anti-aircraft tanks. The Bundeswehr, Germany’s armed forces, had recently discarded them. Their disadvantage is the fact that it takes time to teach soldiers how to use them, according to experts.

The German government’s decision was taken after Chancellor Olaf Scholz had been put under pressure from several sides, even though Germany had already announced it would support Ukraine’s military with an additional 1.5 billion Euro (1.62 billion U.S. Dollars or 1.27 billion Pounds Sterling). Besides, Berlin is already delivering other weapons to Ukraine and has provided a lot of financial support to the government in Kiev for a long time. Ukraine, several MPs for government parties at the Bundestag and the conservative opposition had demanded the delivery of heavy weapons.

Lloyd Austin welcomed the Scholz government’s commitment, including its latest decision. “Countries all around the world have been stepping up to meet Ukraine’s urgent needs”, the Secretary stated. “And I wanted to especially welcome a major decision by our German hosts, as Minister Lambrecht announced just today that Germany will send Ukraine some 50 Cheetah anti-aircraft systems.”

“I consider Germany to be a great friend and an ally”, Austin said in Ramstein. “And, you know, I’ve served in Germany as an officer and worked with German forces and it’s always been a real pleasure to work alongside our German partners here. Now, I think it’s significant that, you know, Germany announced that it was going to provide 50 Cheetah systems. I think those systems will provide real capability for Ukraine.”

The American host of the Ukraine Defense Consultative Group meeting in Germany had even more praise for Germany and Christine Lambrecht: “In terms of what else Germany will do going forward, again, that’s a sovereign decision, one that the German leadership will make, and I don’t want to speculate on that. I just believe that just based upon everything that I’ve seen in my interaction with the Minister of Defense and how intently she’s been focused on making sure that she can do everything that she can to help and work alongside her partners and allies, that she’ll continue to look for ways to be relevant and provide good capability to the Ukrainians as they continue to prosecute this fight.”

The armaments company Krauss-Maffei Wegmann is supposed to get the permission to sell those Marder tanks now. It is unclear how long it will take until Ukraine can actually use them to protect its airspace against the Russian aggressor.