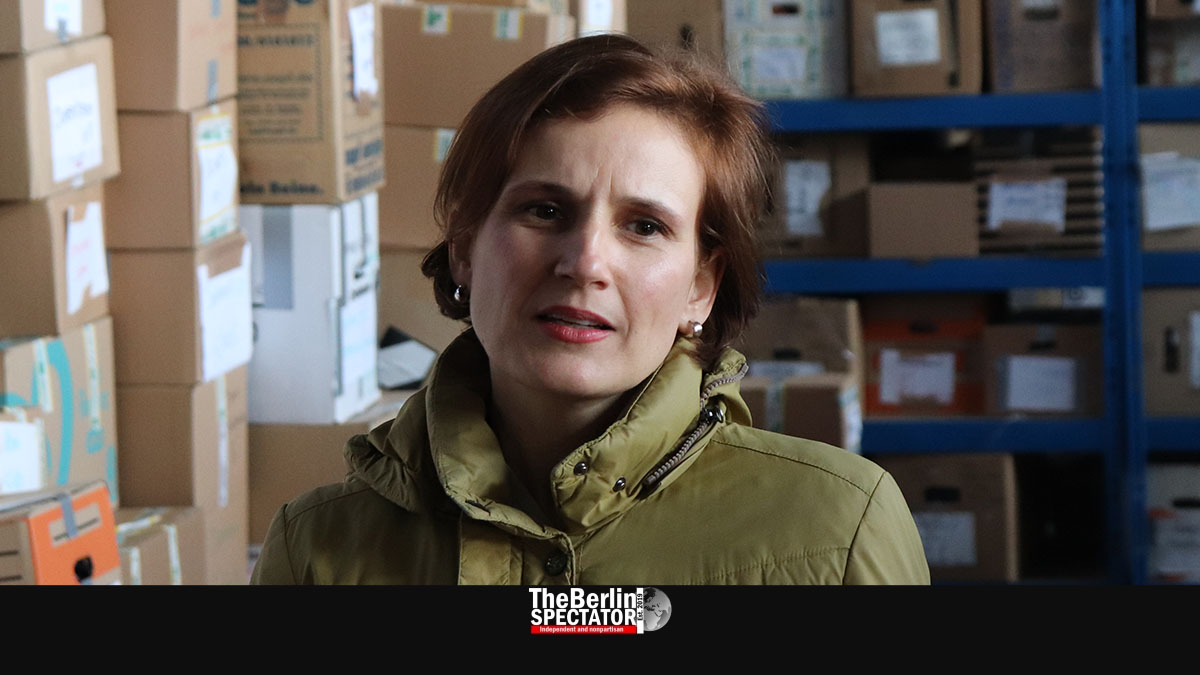 In Berlin, Integration Senator Katja Kipping described today’s situation of refugees from Ukraine in the German capital. According to her, their number can only be estimated. Many are still arriving while others are returning to their country.

Berlin, April 27th, 2022 (The Berlin Spectator) — Katja Kipping just informed the Senate about the latest on Ukrainian refugees in Berlin. She said the situation had stabilized. According to her, 1,800 to 2,500 of them still arrive at Berlin Central Station every day, and up to 360 at the Central Bus Terminal. During the first weeks of the Russian war of aggression against Ukraine, Berlin had been the main destination for war refugees from there in Germany. At some point, the federal government made sure many of them were sent to other cities and federal states.

The Integration Senator stated Berlin could only estimate how many refugees it was accommodating right now. Until August 31st, 2022, they have the right to stay in Germany without visas. Mrs. Kipping said some of the refugees who had lived in private accommodations in Berlin at first had travelled on to other federal states or countries. She also said some Ukrainians were now returning to their country via Poland.

Refugees who do not have required documents from the State Authority for Refugee Matters (LAF) or the State Office for Immigration (LEA), are still being taken to the refugee center at former Tegel Airport. There, they can apply for the papers they need. Many Ukrainians who get there will be sent to refugee centers in other parts of Germany. Until April 21st, 22,800 war refugees were registered in Tegel. Some 8,000 of them were accommodated in Berlin afterwards.

A week ago, Berlin’s social welfare authorities had provided aid to 40,677 Ukrainian war refugees. Many of them received immediate help, meaning they were given money on the spot which they could use for food and other needs. Every day, up to 300 Ukrainians apply for social welfare in Berlin. According to Senator Katja Kipping, the LEA had 24,906 applications for residence permits for a total of 49,391 refugees. Since then, 10,000 applications were approved. The authorities believe many Ukrainians who get here will stay in the Federal Republic of Germany even after the war.

Germany has a formula according to which Berlin is responsible for the accommodation for 5.2 percent of all incoming refugees in situations of this kind. Therefore, the authorities in charge know how many of them they need to send elsewhere in Germany. But nobody is forced to leave Berlin. At the Tegel refugee center, the war refugees get medical help of all kinds, provided by the German Red Cross, and everything else they need.

There are 1,426 beds for refugees in Tegel and 21,998 of them in official refugee hostels in Berlin. Most of them are occupied these days. In total, Germany has welcomed some 400,000 Ukrainians and war refugees of other nationalities who lived there when Russia attacked its smaller neighbor on February 24th.