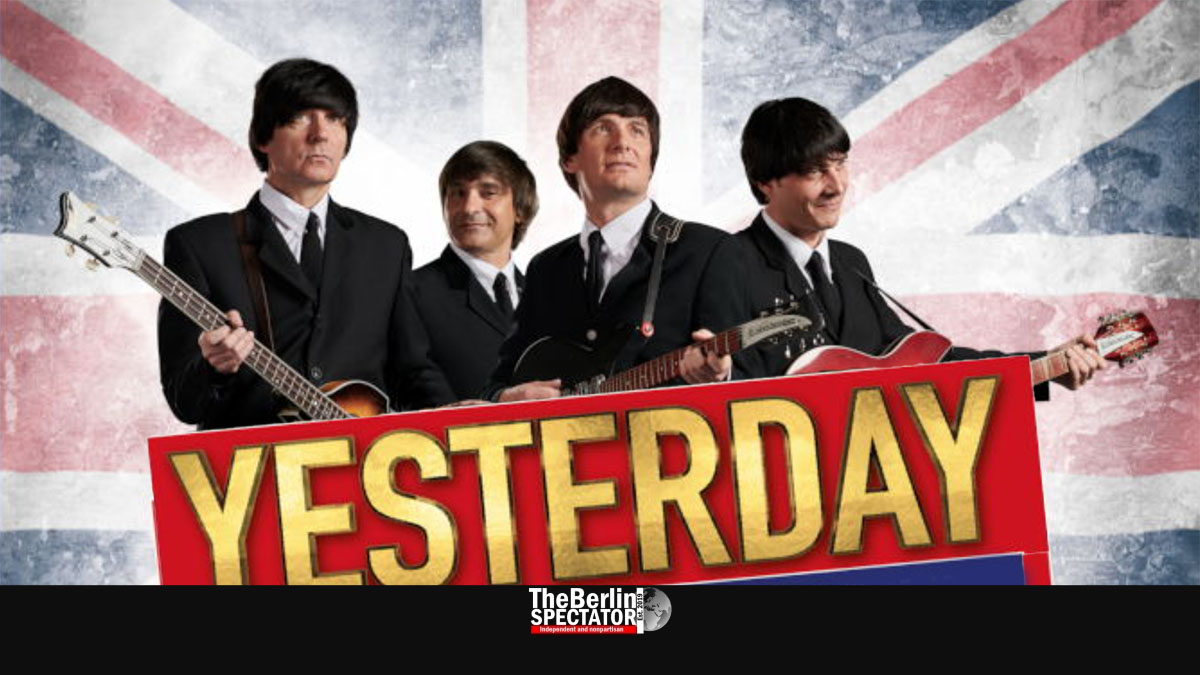 Thousands of miles from Broadway, in Germany, countless musicals can be experienced. There are two Beatles shows, two Queen musicals and a lot of other productions. Guess how many Abba shows there are.

Berlin, April 29th, 2022 (The Berlin Spectator) — What a shock. In 1970, the Beatles, the band that changed Rock’n’Roll substantially and pulled huge crows wherever they hit stages, were disbanded. Everyone knows the Blue Album, the Red Album, the White Album, ‘Revolver’ and all of those records by heart. And suddenly, they were gone? Today, two out of four former Beatles are alive. But all four can be seen in a musical.

All You Need is Yesterday

‘Yesterday’ obviously is the title of one of the Beatles’ many hits, of a romantic comedy that contains truckloads of Beatles songs and hit cinema screens in 2019, but also a Beatles musical performed by four artists known as the London West End Beatles, in a German production. This musical tells the band’s story, including those times when they gigged at Hamburg’s Stage Club.

‘Yesterday’ will be on in Nuremberg and Hof in January of next year (2023), as well as in Bremen in March. More dates will likely be added soon. By the way: Today and tomorrow, another Beatles musical entitled ‘All You Need is Love’ will be staged in Alsdorf and Koblenz.

Musicals that remind people of great artists and their music are very popular these days, especially in Germany. ‘Tina’ is the title of the Tina Turner musical about this stunning singer whose sensational career is more than interesting. It all started in Nutbush, Tennessee, and peaked in huge successes she scored, both as one half of the Ike & Tina Turner duo and as a solo artist.

In Hamburg, ‘Tina’, the musical, has been performed for years. On August 18th, 2022, the endeavor is scheduled to end. But, only months later, from March 18th, 2023, it will pop up in Stuttgart. Tickets for both cities are available here. Do we remember ‘Nutbush City Limits? Oh, yeah. What about ‘Two People’? Of course!

The Spirit of Abba

All of this is only the tip of the iceberg. ‘Abbamania’, an Abba show, will make landfall all over Germany in 2023. At the same time, a production called ‘Thank You for the Music’, in reference to a big hit of theirs, will be presented as well. They would not come up with yet another Abba show, would they? Actually yes, they would. ‘Mamma Mia’ will be on stage in Hamburg this fall.

Those who believe Abba and the Beatles are the only acts that have more than one show in their honor should think again. In Berlin, ‘We Will Rock You’, a Queen musical, is scheduled to be performed. Later in May, ‘The Spirit of Freddy Mercury’ will be on stage in two German and countless Austrian cities.

Is this all? No. ‘Massachusetts’, the Bee Gees musical will be on soon, in Potsdam and quite a list of other small cities in Germany. ‘Cirque du Soleil‘, anyone? ‘Lord of the Dance’? No? Well, you can still check the ‘Rocky Horror Show‘, ‘Aladdin‘ in Stuttgart, ‘Holiday on Ice‘ or ‘The Lion King’ in Hamburg. Hakuna matata. Did we mention there are a lot of musicals in Germany?