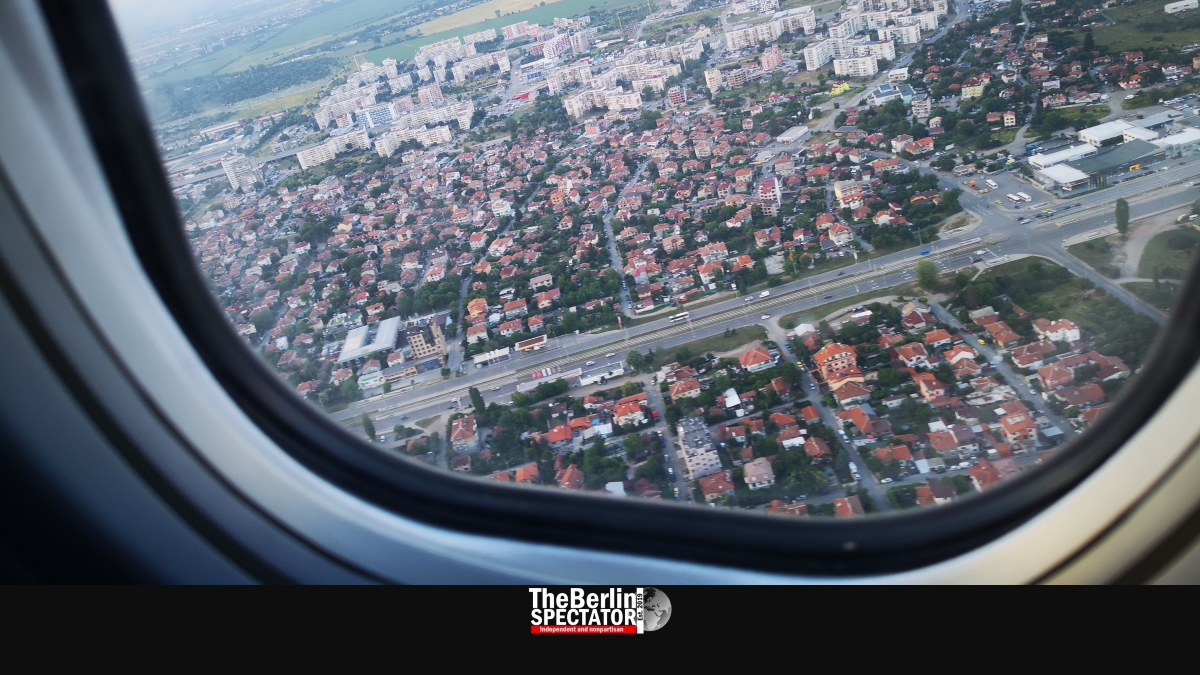 FBB, the company that runs BER Airport in Schönefeld, Brandenburg, just sent out its report for last year. Yes, there is bad and good news. The bad news is that the elegant new airport and aviation as a whole were affected by a mean virus called Corona. And the good news?

Berlin, May 3rd, 2022 (The Berlin Spectator) — BER Airport was not built for the cows on Brandenburgian pastures or the few apple pickers and farmers who live in the villages this nice state has, but for the more than 6 million inhabitants of the Berlin Brandenburg region 3.8 million of which are Berliners. They usually fly like crazy unless a mean virus prevents them from doing so, which is what happened in 2021.

A Million a Month

October 31st, 2020, was the big day when BER was inaugurated. This means that 2021 was “year no. 1” for the airport, as its CEO Aletta von Massenbach and her CPO Michael Halberstadt pointed out accurately in the annual report they just sent out. Forget the first two quarters. This was when Mr. Virus controlled pretty much everything. Back then, the Corona regulations changed every five minutes, borders were closed and travelling was not a good idea.

Starting in the summer of last year, things changed for the better. At least a million passengers per month were registered at BER, according to Aletta von Massenbach. She said she had wanted to provide the best service possible, in spite of it all, while protecting everyone from Corona. The third goal BER Airport’s management had was to get rid of some of its pretty bad debt. All three goals were reached, the management says, while processes at the new airport had been improved.

Still, BER Airport did need a lot of money from its three owners, namely the federal state of Brandenburg, the city state of Berlin and the Federal Republic of Germany. In order to save, Terminal 5 was closed and the brand new Terminal 2 was kept closed. It was opened this year, a month and a half ago, when the passenger numbers rose. Now, FBB, the company that runs BER Airport, is hoping to get to the level of 2019 by 2026. The fact that the virus is still here and the Russian war of aggression against Ukraine are not exactly helping. In 2019, more than 35 million passengers were counted at the two former airports Tegel and Schönefeld.

Slightly more than half of all passengers came to BER Airport by train or bus in 2021. As many as 850,000 times, someone left a vehicle in its expensive parking garages, and 2.8 million pieces of luggage were checked in. More than 50,000 metric tons of freight were transported. Thanks to Ryanair, the Boeing 737-800 was the aircraft model that landed and took off the most.

One question is still open: What is the good news? Well, we do not know. In the aviation business, the situation could be even worse. And the passenger numbers are increasing to some extent. That’s it.