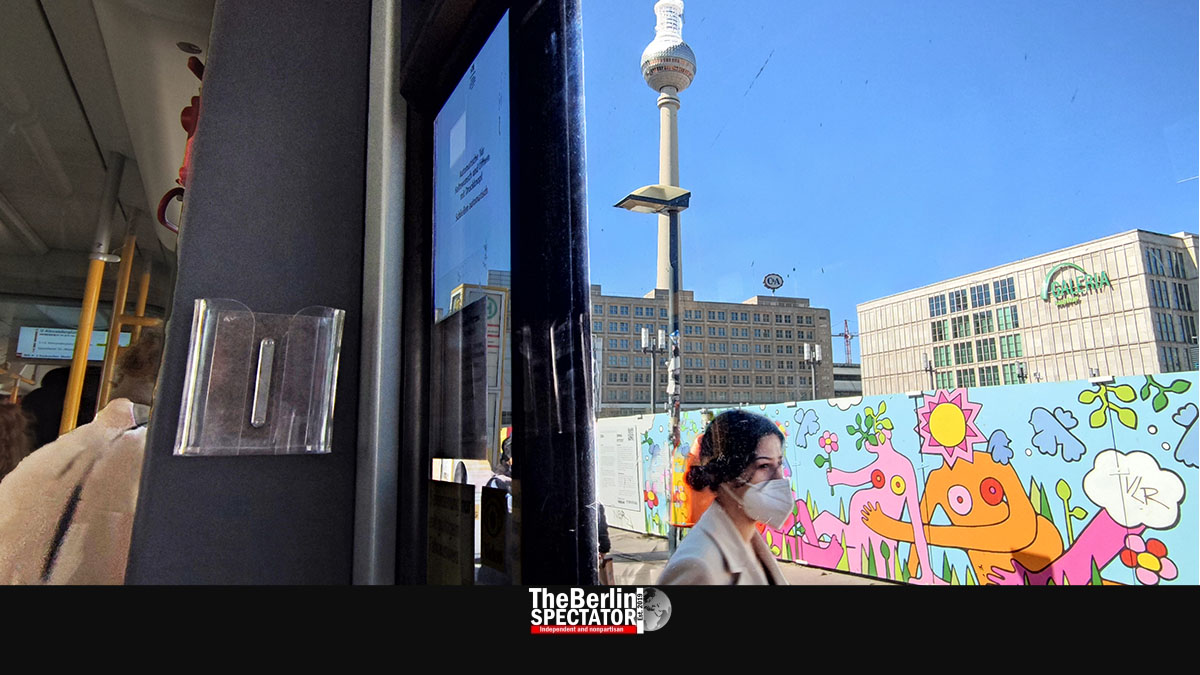 Starting on Friday, persons who are infected with the Coronavirus can decrease the time they need to spend in isolation to five days, under certain conditions. ‘Contact persons’ do not have to go into quarantine at all. This will apply in both Berlin and Brandenburg.

Berlin, May 4th, 2022 (The Berlin Spectator) — After two weeks of discussions in the Berlin Senate, Governing Mayor Franziska Giffey’s center-left government coalition has reached an agreement. In the city state of Berlin, the quarantine rules are about to change substantially. The ordinance the Senate just passed shortens the minimum amount of time persons infected with the Coronavirus have to isolate themselves.

Persons who were infected, but have not had symptoms for 48 hours may get out of isolation after a minimum of five days if they provide a Corona test result with a negative result from a certified Corona test site. Until now, the minimum quarantine period had been seven days.

In case the individual in question has not been symptom-free for 48 hours after five days, the isolation period prolongs itself until he or she is symptom-free for 48 hours and tests negative, or until the person has been in quarantine for ten days. After this maximum duration, a Corona test will not be necessary anymore, meaning the person may get out of isolation no matter what.

Since Germany got rid of most of its Corona regulations in early April, the quarantine rules have been discussed a lot. Originally, the federal government had wanted to throw them overboard. Infected persons were supposed to go into isolation voluntarily. Then, on April 7th, 2022, Health Minister Karl Lauterbach pulled the emergency brake, admitted a mistake and reversed course. There would be a mandatory isolation after all, he stated.

Berlin just adapted to the new rules. Neighboring Brandenburg followed suit, meaning it put in place the same isolation rules. Those contain more changes: Persons who were in contact with infected individuals, so-called ‘contact persons’, will not have to go into quarantine anymore, unless the local health authority decides otherwise. For now, the new quarantine rules are supposed to apply from May 6th to June 3rd, 2022.

In the meantime, the total number of Germans and residents of other nationalities who have been infected with the Coronavirus since the crisis began in early 2020 just surpassed 25 million. Since yesterday, the Robert Koch Institute registered 106,631 new Corona infections. Germany’s Seven Day Incidence decreased to 591.8. Berlin (577.8) and Brandenburg (431.1) are among the federal states with lower Incidence levels, compared to most others.