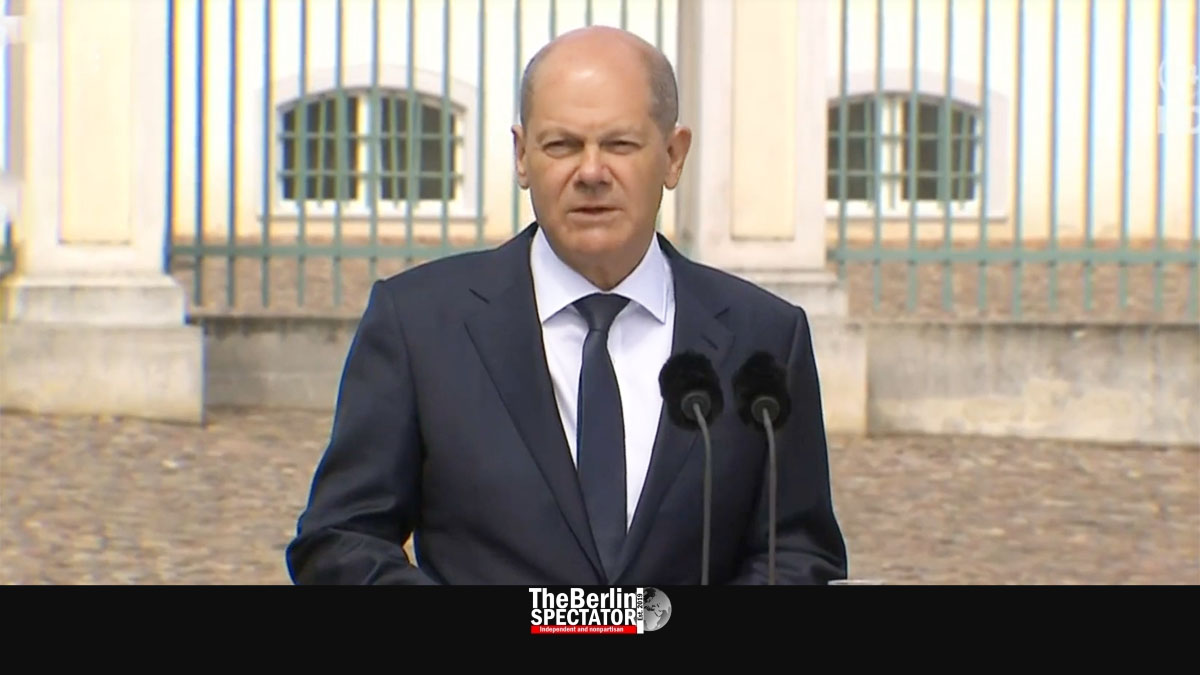 At a conference in Brandenburg, Chancellor Scholz’ cabinet members discussed the big challenges they are confronted with these days. And they demonstrated unity after a series of arguments which were not exactly helpful. Three crises, Corona, the war and the climate, were in the center of the attention.

Berlin, May 5th, 2022 (The Berlin Spectator) — Olaf Scholz’s new government started off in a difficult situation. The coalition, which consists of his center-left Social Democrats, the left-wing Greens and the center-right Free Democrats, was born into the biggest crisis the Federal Republic has had since its foundation. Fighting the Coronavirus was the main task from day 1.

Then, Russia’s war of aggression against Ukraine commenced. For weeks, Olaf Scholz was put under pressure by MPs of the FDP and the Greens who said he needed to send heavy weapons to Ukraine, even though this was exactly what he was working on. There were arguments within the coalition as well. At a conference at Meseberg Palace, which is Germany’s official guest house, it was time for the cabinet members to show unity.

The cooperation in the coalition was good, Olaf Scholz said at the retreat in Brandenburg. He stated the conference at Meseberg Palace had helped the government to be in the position to continue its difficult work jointly and in solidarity. According to the Green Vice Chancellor and Commerce Minister Robert Habeck, the lightness of the new awakening the coalition had wanted to commence its work with has not returned, but the conference gave its participants the motivational push they needed.

Finance Minister Christian Lindner, who is also chairman of the Free Democrats, said the conference had taken place in a relaxed atmosphere. Once in a while, the Ministers had even “laughed lustily”. Some differences of opinion, in regard to the Corona policy and the war, seem to have been overcome. Many aspects were discussed, including Germany’s preparation for more Coronavirus waves.

Germany’s position on Vladimir Putin’s war always requires discussions and compromise between the partners. Another huge challenge is the climate crisis which was supposed to be in the center of the government’s attention, until the war began. From now on, the coalition intends to look more united on the most important issues. This aspect is important, also because arguments that were fought out publicly have already led to failures, including the mandatory Corona vaccinations Scholz wanted to push through the Bundestag.

From now on, Chancellor Scholz and his cabinet want to discuss issues internally, take decisions and then defend the latter publicly. Arguing about policies in public, via the media, is off limits. This should have been the case all along, but wasn’t.

More big challenges are waiting. The planned oil embargo against Russia could increase energy prices even more. The same applies to a natural gas embargo that might follow later. These measures could cost Germany many jobs too. More expensive relief packages might have to be put together. At the same time, everyone, including the government, is afraid of what Corona may have in store for Germany and the world when the next cold season begins in five months from now.