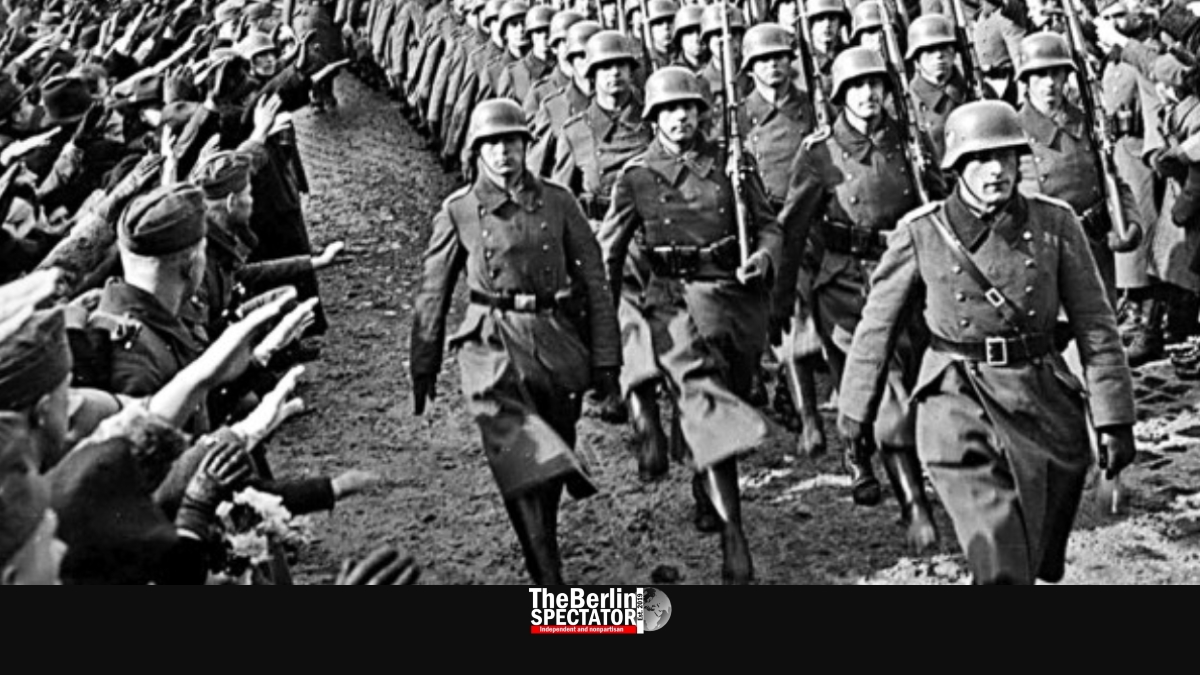 Seven-Seven years ago today, General Alfred Jodl signed Nazi Germany’s unconditional surrender. The Allies, including the Soviet Union, had finally liberated Europe from fascism. Today and tomorrow, commemorations for the victims are scheduled to take place in a difficult situation.

Berlin, May 8th, 2022 (The Berlin Spectator) — On May 6th, 1945, the German Wehrmacht’s Colonel-General Alfred Jodl walked into the HQ of the Supreme Headquarters Allied Expeditionary Force (SHAEF) in the French city of Reims. The SHAEF was headed by U.S. General Dwight Eisenhower. Jodl wanted to sign a partial surrender, to the Western Allies only, but he did not get what he wanted. Eisenhower insisted on an unconditional surrender which included the Soviet Union as well. On May 8th, 1945, seventy-seven years ago today, Jodl signed.

Not only had Germany attacked and conquered the better part of Europe in a war that involved terror, death and expulsion all over the place. But it had also planned and implemented the Holocaust. Six million European Jews and countless members of other minorities, including Gypsies and homosexuals, were murdered in a giant, carefully organized campaign. Concentration camps, the worst places on Earth, were built for that purpose.

In the Federal Republic of Germany, May 8th was seen as a defeat for Germany rather than a liberation for several decades. Finally, in May of 1970, 52 years ago, the Social-Democratic Chancellor Willy Brandt used the word “liberation” and the term “new beginning” in this context.

It took 40 years until things were finally put in perspective. On May 8th of 1985, thirty-seven years ago, President Richard von Weizsäcker held a celebrated speech at the Berlin Bundestag. “All of us, whether guilty or not, whether young or old, must accept the past. We are all affected by the consequences and liable for it”, von Weizsäcker stated back then. “We Germans must look the truth straight in the eye, without embellishment and without distortion. […] There can be no reconciliation without remembrance.”

“Today, we are commemorating the millions of victims of the inhuman Nazi dictatorship and the criminal German war of extermination”, Berlin’s Governing Mayor Franziska Giffey said on the eve of the 77th anniversary of the Allies’ victory over Nazi Germany. “At the same time, we bow to the Allies who liberated our country and Europe from tyranny 77 years ago. More than 60 million people had to die before the World War started by Nazi Germany came to an end. Especially in Poland and the former Soviet Union, the German occupiers were brutal and barbaric.”

“We have learned a lesson from the catastrophe of WWII”, Franziska Giffey stated. The Germans were aware of the importance “of a unified Europe in peace and democracy.” They were thankful for being surrounded by partners who advocated freedom and universal human rights. “That is why it depresses me to know that only two flight hours away a war, in Europe, a war is bringing terrible sorrow and harm to people.” The Governing Mayor said she hoped dignified commemorations would be possible today, in spite of the situation in Ukraine. And she told the Ukrainians Berlin was siding with them.

Because of Russia’s war of aggression against Ukraine, Berlin’s Senate Administration of the Interior announced some rules that apply today. Holding Russian or Ukrainian flags at 15 memorials around the city is prohibited. Uniforms, or parts of them, may not be worn there. Diplomats and WWII veterans are exempt.

Diplomats from the Russian Embassy in Berlin were going to take part in ceremonies without disclosing the times and exact locations in advance. Russia celebrates its victory anniversaries on May 9th. ‘The Grey Wolfes’, a biker gang that supports Russia’s dictator Vladimir Putin, is expected to show up in Berlin. On the other hand, peace activists were going to protest against his war in Ukraine. Thousands of police officers are supposed to make sure the commemorations can take place, and protect everyone at the same time.

As many as 31 protests were registered for today. Many of those rallies are against Russia’s war in Ukraine, others oppose war in general and commemorate the victims of WWII.