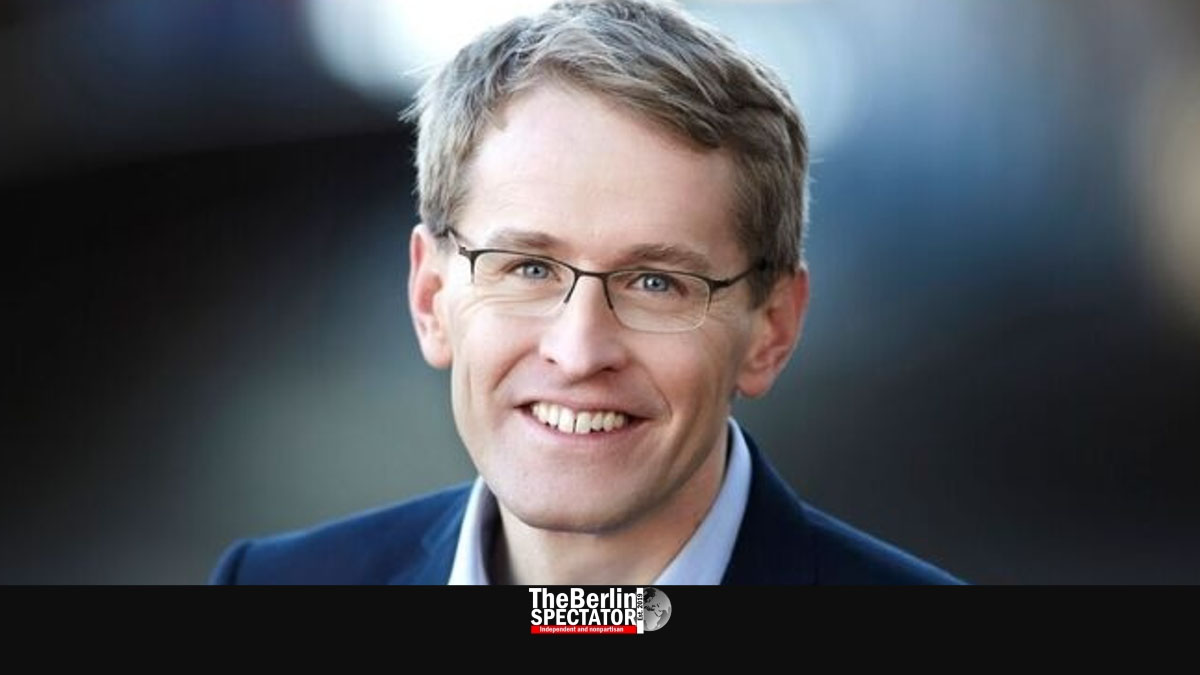 The First Minister of Schleswig-Holstein, Daniel Günther, just scored a big election win. In the capital of Kiel, he is the one who will have to form a new government coalition. His CDU had not won any major elections in Germany since June of last year.

Berlin, May 8th, 2022. Update May 9th, 2022, 6:48 a.m. CEDT (The Berlin Spectator) — The voters in Schleswig-Holstein, some 2.2 million of them, have spoken. Daniel Günther’s Christian-Democratic Union (CDU) got far more than twice as many votes as the Social Democrats (SPD) or the Greens.

In Schleswig-Holstein, there are seven major parties. They are the center-right CDU, the center-left SPD, the left-win Greens, the center-right FDP, the far-left ‘Die Linke’ and the extremist right-wing AfD. In addition, there is the SSW, the party of the Danish minority up there. By law, it is exempt from the the five-percent threshold which applies to all other parties, meaning all parties but the SSW needed at least 5 percent of the vote to enter the state parliament in Kiel.

Up to now, the 48-year-old Daniel Günther has been running a coalition government with the Greens and the FDP. He now has the choice between a continuation of his ‘Jamaica Coalition’ or a two-party coalition with either of them. In part, the political scientist won because he is likeable, from the perspective of many voters, even those who vote for other parties or used to do so until he came along. and scandal-free.

During the campaign, he and his CDU have said they wanted to “turn schools into launch pads for the future”. The CDU also want “to make Schleswig-Holstein the first climate-neutral state” in Germany by using regenerative energy sources. This is what one of his junior partners, the Green party, has said for decades. Strengthening the the police is another major point in Günther’s election program. The SPD seems to have failed to spread excitement with its intention to concentrate on social policies more.

Daniel Günther arrived at the CDU’s election party at 6:39 p.m. on Sunday. He said the voters had conveyed a clear message. They trusted him and the party. His government had found “a new governing style” with very different coalition partners who had contributed to the trust the voters had shown. He thanked both the Greens and the FDP.

Karin Prien of the CDU, who has been serving as Schleswig-Holstein’s Education Minister since 2017, thanked the voters who had given her party “an incredible result”.

For the Greens, the party’s co-chairperson Ricarda Lang told ZDF television, there had been a lot of satisfaction about the approach First Minister Daniel Günther’s coalition, including the Greens, had taken. She made clear her party was ready to continue the cooperation with the CDU.

The SPD’s Secretary General Kevin Kühnert said, this was “not a good evening” for his party. But he refused to see a nationwide trend. At the same time, he congratulated Governor Günther. Things would look a lot better next Sunday at the elections in North Rhine-Westphalia, he predicted.

Thomas Losse-Müller, the SPD’s main candidate stated he had known challenging a popular First Minister like Daniel Günther would be difficult. The attempt to convince voters of the SPD’s subjects had failed, Losse-Müller conceded.

Just after the polling stations closed, Tino Chrupalla of the radical right-wing AfD said in a TV interview, he hoped the final result would be higher than 5 percent. The first projections had given this party 4.5 to 4.9 percent, but it ended up at 4.4., meaning the extremists will not be part of the new state parliament. Up to now, the AfD was in all sixteen state parliaments in Germany.