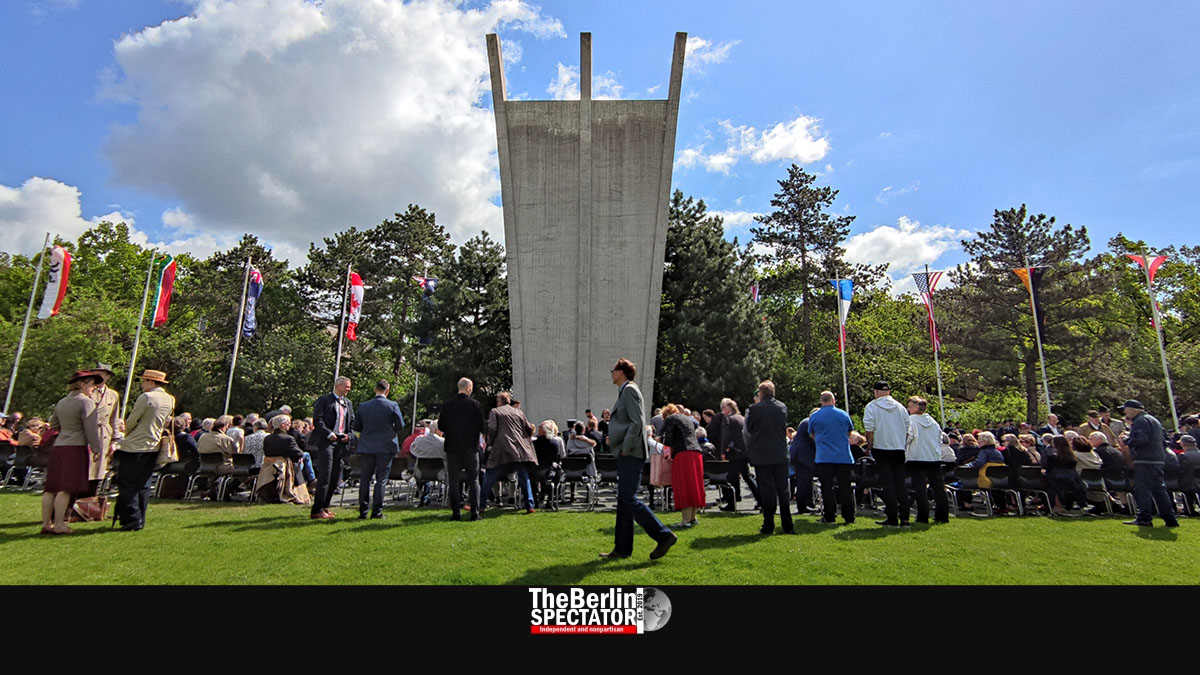 Berlin, May 12th, 2022 (The Berlin Spectator) — On June 24th, 1948, three years after the unconditional surrender of Nazi Germany, the Soviet Union started its Berlin Blockade. This meant there was no road, rail or water access to the Western sectors of Berlin anymore. In order to save the affected residents, the Western Allies started the biggest airlift of all time, known as the Berlin Airlift.

Thousands of Tons Per Day

Air crews from the U.S. Air Force, the British Royal Air Force and the French Air Force had help from the air forces of Canada, Australia, New Zealand and South Africa. More than 200,000 flights took place. Up to 12,000 tons of food, fuel and other items were transported per day.

Then, on May 12, 1949, 73 years ago today, the Soviet Union finally reopened the land routes. Hardly anyone in the Soviet Bloc knew about the Berlin Blockade, except for the leadership in Moscow and military personnel. Even decades later, the subject was not part of history classes in the Soviet Union itself, or in ‘affiliated’ countries.

West Berliners called the planes that brought food ‘raisin bombers’, also because their pilots dropped candy for children. Especially one name, Gail Halvorsen, will be connected to those ‘raisin bombers’ forever. The former Berlin Airlift pilot from the United States of America, remained Berlin’s best friend for the rest of his life. Before Corona, he used to come to Berlin for most Airlift anniversaries. On February 17th, 2022, he died at the age of 101.

“Seventy-three years ago, one of the most serious crises Berlin has gone through since the end of the war ended”, Berlin’s Governing Mayor Franziska Giffey stated. For more than 10 months, the Soviet Union had blocked all land and water routes to the western part of the city. The residents had been provided with the bare necessities of life, via the Airlift.

“The men and women from the U.S., Great Britain, France, Canada, South Africa, New Zealand and Australia who risked their lives for the freedom and security of the city are in our thoughts”, Franziska Giffey said. “And we commemorate those who gave their lives for these goals.”

The Governing Mayor did mention the situation in Ukraine. Back then, 73 years ago, Berlin had received a wave of international help. Today, Berlin was doing its part by showing solidarity with Ukraine. Relief supplies were being sent to bombed Ukrainian cities via Deutsche Bahn’s “train track bridge”. Besides, Berlin was accommodating tens of thousands of Ukrainian refugees. “Our city, which had to count on solidarity during the Blockade, can now give back [this kind of aid]”, she stated.

For Franziska Giffey, who is in Poland right now, Berlin’s City Development Senator Andreas Geisel was part of a small ceremony at Airlift Square (‘Platz der Luftbrücke’) today. He marked the 73rd anniversary of the end of the Berlin Blockade by saying back then, Berlin had still been a city in ruins. Even before the Blockade, the residents had been confronted with hunger. They had suffered in unimaginable ways.

Geisel said those ‘raisin bombers’ had become symbols of hope. “Victors and occupiers became protectors and friends. The wave of solidarity Berlin got back then will not be forgotten”, the Senator stated. He mentioned the late Gail Halvorsen and said Berlin had officially asked his next of kin for the permission to erect a statue for him. The family had agreed and the preparation was in process.

‘Need of the Hour’

Dennis Buchner, the President of Berlin’s House of Representative, was at the ceremony too. He stated the times in which this 73rd Airlift anniversary was observed were grievous. War had returned to Europe. “We are all very concerned about the events in Ukraine. Once again, solidarity is the need of the hour, the same kind of solidarity Berliners received from the Western Allies during the Airlift”, Buchner said.

The Berlin Spectator needs your support.
There are two ways to contribute, as you can see on our Donations Page.
Donations received in the past days:
May 11th: 0 Euro
May 10th: M.C., 5 Euro
May 9th: 0 Euro
May 8th: M.G., 5 Euro
Thank you!
We also thank our 16 regular supporters who donate about 8 Euro per day, in total.
In order to become a stable project, this publication needs at least 40 Euro per day. Would you consider becoming a supporter on Paypal (one-time or monthly donations) or a patron on Patreon (monthly donations)? Thank you very much.