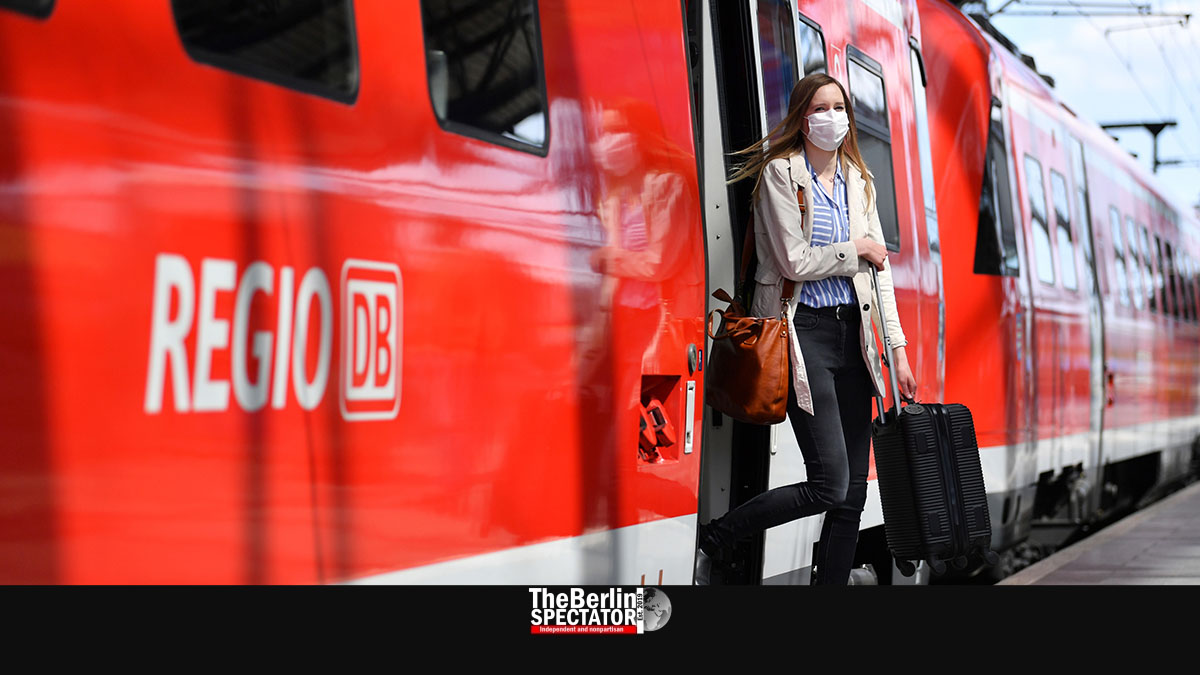 In spite of arguments on the reimbursement Germany’s government pays to the country’s sixteen federal states for losses state-owned public transport companies suffer, the 9 Euro Ticket just passed the Bundesrat. Berlin’s transport provider BVG announced it would be selling it starting right now.

Sofia, Bulgaria, May 20th, 2022. Update: 1:15 p.m. CEDT (The Berlin Spectator) — The 9 Euro Ticket is good news for tens of millions of Germans and residents of the Federal Republic with other citizenships. Both the Bundestag and the Bundesrat approved the measure. It is part of a giant relief package which is supposed to reimburse people for the extremely high energy prices. The ticket will be offered for three months only, which is why it has been criticized as a non-sustainable measure.

Some of Germany’s federal states had threatened to kill the 9 Euro Tickert at the Bundesrat because they wanted the federal government to increase the regionalization funds they receive for their public transport. But they refrained from carrying out on the threat. This means that anyone will be able to purchase the 9 Euro Ticket for June, July and August. Obviously, it costs 9 Euro (9.52 U.S. Dollars or 7.62 Pounds Sterling) for each of those months.

With this untransferable ticket, people can use public transport in all of Germany, from Flensburg in the very north to Garmisch-Partenkirchen in the south, and from Frankfurt (Oder) in the very east to Aachen in the west of the country. It is also valid for Deutsche Bahn’s (DB) regional trans. Rides on DB’s ICE, IC and EC trains are not included. But long distance trips can also be taken by regional trains, including the ‘Regionalbahn’ (RB), a ‘Regionalexpress’ (RE) and the ‘Interregioexpress’ (IRE). It just takes a lot longer.

In theory, a holder of the 9 Euro Ticket who purchases it on June 1st can travel all month long, on DB’s regional trains as well as on buses, trains and ferries run by state-owned public transport providers or their affiliates. Neither private companies such as Flixtrain or Flixbus are covered, nor is any First Class. Tickets for dogs or bicycles need to be purchased separately. Subscribers of public transport companies who pay on a monthly or annual basis are supposed to be reimbursed.

Of course, Germany’s 9 Euro Tickert has disadvantages too. Trains to tourist destinations, including the North Sea and Baltic Sea coasts, Berlin, Hamburg, Munich and mountainous regions, could be crowded. The same applies to the public transport, especially in the larger cities.

Berlin’s BVG was going to start selling the ticket starting tomorrow, on May 21st, 2022. But, in the early afternoon, the company announced sales would begin immediately. Buying it early does not give people any advantages though. From Monday, May 23rd, Deutsche Bahn was going to offer it.

On September 1st, 2022, the offer is supposed to expire, meaning the 9 Euro ticket will be dumped. The same applies to another measure the German government is taking: In June, July and August, gasoline prices will be lowered artificially, to the level that was registered before Russia’s attack on Ukraine. This measure alone will cost some 3 billion Euro (3.17 billion Dollars or 2.54 billion Pounds). These are the tax revenues the German state will lose.

The Berlin Spectator needs your support.
There are two ways to contribute, as you can see on our Donations Page.
Donations received in the past days:
May 19th: A.Z. 10 Euro
May 18th: 0 Euro
May 17th: 0 Euro
May 16th: 0 Euro
May 15th: M.S., 3 Euro
Thank you so much!
We also thank our 16 regular supporters who donate about 8 Euro per day, in total.
In order to become a stable project, this publication needs at least 40 Euro per day. Would you consider becoming a supporter on Paypal (one-time or monthly donations) or a patron on Patreon (monthly donations)? Thank you very much.