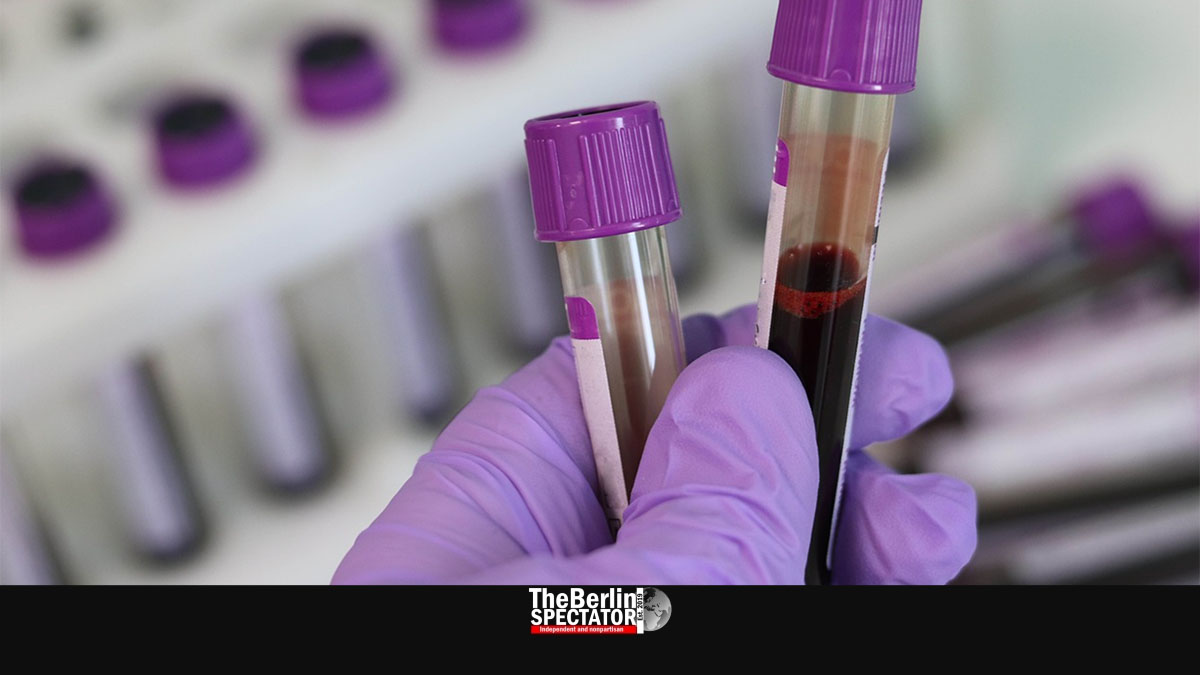 There are at least three Monkeypox cases in Germany now. Two new infections were registered in Berlin. The affected patients are in stable condition, according to the authorities.

Berlin, May 22nd, 2022. Update: 10:08 a.m. CEDT (The Berlin Spectator) — A day after Germany’s first Monkeypox case was confirmed in Munich, Berlin identified two infections. The health authorities are already tracking down persons who were in contact with the patients. According to the Senate Administration of Health, they are being educated about possible symptoms, hygiene measures and transmission paths. According to the RBB radio and TV network, Berlin already has 3 Monkeypox cases on Sunday.

At this stage, there are open questions. It is unclear how the outbreak in Europe could happen at all. Apart from Germany, France, Italy, Portugal and Spain and the United Kingdom recently confirmed Monkeypox cases. The German authorities in charge are also trying to find out whether the patients are infected with the more harmless West African variant or the dangerous Central African one.

Berlin’s Health Senator Ulrike Grothe said she was in close contact with the local health authorities, the Robert Koch Institute, the Charité hospital and the Federal Health Ministry. Everyone was trying to protect the residents of Berlin from the Monkeypox virus. There was no reason to panic, but exercising caution was the right thing to do, also because the knowledge scientists had about the virus was still preliminary. “Experts believe we do not have to fear a new pandemic”, Ulrike Grothe stated. “But we do have to act quickly and persistently to identify infections and curb the virus.

For Berlin’s Charité university clinic, its Director of Infectiology Professor Leif Erik Sander said the momentum the Monkeypox outbreak showed was unusual and needed to be taken very seriously for that reason. This was the case until the infection chains and transmission paths could be characterized more precisely and until they were disrupted. According to Professor Sander, there is “a disproportional accumulation of Monkeypox infections among men, especially after they had sexual contacts with other men.”

Sander said he recommended caution and the avoidance of unprotected contacts with unknown persons. Especially people with the usual symptoms needed to limit their contacts and seek medical help quickly. He also declared the Charité clinic was prepared to treat infected persons.

There does not seem to be a epidemiologic connection between the European Monkeypox cases and West or Central Africa. This is what surprises the experts. Germany’s Robert Koch Institute believes the threat to the general population’s health is low. But more infections will most likely be identified. Because of the Coronavirus pandemic, people might be more sensitive to virus outbreaks today than they were until 2019.

Berlin’s Senate Health Department says the main Monkeypox symptoms were temperature, headaches, muscle and back pain, swollen lymph nodes and a rash that usually started in the face before it moved to other body parts. Most patients recovered within a few weeks. A deadly disease progression was rare, a press release read.

The Berlin Spectator needs your support.
There are two ways to contribute, as you can see on our Donations Page.
Donations received in the past days:
May 21st : 0 Euro
May 20th: 0 Euro
May 19th: A.Z. 10 Euro
May 18th: 0 Euro
We also thank our 16 regular supporters who donate about 8 Euro per day, in total.
In order to become a stable project, this publication needs at least 40 Euro per day. Would you consider becoming a supporter on Paypal (one-time or monthly donations) or a patron on Patreon (monthly donations)? Thank you very much.