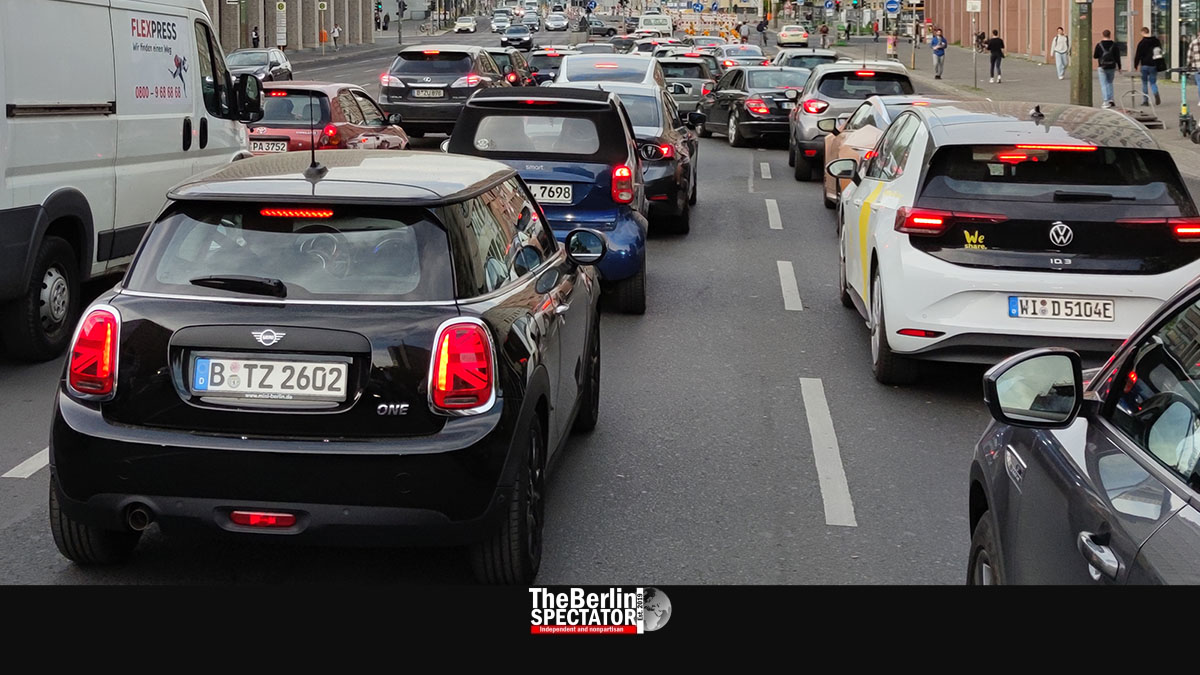 Germans and residents with other citizenships who intend to take trips by car on Ascension Day or during the upcoming Pentecost holiday will likely run into trouble in the form of traffic jams. Berlin’s Traffic Control Center and the General German Automobile Association expect a lot of congestion on Germany’s roads.

Berlin, May 26th, 2022 (The Berlin Spectator) — For Germans or expatriates in Germany who decided to use this Ascension Day weekend or the upcoming Pentecost weekend for a nice trip to the Black Forest, to Cologne, the Rhine region, Hamburg, Dresden or the Baltic Sea, with Friday as a bridge day, will likely be affected by heavy holiday traffic all over the place. A lot of patience is required. Those who left for weekend trips on Wednesday evening probably spent a lot of time in traffic jams already.

According to the General German Automobile Association (ADAC), Germany’s roads will be more congested than they were on or around the same holidays in the past two years because the Corona restrictions are gone now. Especially around big cities, lots of bad traffic jams will be developing on the Autobahnen (plural form). The fact that there are more than 1,000 construction sites on those German freeways (British English: motorways) is not exactly helpful since they will slow everyone down further.

The first bad traffic congestions were registered on Wednesday, also because there is no school on Friday in seven out of sixteen federal states. Those do include Berlin. In other states, many people took Friday off anyway, in order to have a four-day vacation. Many residents of Hamburg and Saxony-Anhalt have been on the go since last Saturday because they are on a week-long school holiday. The bad news is that most of them will be returning home on Sunday, just like everyone else. For the long Pentecost weekend, the congestion drama on the roads will repeat itself.

Sunday, May 29th and Monday, June 6th, 2022, will be the worst days of them all because of the expected homeward bound traffic. Everyone will be eager to get back to school, to the office and the other amenities of everyday life. The ADAC compiled a list of Autobahnen (!) and other roads on which it expects the worst traffic jams on the Ascension Day weekend. Here it is:

In the other two German-speaking countries, Austria and Switzerland, the situation is pretty much the same. Congestion on the roads over there has to be expected too. At the same time, Austrian and Swiss tourists will likely head to southern Germany. By doing so, they will not improve the tight traffic situation expected there, neither on the Ascension Day weekend, nor during the Pentecost Holiday.

Berlin’s Traffic Control Center expects a mess on the Autobahn A114, as well as on the federal highways B2 and B96, because of construction sites. On the Berliner Ring, which is the Autobahn around the city, things will not look too good either. This applies to both the Ascension Day weekend and the Pentecost weekend. Because Germany’s 9 Euro Ticket will already be valid for Pentecost, not only the roads will be crammed, but also the trains.