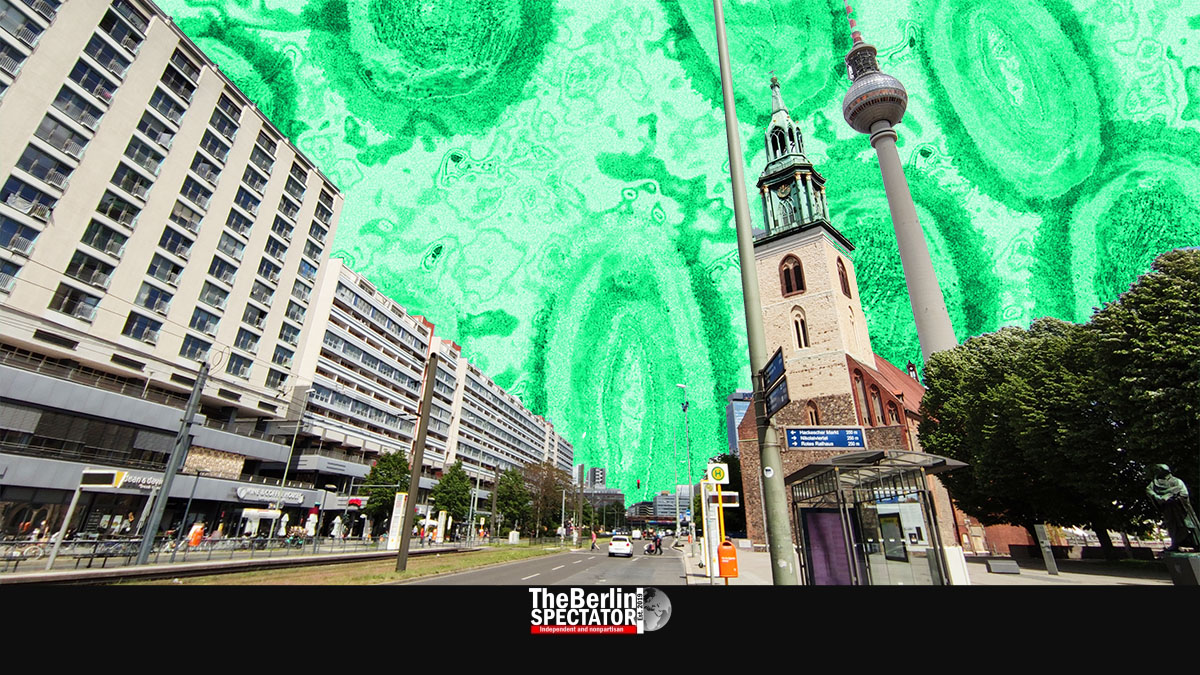 The Robert Koch Institute says 80 Monkeypox infections had been confirmed in Germany. At the same time, 72 cases were registered in Berlin alone. The official numbers do not add up completely.

Berlin, June 8th, 2022 (The Berlin Spectator) — According to Germany’s Robert Koch Institute (RKI), the number of Monkeypox cases in the country has reached 80, meaning there are 15 more than there had been before the long Pentecost weekend. The patients live in nine federal states, the RKI says.

Health Minister Karl Lauterbach recently said it did not look like there would be a Monkeypox pandemic. He is not the only expert who believes the outbreak can be contained. So far, Monkeypox cases have been reported in 30 countries, not counting states in Western and Central Africa where the virus has been spreading for years. There is no answer as to why the Monkeypox virus has reached so many countries, but scientists say there was no reason to panic.

The numbers of Monkeypox cases listed by different authorities in Germany do not add up completely right now. In the city state of Berlin, the Senate’s Health Administration just announced there were 72 confirmed cases on its turf alone. If there are indeed 80 cases in nine federal states, at least one case is missing on the RKI’s list. When we consider the fact there are five cases in Baden-Württemberg alone, it has to be assumed that not all Monkeypox infections were reported to the RKI or that it takes a long time until those cases are added to the official statistics.

In Berlin, 13 of the 72 patients there are being treated in hospitals. Only a few days ago, on Friday, there had been 48 cases in Berlin. Brandenburg reported two Monkeypox infections. The very first German case had been identified in Munich on May 20th, 2022, some two and a half weeks ago.

According to the RKI, the Monkeypox virus is being transmitted through close contact, including sexual encounters. The Senate Health Administration in Berlin says sexual contacts with several partners should be avoided and safer sex needed to be practiced in order to decrease the risk of infection.

In the meantime, Germany’s first Monkeypox patient, a Brazilian national, has recovered, according to German-language media reports. The 26-year-old was just released from a clinic in Munich, without symptoms.