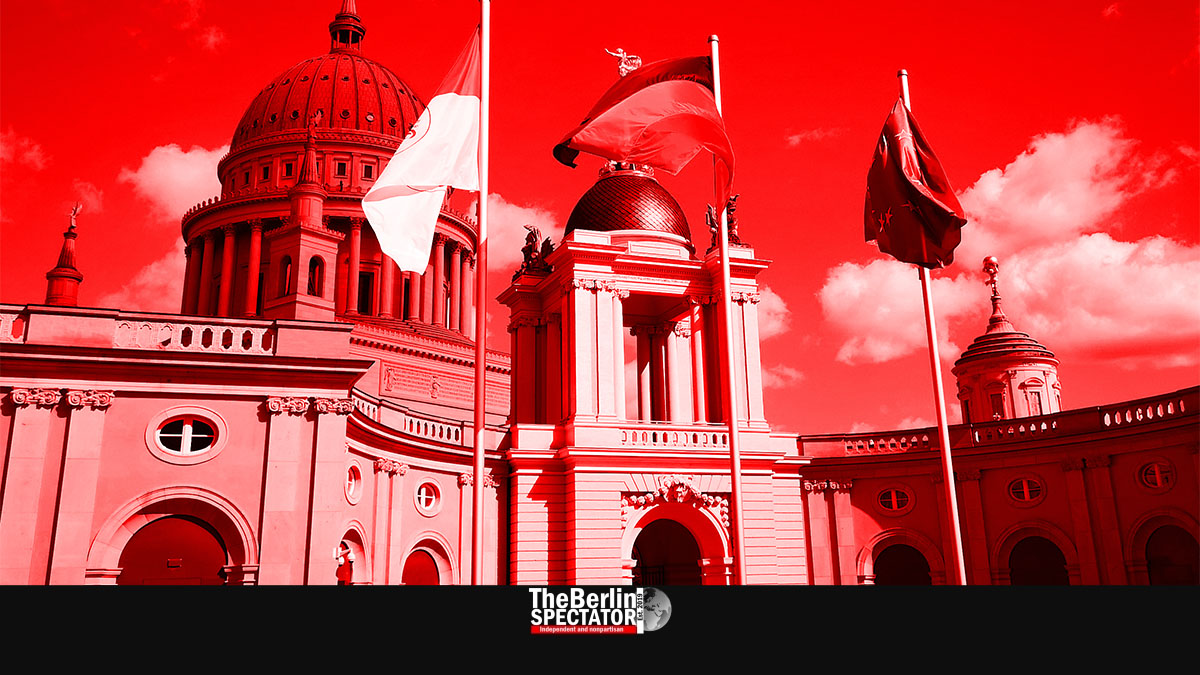 Brandenburg’s Department for the Protection of the Constitution just released its report for last year. Right-wing radicals still are the biggest danger to freedom and democracy in the federal state. But there are several other threats too.

Berlin, June 13th, 2022. Update: 9:06 p.m. CEDT (The Berlin Spectator) — On Monday, Brandenburg’s Interior Minister Michael Stübgen and Jörg Müller, who heads the Department for the Protection of the Constitution, introduced their report about extremism in Brandenburg in 2021. Right-wing extremism posed the biggest danger of them all, Stübgen stated. The number of violent crimes with this kind of motivation had increased. The radicals were attempting to make anti-constitutional content socially acceptable.

Stübgen said this development needed to be confronted. Democracy and freedom were achievements that needed to be defended against their enemies. Russia’s war of aggression against Ukraine showed this need “in a brutal way”, the Minister stated. Brandenburg state registered several kinds of extremism last year.

The report says the number of persons who were considered to be right-wing extremists had decreased by 30 to 2,830. But, at the same time, 108 violent crimes were committed by individuals who are part of this ideology, 39 more than in 2020. A party known as AfD is the largest right-wing extremist movement in Brandenburg. It is being listed as a suspected case.

According to Jörg Müller, there are strong indications that the ‘Alternative für Deutschland’ is working against Germany’s liberal democratic basic order, meaning against democracy itself. Its nationalistic wing had a big influence here, he said. The AfD is part of the Bundestag as well as all but one state parliaments, including the one in Potsdam. Especially in the area of the former GDR, the party is very strong.

Brandenburg’s report on extremism also mentions other radical right-wing parties, namely ‘Der Dritte Weg’, which seems to be trying to take over parts of the NPD, yet another party of this kind. Extremist groups with right-wing ideology are another scary aspect that are listed in the report. Some 1,600 active right-wing extremists who are not organized lived in Brandenburg too, and a total of 1,245 extreme right-wingers were ready to resort to violence, the report says. In addition, there are many supporters of this ideology, including bands and musicians.

Left-wing extremism threatens Brandenburg as well, but far less. Six hundred and thirty persons in the state fall under this category, according to the report by the Department for the Protection of the Constitution, 240 of whom are potentially violent. Last year, 18 violent crimes were committed by them. Brandenburg has less left-wing extremists than many other federal states.

There is yet another dangerous ideology in Brandenburg, namely Islamist extremism. The report says there are 160 Salafist individuals in the state. The total number of known Islamists was 210. Here, Brandenburg’s Interior Ministry sees several specific dangers. Salafism was the breeding ground for violent Jihadism, his report reads.

Scientology made it back into Brandenburg’s report on threats to the constitution and democracy, for the first time after two decades. The “extremist psycho cult” was now trying to attract members through sub-organizations such as The Way to Happiness and Applied Scholastics, it says. Scientology rejects the democratic judicial system, according to the document. In Germany, the cult has been monitored by the Office for the Protection of the Constitution since 1997.

A general problem that is being pointed out in the report is the fact that radicals of different kinds reach young Brandenburgers through social media more and more. The spread of antisemitic propaganda and other kinds of hate speech is increasing.

The full report (in German) by the Department for the Protection of the Constitution in Potsdam can be found here.