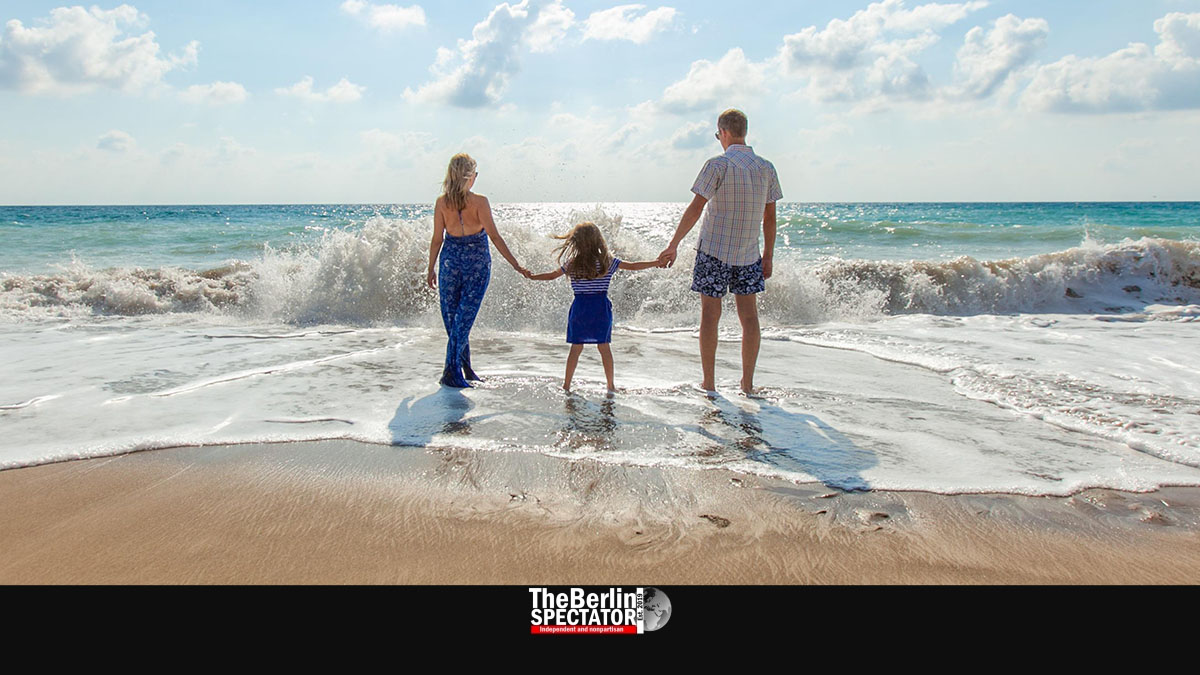 In the summer of 2022, Germans and expatriates living in Germany are looking forward to trips to nice holiday destinations. But there is trouble at airports, on trains and on the Autobahn. So, what are we supposed to do?

Berlin, July 4th, 2022 (The Berlin Spectator) — The beaches in Southern France are nice. So are hiking tours in the Rockies, hiding in those dunes at the beaches up there in Denmark, exploring Cape Town, Tokyo or Adelaide and shooting pictures of the Copacabana from Sugarloaf Mountain. Or how about finding nice spots in Germany? Have you seen the Cologne Cathedral or the Black Forest? Have you walked along the Elbe river from Blankenese to Landungsbrücken in Hamburg?

All of the above is great. But getting there is a pain this year, no matter which means of transport we choose. In two of Germany’s federal states, Schleswig-Holstein and Mecklenburg-Hither Pomerania, the summer vacations just commenced. In North Rhine-Westphalia they did a week ago. Further north, in Berlin, Brandenburg and Hamburg, they will start on Thursday of this week. In the meantime, another ten states are getting ready for their vacations. What does this mean for the situation on the Autobahn?

All major freeways in Germany, including the ones that go through the entire country from north to south, the A1 and A7, all Autobahnen in Bavaria, Baden-Württemberg, in the Ruhr Valley and everywhere else are already crammed, or they will be very soon. From July 7th, nobody really wants to be on the A10, A11, A12 or A13 around Berlin, or on the capital’s city highways. Even on normal days, they are congested. Once the vacations start, it will be hell.

Those of us who enjoy waiting in seven-hour traffic jams in 100 degrees Fahrenheit while the coolant in their engines overboils should drive to those major tourist attractions in Southern Germany. But those who do not feel like staring at rear lights, number plates and exhaust pipes all day long, and contemporaries who have looked at the gas prices lately, might want to refrain from going anywhere by car. There are other options, right? Taking the train is one of them.

Except the trains are overcrowded too, thanks to both the Germany’s 9 Euro Ticket and the vacations. On regional trains to the North Sea or the Baltic Sea, you will probably not get a seat. Taking an ICE bullet train with seat reservations would make sense if it was affordable, and if there were seats left on the main travel days.

Come on, who needs the Autobahn or the train when there is an invention that transports people to any city in the world in record time? It is known as the airplane. Yes, you sit in a big metal tube with wings, and before you can finish your lunch, you will be landing in Barcelona, at least in theory. In practice, a big mess at all major airports is expected. Last weekend, walkouts in Spain and France caused cancellations and delays. In Germany, a lack of security agents is causing headaches at BER Airport and other airline hubs.

The summary: Going by car is pointless, unless you go at midnight and drive all night. But, even then there is no guarantee you will not end up in a mess. The latter happens to train and flight passengers too. The only things that really make sense? Let’s spend our vacations at the local lake or on the balcony. Or let’s just continue staring at the damned computer screen.