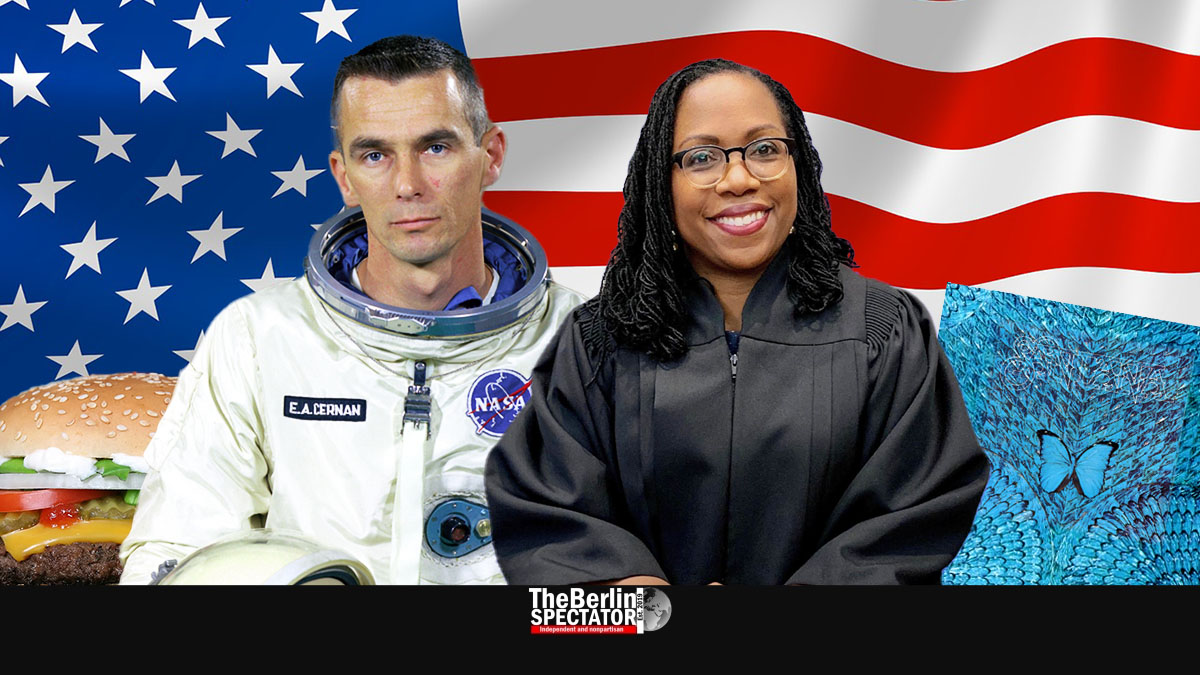 Here we are, 246 years after the United States of America declared independence from Great Britain. I reject anti-Americanism, and I declare that I love America. These are my reasons.

Berlin, July 4th, 2022 (The Berlin Spectator) — It is not all positive. The treatment of the Native Americans, slavery, some interventions and wars, including Vietnam, were wrong. There are issues today too: Donald Trump almost succeeded in destroying America’s democracy, but he has not been held accountable or stopped. The guns are one of biggest problems. So is the level of racism and similar forms of hatred.

Ready for the top 100 reasons why I love America? Their order is random. Here we go:

The beaches of Delaware

“What Do People Do All Day” by Richard Scarry

The Blue Note in Manhattan

Those old and rundown motels all over the place, with their unique atmosphere

The musicals, Broadway and all of that

The ivy league colleges and other great universities

America’s stance at the UNHRC and other United Nations bodies

Airplane watching at the park next to Ronald Reagan Washington National Airport, right at the Potomac river banks

Memories of New York City in the late 1970s

Those huge breakfasts at American diners

Talking to Amish at the markets they sell their produce at, in German

“All that Jazz” (both the music genre and the movie of this title, starring the late Roy Scheider and Jessica Lange)

The Golden Globes and the Academy Awards

Soul tunes of the late 1970s, with their expensive arrangements

The late Don Rickles, who delivered ‘insult comedy’ for decades

The impression that Americans are a little less politically correct than us Europeans, in some ways

Getting lost in the northeastern part of the D.C.

All of those political movies made in the late 1970s, including “Missing” and “The China Syndrome”

The custom of munching hamburgers while attending Jazz concerts

The smell of Cincinnati’s streets after the rain

Good Republicans such as Nikki Haley and John Kasich

Arthur Miller’s “Death of a Salesman”

The American approach to dating

All the swearing, especially among men

America’s huge contribution to the Allies’ victory over Nazi Germany

The way Americans build houses within a few hours

The museums in Washington D.C.

The multi-instrumentalist and composer Patrice Rushen

The late Eugene Cernan, who was the last man on the Moon

Trips on the Interstate 95 from the D.C. to NYC

The Mexican-American musician Carlos Santana and his band

America’s stance on Israel under Bush I, Clinton, Bush II and even Trump

The country’s diversity, in many ways

The politeness many Americans show

The sounds of Earth, Wind and Fire, the best band in the world, especially the stuff they recorded from 1976 to 1981

The national U.S. version of CNN

The size of those steaks they offer at Safeway in Virginia

The Birchmere in Annapolis, Maryland

Dulles Airport in Virginia, its retro style and atmosphere

The Boeing 747, a former bestseller that helped us travel around the world

Drive-in banks and drive-in everything

Brilliant American musicians and composers who are not with us anymore, including Charles Stepney, George Duke, Maurice White, Minnie Riperton and Janis Joplin

America’s knowhow in regard to shows and presentation

American inventions, including the telephone, the radio and the metal zipper

Millions of great American movies of all kinds

The satirical newspaper “The Onion”

The gas prices in the U.S., which are still good compared to Europe