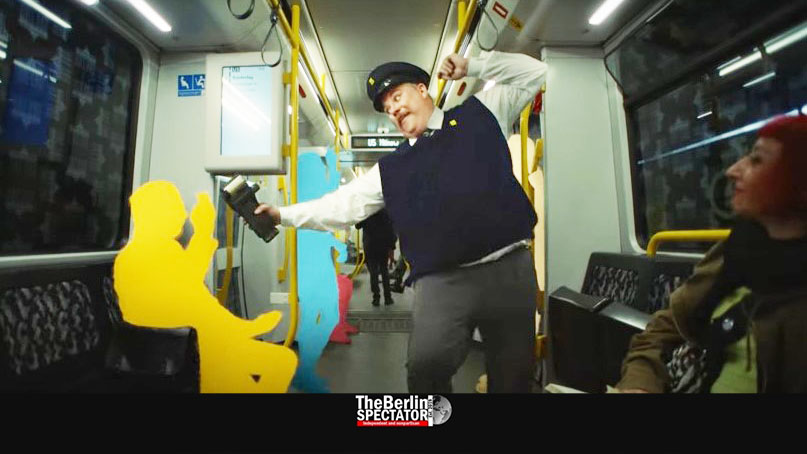 Berlin’s main public transport provider BVG will be using a new design for its seat covers. The pattern is as colorful and diverse as the city it is supposed to be used in. And it looks brighter and better than the old one.

Berlin, July 6th, 2022 (The Berlin Spectator) — In December of last year, Berlin’s largest public transport provider BVG had a problem. And no, this is not about the Corona pandemic which caused a decrease in passengers, but about the pattern of seat covers in hundreds of buses and ‘U-Bahn’ trains. A court in Hamburg decided the state-owned company may not use the design anymore. The designer had sued the BVG in a copyright protection case. Since the 1980s, the pattern he had designed was used. Not anymore.

‘A Pattern that Moves’

According to the court decision, the seats in the hundreds of vehicles the BVG owns do not have to be removed, but new buses and ‘U-Bahnen’ (the plural form of Berlin’s metro, subway, tube or underground) need a new seat cover pattern design. Well, the BVG did not waste any time. And it came up with a design that is more colorful and more attractive than the old one. In a way it reflects Berlin’s diverse population.

It is “a pattern that moves”, literally. And it is one with a statement: All Berliners are equal, no matter what their age, their origin, religion, sexual orientation or cultural imprint might be. “The BVG is showing this diversity where it cannot be overlooked by anyone, namely on the new seat cover design on buses and trains”, the company said.

‘Rhythm is a Dancer’

The BVG would not be the BVG if it had not ordered a video clip for the introduction of the new seat cover design. It includes a chubby conductor who dances to the tune “Rhythm is a Dancer”. While he checks the passengers’ tickets, he makes them move and turns them into colorful silhouettes. Guess what: Those are larger versions of the silhouettes the new seat cover design consists of. Those passengers the guy interacts with in the clip include a Punk, a father with a kid, a Muslima wearing a hijab, a Gay couple, pensioners with a dog and a lady who is doing Yoga exercises. They all look like typical Berliners. And they look like the seat cover.

“Everyone talk about diversity. We are moving it”, Christine Wolburg, a manager for the BVG, stated. “Our passengers are as colorful and diverse as the BVG and Berlin are. This is the message our new seat cover pattern conveys perfectly. This is our way to show love for the 2 million people who take rides with us on a daily basis because they are as unique and diverse as the silhouettes that are part of our new pattern” How many times did we use the adjective ‘diverse’ so far, in this article? The BVG’s message should be clear now.

Starting next week, the first double decker bus with the newly designed seat covers will be moving around on the streets of Berlin. “In the next few weeks”, another will follow. Next year, more vehicles are supposed to receive the new seat covers, including new ones. The conversion takes time.

Related article: Berlin: Up to 1,700 Electric Buses to Make City Cleaner and Quieter

Brandenburg: Forest Fire in ‘Lieberoser Heide’ Out of Control