Brandenburg: Forest Fire in ‘Lieberoser Heide’ Out of Control 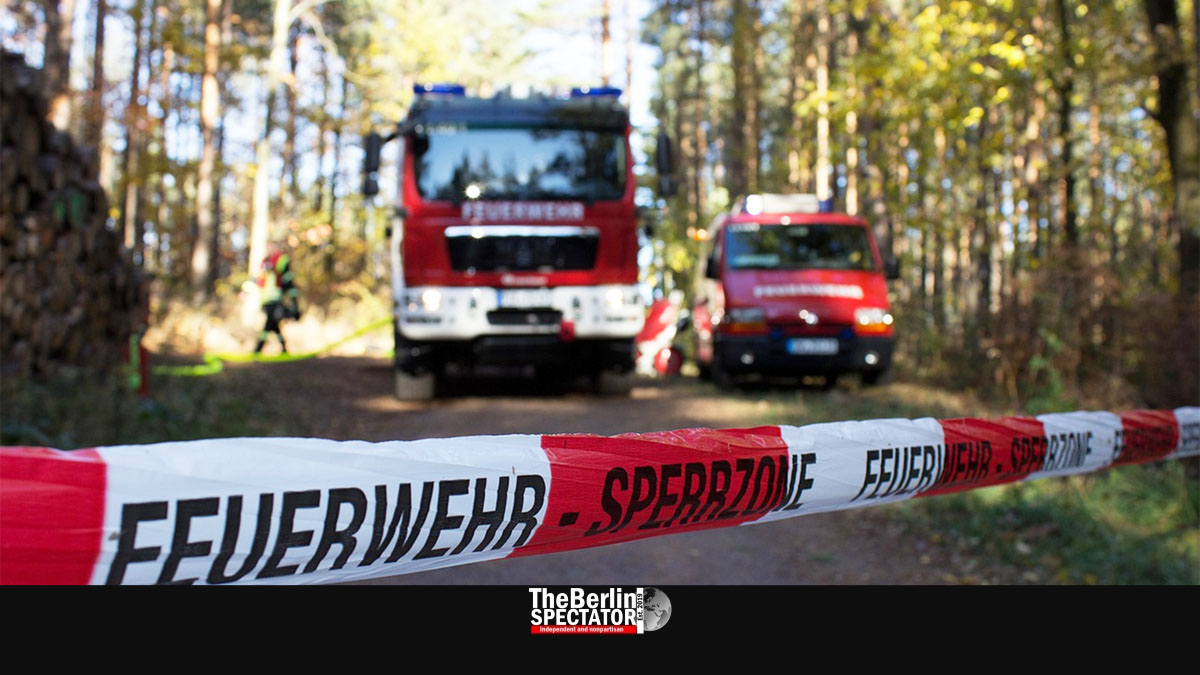 Some 90 kilometers (56 miles) southeast of Berlin, in Brandenburg’s Lieberoser Heide region, a growing forest fire is doing a lot of damage. The Fire Department and volunteers have not managed to contain it. Rain is supposed to help.

Berlin, July 6th, 2022 (The Berlin Spectator) — “Because of the forest fire in Lieberoser Heide, residents in the area are asked to close their windows”. This announcement on the radio this morning already shows how serious the situation is down there in the Brandenburgian region known for its picturesque heather and woods. Since the fire started on Monday, the area affected has grown substantially.

No End in Sight

At first, the flames engulfed some 15 hectare of woods, which is an enormous area. By now, the size of the fire has more than tripled to 50 hectare. It is not the first forest fire in Brandenburg this summer, but the biggest one, by far. The local Fire Department has not been able to bring the fire under control. More fire fighters from other parts of Brandenburg were called in. So were other forces including the Federal Police, which is now using a helicopter with a big water container in the fight against the fire.

The only good news is the fact that no residents had to be evacuated so far because no villages or towns are located in this region. The bad news? No end is in sight. The Fire Departments and their helpers have not been able to decrease the size of the fire. The opposite is the case: So far, the flames keep on spreading, and they are doing so very quickly.

More of our Features

Experts believe only rain can help effectively. According to weather forecasters, light rain is expected this morning, and moderate rain on Thursday. Whether this is enough to make a difference is unclear. In Dahme-Spreewald county, which includes Lieberoser Heide, rain is the only hope right now.

Forest fires generally pose a lot of dangers, especially for those who are fighting them. The smoke that spreads in the region is the next issue. There used to be a military training area in Lieberoser Heide. Apparently, a lot of ammunition is still buried there. One thing is certain: The combination of a forest fire that is out of control and old ammunition is definitely problematic. Wind is yet another issue.

Another Fire to Fight

On Tuesday evening, 280 firefighters were part of the operation in Lieberoser Heide. Now, even more of them are being called in. During the night, the main goal was to prevent the fire from spreading even further, according to officials. Elbe-Elster county will probably not provide help for Dahme-Spreewald. That is because the Fire Department there has its own fire to fight. Over there 17 hectares of fields are burning.