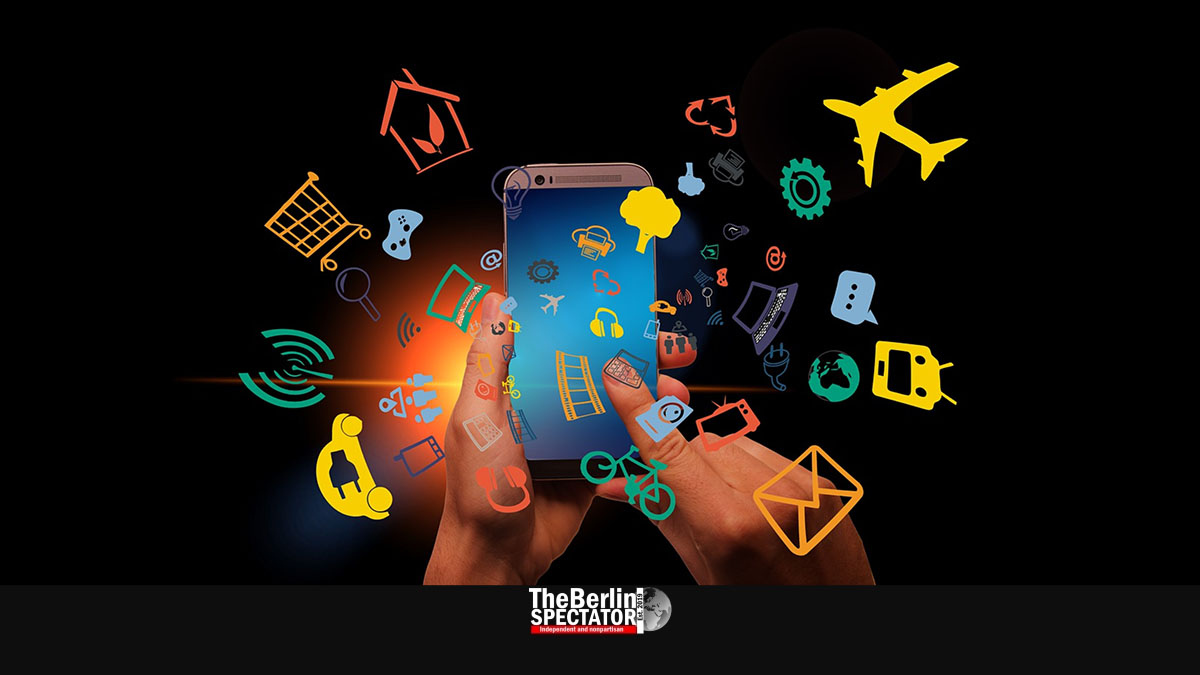 Welcome to Germany, the largest economy in Europe. Everything works well in the Federal Republic, except for things that do not. Those include the Internet connection speeds. But the government just launched its Gigabit Strategy. Hold on to your hats.

Berlin, July 14th, 2022 (The Berlin Spectator) — In Germany, 2022 can feel like 1990. This was when people tried to dial into the Internert with lame 28.8 Kbps modems. Somehow, the future has not arrived in this country which is Europe’s largest economy, or the fourth largest in the world. One thing is certain: If the size of economies solely depended on Internet connection speeds, Germany would be a developing country.

Even in Berlin and other large cities, there are far too many Internet gaps. T-Mobile customers who want to send an e-mail with a pdf attachment to a colleague at the intersection of Greifswalder Strasse and Erich Weinert Strasse in the German capital will not be able to. In 2019, Berlin’s main public transport provider BVG signed a cooperation deal with the communications corporation Telefónica. Within two years, Internet connections for everyone were supposed to be set up on all ‘U-Bahn’ trains (subway, metro, underground, tube). Today, there are still stretches down there in those tunnels in which passengers will be cut off from the virtual world.

Germans who want to download and watch the Hitchcock movie ‘Torn Curtain’ might not run into issues if they live in the right area. Those who do not will give up after trying for a while and read a book instead, because their Internet connections are just too slow. During the first year of the Corona pandemic, school kids were supposed to be taught at home, and employees had to work from their home offices. In many cases, the connections were interrupted all the time.

The fact that Germany does not look too good in the results of the latest Speedtest Global Index is not really surprising. In regard to mobile connections, the Federal Republic hit the 33rd place, sandwiched between Lithuania and Slovenia, with an average speed of 53.65 Mbps. Even Bulgaria, the poorest European Union member state which usually ends up at the very bottom of all rankings or studies, is almost twice as fast.

The Berlin Spectator urgently needs support. Would you consider becoming a supporter?
You can help this project by donating via Paypal (one-time or monthly donations) or by becoming a patron on Patreon (monthly). If you want to, you can check out our Donations Page first. Thank you very much.

On the ranking for fixed broadband connections, Germany seems to be a hopeless case. Here, it landed on the 44th place, between Trinidad and Tobago and Colombia. In this ranking, Singapore is the Lamborghini Aventador, with an average speed of 209.21 Mbps, Romania is the Toyota Corolla, with 136.07 Mbps, and Germany is the Trabant 601, with 74.21 Mbps. Its slow Internet connections annoy people and they impede the economy. Wasn’t this supposed to be the information age?

Finally, help is on its way. The German government now is on the case. Its Gigabit Strategy is supposed to improve things. In the next 8 years, many miles of fiber optic cable are supposed to be installed all over the place in order to speed up those connections. Usually, the Germans bury most of their cables. That way, they are protected against thunderstorms and vandalism. But the Gigabit Strategy even includes cable installations above ground, which is the American approach. That way, it will not take until the year 3000.

On the mobile side of things, installing radio masts is supposed to become a lot easier. For masts that are being set up temporarily, no permissions will be needed anymore. This was one of the aspects that slowed things down. Until the end of 2022, the government intends to establish where it needs to provide funding for fiber optic cables, and in what areas the telecommunications companies can cope on their own.

In 2025, half the country is supposed to covered with those modern cables. By 2030, anyone in any part of Germany will have to option to book a lightning fast Internet connection. Better 30 years late than never. “With our Gigabit Strategy, we intend to achieve a digital awakening for Germany”, Volker Wissing, Germany’s Minister of Digital Affairs and Transport, stated. “Home office work, streaming content on bullet trains and reception in mountain huts finally have to be possible without issues.”

The Berlin government will now ber asking the country’s sixteen federal states to simplify approval procedures for 5G and fiber optic cable connections. A new committee with representatives from the capital and the states is supposed to monitor the progress several times per year. Will Germany finally manage to get on the fast lane? We will know in 8 years from now.

The Berlin Spectator urgently needs support. Would you consider becoming a supporter?
You can help this project by donating via Paypal (one-time or monthly donations) or by becoming a patron on Patreon (monthly). If you want to, you can check out our Donations Page first. Thank you very much.