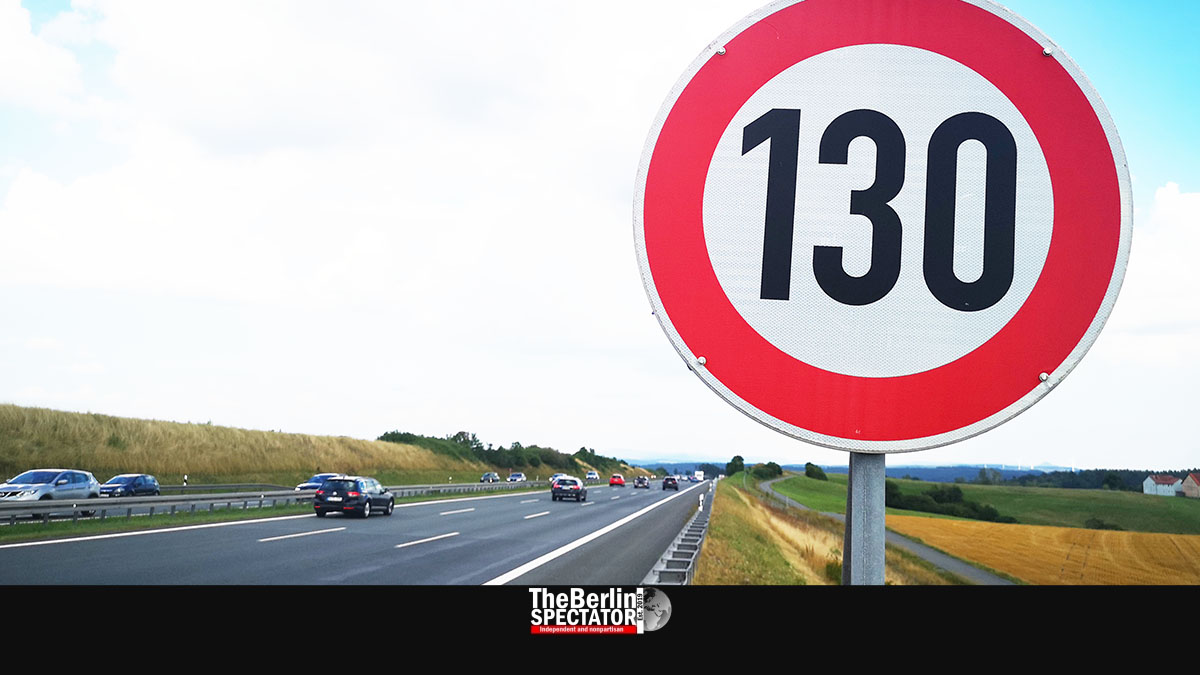 There still is no general speed limit on the German Autobahn, even though its main proponents, the Greens, are part of the government. Now, the conservatives who always opposed it are open to agree to a temporary speed limit because of the energy crisis. Will the Autobahn race finally end, at least for a while?

Berlin, July 17th, 2022 (The Berlin Spectator) — For decades, Germany has been discussing a general speed limit on the Autobahn, but it was never implemented because the auto industry is the motor of Germany’s economy and its lobby is strong. All attempts to finally follow all other countries in the European Union and the world in this regard failed. Now, a temporary measure is being discussed.

In the late 1970s, some five years after the oil crisis of 1973, the ‘Bunte Liste’, a left-wing party in Hamburg that would become part of the Greens in the early 80s, demanded a general speed limit on the Autobahn. They wanted it to be 100 km/h (62 mph). Later, it became one of the Greens’ main demands. But they did not manage to carry it through even when they became part of Chancellor Gerhard Schröder’s government in 1998.

The conservatives in Bonn, West Germany’s capital, and the auto industry always rejected the idea. They said car manufacturers such as Audi, BMW, Mercedes and Porsche needed to have the opportunity to show what their vehicles could do. Besides, with a speed limit, the sale of powerful cars would decrease. The latter argument was not too convincing because big German-made limousines sold well in the United States and many other countries in spite of their speed limits. Still, the opponents won.

Decades later, in 2019, when the climate crisis could not be disputed anymore, Chancellor Angela Merkel’s Transport Minister Andreas Scheuer said a speed limit was “contrary to common sense”. In 2021, when the Greens became part of Chancellor Olaf Scholz’ government coalition, Germany expected a general speed limit on the Autobahn. But, even then, it did not happen because the center-right FDP, Scholz’ smallest coalition partner, refused to agree.

There are plenty of good arguments for ending the Autobahn race. For instance, a vehicle that travels at 130 km/h (81 mph) will consume half the gasoline or Diesel compared to one which races down the road at 200 km/h (124 mph). Therefore, it will cause half the CO2 emissions. Accidents at 200 km/h are usually deadly. At lower speeds, there might still be a chance.

There is more: A speed limit would create a more even traffic flow on the Autobahn, meaning it would decrease both the stress level and the danger. One of the most convincing arguments is the commencing age of electric mobility. At high speeds, the range electric cars have decreases substantially.

Recently, many of the The Berlin Spectator’s articles and features have appeared in a number of obscure online publications. In case you see this article on any website other than berlinspectator.com or its newsletter page, they republished it illegally and are therefore responsible for copyright infringement.

Now, in the energy crisis caused by Russia’s war of aggression against Ukraine, a rethinking is taking place among speed limit opponents. The ‘Bild’ tabloid quoted Andreas Jung, one of the conservative CDU’s deputy chairmen. He said everything needed to be on the table now, including a temporary speed limit. One of Jung’s fellow party members from the Berlin Bundestag, Thomas Gebhart, told the same daily Germany could not afford to rule out certain options, including a 130 km/h (81 mph) speed limit.

But, for now, the chances for this kind of measure are slim. Germany will probably continue working on its climate protection goals at 150 mph. Chancellor Olaf Scholz is a proponent of a general speed limit. But, because of the coalition agreement he signed in late 2021, he has to reject the idea. He recently stated the government had not agreed to implement this measure. Therefore it would not happen.

The question whether there will be a temporary speed limit, for the duration of the ongoing crisis, is open. In order to make it happen, the FDP would have to change its position. Its chairman Finance Minister Christian Lindner is a Porsche driver.