Germany: Walkouts at Lufthansa to Cause Chaos at Airports 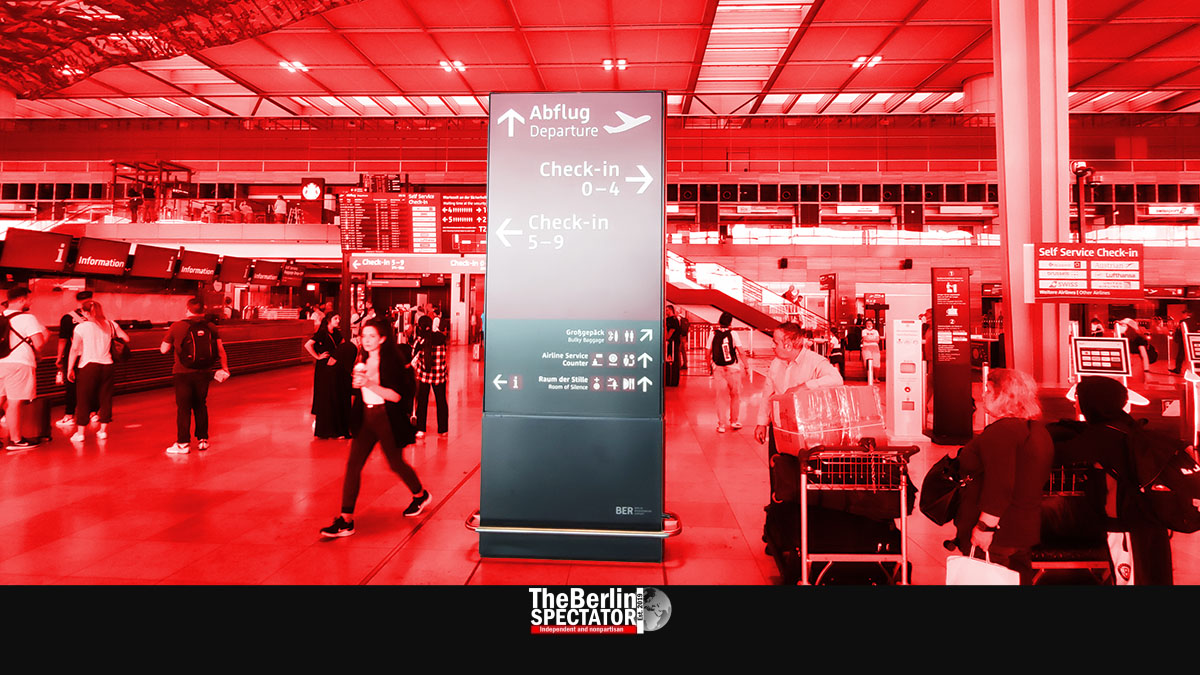 In Germany, the situation at major airports already is difficult because of the summer holidays and a lack of security personnel and baggage handlers. Now, it might worsen because Lufthansa’s ground staff will be on strike.

Berlin, July 25th, 2022 (The Berlin Spectator) — If there is one thing vacationers do not need right now it is a strike at Lufthansa. But this is exactly what will be happening on Wednesday, unless there is a quick breakthrough at the pay negotiations for the airline’s ground staff. The Verdi union now called on 20,000 employees to take part in the walkouts.

Verdi’s motivation is to put pressure on Lufthansa. The union insists on getting a salary increase of 9.5 percent for all ground staffers. They include employees at Lufthansa Technik, Lufthansa Cargo, Lufthansa AG Boden and other subsidiaries. If it indeed takes place, the strike will ground most if not all flights operated by Lufthansa and its other brands in Germany. In a way, it would affect other airlines too, especially the Germans’ cooperation partners and Lufthansa Technik’s customers.

Recently, at the last round of negitiations, Lufthansa AG came up with a proposal. According to the company, a substantial pay raise was offered, in spite of the tense situation caused by the Corona pandemic and economical difficulties. In 2020, when commercial aviation almost ceased to operate because of closed borders and contact restrictions, the German government had to bail out Lufthansa with billions of Euro. Lufthansa accused Verdi of being unreasonable.

The union brushed off the company’s statements. According to Verdi, the walkouts will begin on Wednesday at 3:45 a.m. and end on Thursday at 6:00 a.m. CEDT. This means that early morning feeder flights will be affected on Thursday as well. Besides, it takes at least a day to get the flight schedule back on track after a strike or similar events.

During the first part of the Corona pandemic, security staffers were let go because they were not needed. Now, there are not enough of them. The same applies to baggage handlers. As a result, thousands of suitcases do not make it onto the flights they are supposed to be on. Far too many passengers have to go through the anguish of tracking down their luggage. On Wednesday, they will not be able to do so because there will be nobody to talk to at the airport.

Frankfurt Airport is Germany’s largest and most important airline hub. Franz Josef Strauss Airport near Munich and Düsseldorf Airport are large as well and offer many intercontinental flight routes. Cologne/Bonn Airport, BER Airport and Hamburg Airport also handle millions of passengers per year. The load increased in the past weeks due to the summer vacations. But hundreds of flights were cancelled this summer because of the lack of staffers. On Wednesday, Lufthansa will probably come to a standstill.