Brandenburg Evacuates Residents Because of Yet Another Forest Fire 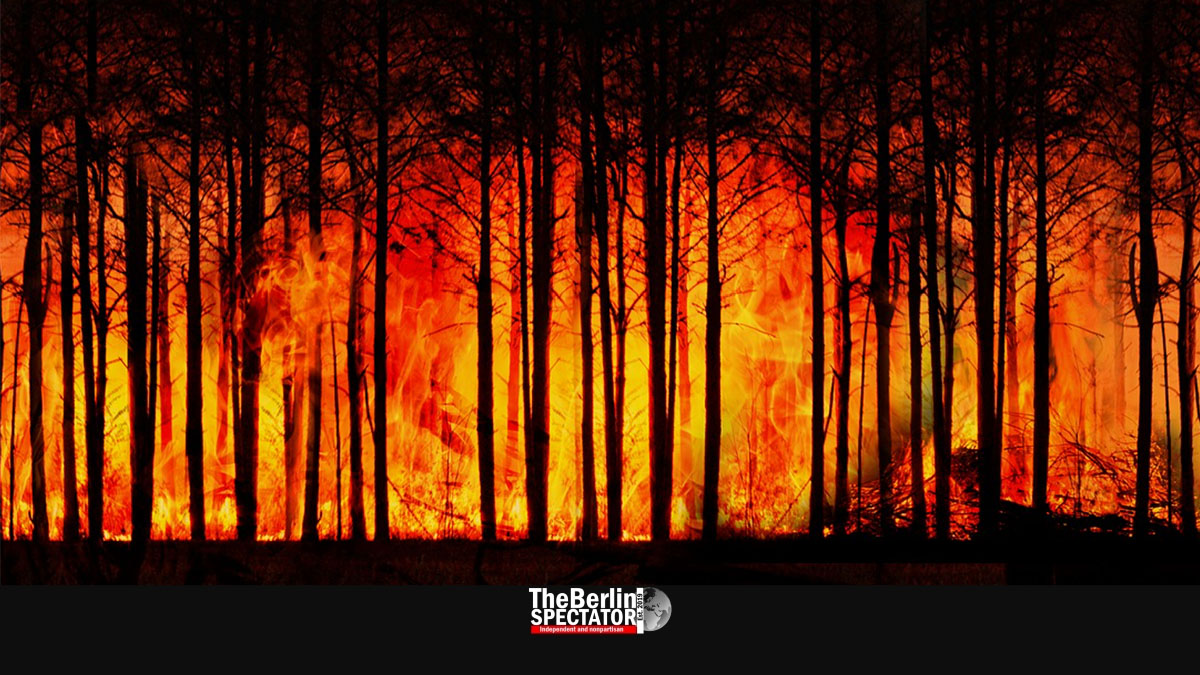 In the town of Falkenberg in southern Brandenburg, the authorities evacuated residents due to the danger posed by a new forest fire in the area. The flames are raging on an area of 800 hectares. Hundreds of firefighters are trying to save residential areas.

Berlin, July 26th, 2022 (The Berlin Spectator) — Falkenberg is located some 150 kilometers (93 miles) south of Berlin, close to the border to Saxony. The districts Kölsa, Kölsa-Siedlung and Rehfeld, on the western side of the town, needed to be evacuated on Monday evening, as the forest fires there were coming closer and closer. According to the Brandenburg Fire Department and local media, 700 residents are affected.

Because of the ongoing heat wave and draught, Brandenburg had put in place the highest alert level for forest fires, meaning the danger was and still is significant. Less than three weeks ago, trees in a wide area in the federal state’s Lieberoser Heide burned for several days. Now, it is happening in Falkenberg. Residents in Marxdorf, located a bit further south, were told to prepare for a possible evacuation as well.

Buses were sent to the affected areas when the flames were only 150 meters (492 feet) away. An emergency accommodation in the center of Falkenberg was prepared for those who cannot live with relatives or friends. The local police were monitoring the evacuation on Monday. Affected residents did not have a lot of time to prepare because the fire spread rapidly.

Media in Brandenburg reported several power-generating windmills were in the danger zone too. The Fire Department sent hundreds of firefighters to the area, including many from other counties in Brandenburg. Because of all the smoke on site residents in Falkenberg, those who are not being evacuated, at least for now, were told to keep doors and windows closed. Traffic in the area was rerouted.

Seven firefghters were injured while they tried to get the fire under control. Six of them had to be taken to hospitals. Last night, 500 members of several Fire Departments were on site. The authorities believe it might take days to extinguish the fire.

Another big forest fire that had been reported in Czechia now spread across the border into Germany. Saxony’s national park ‘Sächsische Schweiz’ is affected. The local authorities put in place a disaster alert. Unfortunately, the weather is not helping the firefighters, neither in Brandenburg nor in Saxony. In both cases, the wind is fanning the flames.

Germany: Lufthansa Cancels Almost All Flights Because of Token Strike