Germany: Lufthansa Cancels Almost All Flights Because of Token Strike 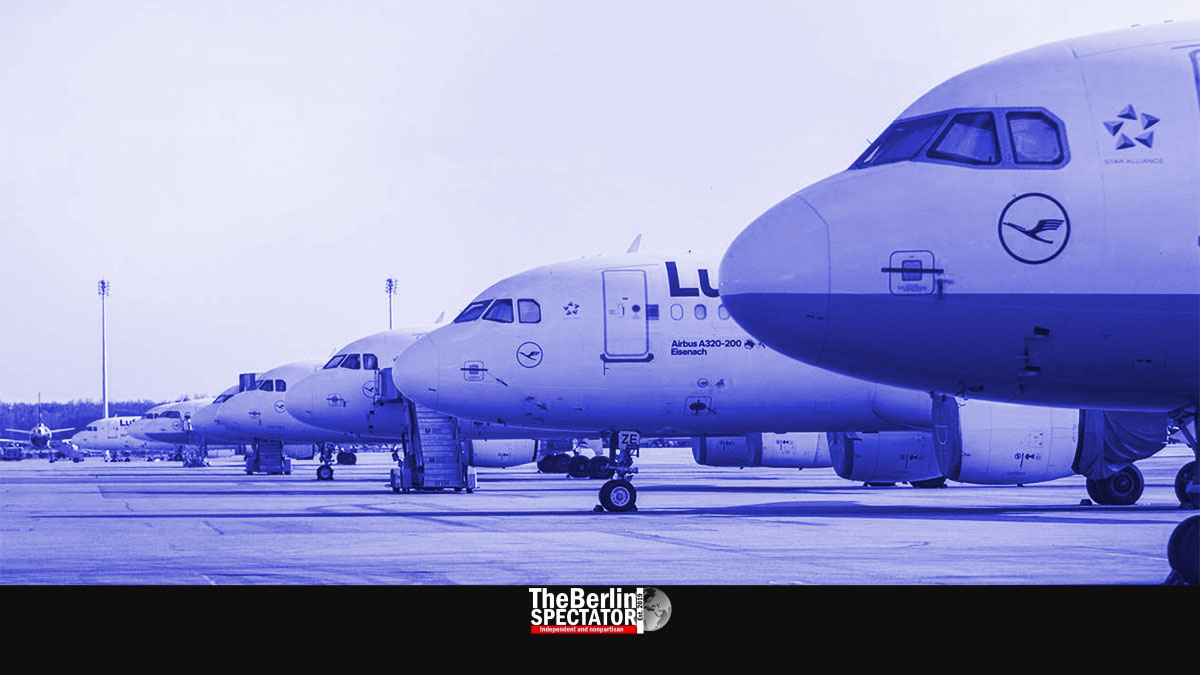 Lufthansa passengers have seen better days than this one. The airline was forced to cancel more than 1,000 flights today because its ground personnel is on strike. At Germany’s major airports, the situation is problematic.

Berlin, July 27th, 2022 (The Berlin Spectator) — Looking at the arrivals board at Frankfurt Airport, Germany’s largest airline hub, is sobering. While other airlines continue flying, there is hardly any Lufthansa flight. “Cancelled” is the most frequently used word there today. The flights to Basel, Hanover, London Heathrow, Stavanger, Stockholm, Dresden, Oslo, Copenhagen, Milan, Munich, Luxembourg, Paris, Dublin and Liverpool will not be taking off. And these are only the flights that were supposed to leave between 7:00 and 7:25 a.m. CEDT.

Frankfurt Airport’s arrivals board does not look much better. One Lufthansa flight, no. LH 1327 from Tunis, will be coming in. Those from Port Harcourt, Johannesburg, Capetown, Nairobi, New York’s JFK Airport and Dulles Airport in Virginia were cancelled or postponed by one day. Again, this is only a tiny fraction of all Lufthansa flights. There are far more of them, and just as many cancellations.

“Due to a planned strike by the German Union Verdi, representing Lufthansa ground personnel, […] flight disruptions and cancellations are likely to occur during the whole day also at Frankfurt Airport”, a message on the airport’s website reads. “Lufthansa passengers are advised to check the status of their flight prior to departure via the Internet at www.lufthansa.com.” What departrure do they mean? There are none. There is a phone number for inquiries: 01806-3724636.

It is the same picture at Franz Josef Strauss Airport near Munich and other airports all over Germany. At BER Airport in Schönefeld, Brandenburg, things do not look quite as bad, but only because Lufthansa does not have that many flights there. Compared to the airports in Frankfurt and Munich, BER is not an important hub. Besides, the Lufthansa ground crews who work there are not employed by Lufthansa, but by a partner company, meaning they might not be strike. But all Lufthansa flights listed this morning were cancelled anyway, because the groud personell at the destinations is part of today’s token strike. The same applies to those at the airports those aircraft were supposed to come in from.

The Verdi Union announced the walkouts on Monday. It wants to put pressure on Lufthansa during the ongoing negotiations about a pay raise for tens of thousands of ground crew members who work for several companies that belong to Lufthansa Group. Verdi wants 9.5 percent more, but at least 350 Euro (355 U.S. Dollars or 295 Pounds Sterling). So far, Lufthansa is willing to commit to pay 250 Euro (254 Dollars or 210 Pounds) more per employee.

In Frankfurt alone, 680 flights were cancelled. Today’s token strike affects more than 130,000 passengers. They are supposed to be rebooked to other flights, but which ones? Lufthansa concedes that there are capacity issues. Even before the strike, hundreds of flights had to be cancelled, in spite of the high demand during the ongoing summer vacations. That is because there are not enough security officers and baggage handlers. This issue has caused a chaos at several airports. Justified or not, the token strike is not improving the situation for passengers.

Brandenburg Evacuates Residents Because of Yet Another Forest Fire