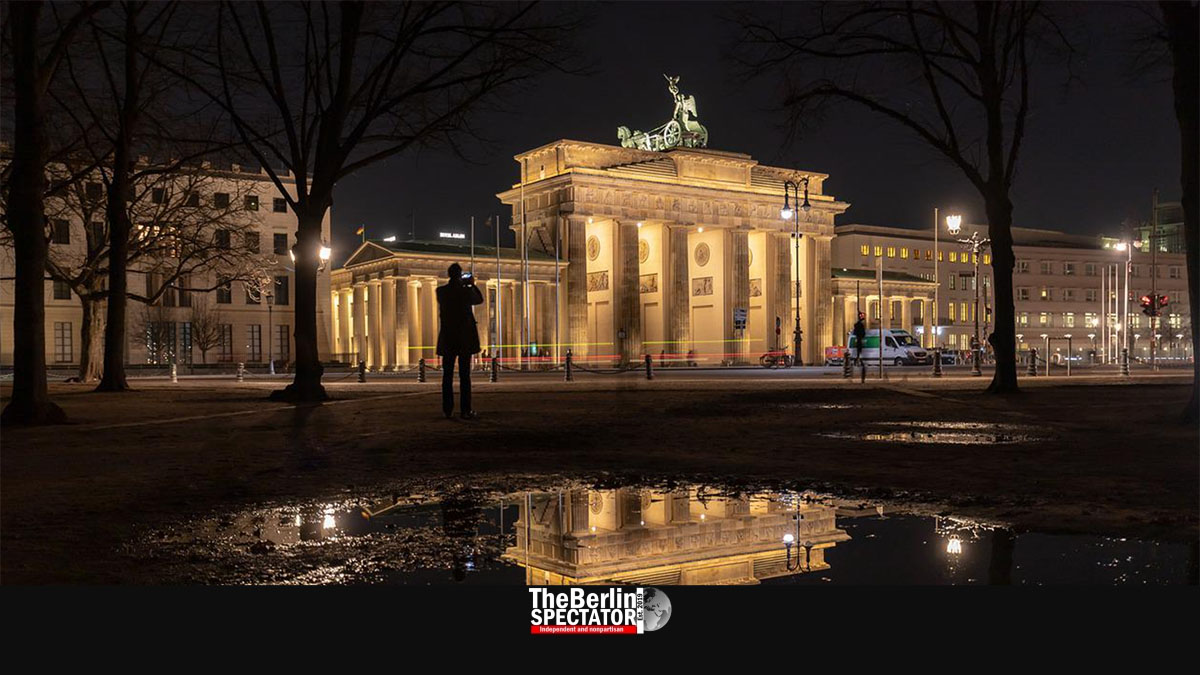 Because of the energy crisis caused by Moscow’s policies in regard to natural gas exports, Berlin and other German cities have put in place emergency plans to save energy. The Bundestag is following suit.

Berlin, July 28th, 2022 (The Berlin Spectator) — Germany is supposed to get through the next winter with a fraction of the Russian natural gas imports it used to be able to count on. At this stage, Moscow is delivering some 20 percent of the gas it used to export to the Federal Republic. President Putin could stop the gas flow completely at any moment, which is why the Berlin government sees the need to fill Germany’s gas storage and save energy.

All city clerks in Munich will have to hang in there in colder offices. In the upcoming cold season, they are supposed to be heated up to a maximum temperature of 19 degrees Centigrade (66 degrees Fahrenheit). Corridors and other locations that are not being frequented a lot will not be heated at all. In public buildings, warm water will not be available anymore. Munich used to illuminate famous buildings until 11:00 p.m. at night. Not anymore. Even the Bavarian capital’s street illumination is supposed to be decreased from 10:00 p.m. every night.

Six hundred kilometers (373 miles) further north, Berlin is taking very similar steps. “Because of the war against Ukraine and Russia’s threats in regard to its energy policy, it is important to deal with energy as carefully as possible”, Bettina Jarasch, Berlin’s Senator for Environment, Mobility, Consumer and Climate Protection, stated. “That is why we will not illuminate buildings we are responsible for anymore.”

At this stage, 200 objects in Berlin are visible at night because they are being illuminated by a total of 1,400 spotlights. They include Brandenburg Gate, the Victory Column, the Deutsche Oper, the Berlin Cathedral, the Jewish Museum, the entrance to Zoo Berlin, Kaiser Wilhelm Memorial Church, Charlottenburg Palace and Red City Hall. This practice required 200,000 KWh per year. It costs 40,000 Euro (40,822 U.S. Dollars or 33,568 Pounds Sterling).

All of those spotlights will be switched off. A company in charge of the illumination was ordered to prepare for the measure right now. Some 100 spotlights per day are being turned off. Obviously, this means switching all of them off will take a long time. According to the Senate, the job should be completed within three to four weeks. The Berlin Cathedral and the equestrian statue at Unter den Linden boulevard are among the objects that are already dark at night.

The Berlin Bundestag is preparing to save energy too. According to an official statement, technicians are already working on it, by resetting the “sophisticated technical erquipment”. Several steps needed to be followed here to get it done. In both the Reichstag, which accommodates the Bundestag, and the buildings in which the MPs run their offices, the temperature in the upcoming fall and winter will be lower. In summer, it is supposed to be higher because the A/C system is being reset accordingly. No warm water will be available in the lavatories. The Reichstag’s illumination at night already was reduced.