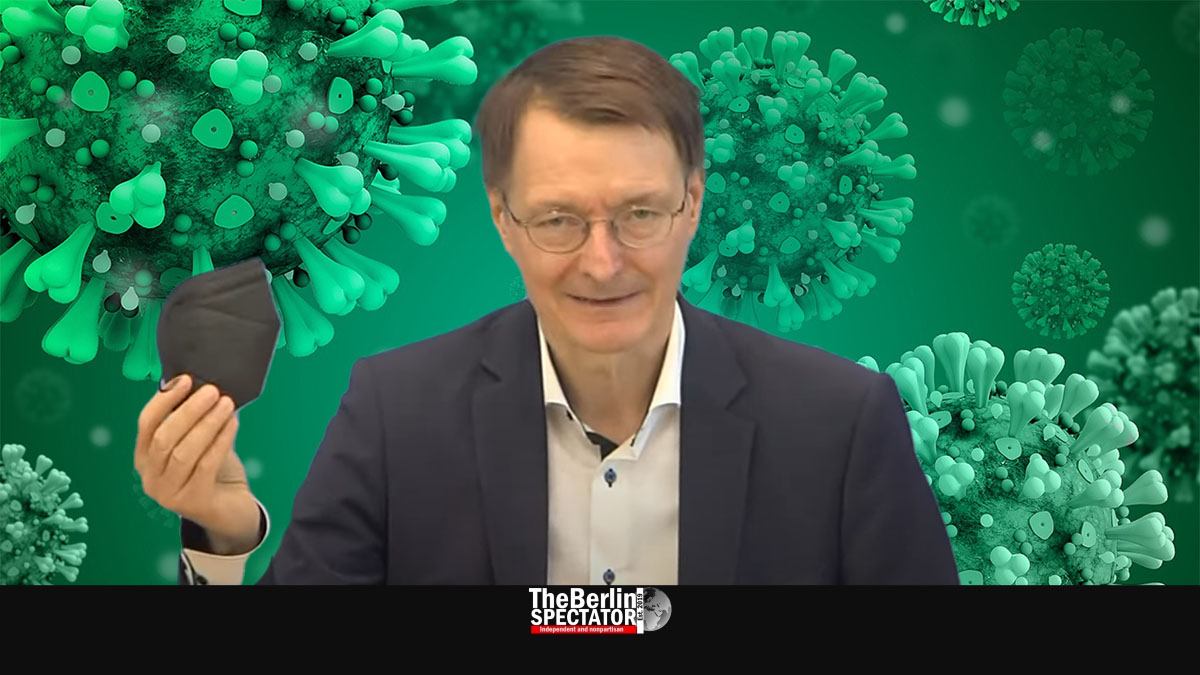 After months of arguments within the government, there is an agreement on Germany’s future measures against the Corona pandemic. According to Health Minister Karl Lauterbach, the details will be introduced soon.

Berlin, August 3rd, 2022 (The Berlin Spectator) — On September 23rd, the latest version of Germany’s Infection Protection Act will expire. At the same time, more Corona infections are expected in fall and winter. For weeks, Health Minister Karl Lauterbach, a Social Democrat (SPD), has been saying he expected a difficult fall. The health system could be overburdened. Therefore, new Corona rules needed to be prepared.

While Lauterbach is careful in the sense that he would rather have the option of putting in place Corona restrictions if the situation worsens in fall, the FDP, one of Chancellor Olaf Scholz’ coalition partners, insists on freedom and self-reliance. It was the FDP that forced through an end to almost all Corona rules in early spring. But the party’s Justice Minister Marco Buschmann and Karl Lauterbach now agreed on a compromise in regard to a new regulations package.

The government intends to introduce the details “very soon”, whatever that means. “I believe, the package is very good. We are geared up for the fall”, Lauterbach told the Funke Mediengruppe publishing house. The draft for the new Infection Protection Act would protect Germany from an overburdening of its hospitals and criticial situations because of the absence of personnel. The law is supposed to give the country’s 16 federal states options they can apply when the infection numbers rise further.

At this stage, protective masks are mandatory in public transport only, in spite of the fact that the number of new Coronavirus infections is still very high in the ongoing BA.5 wave. Infected persons still have to isolate themselves. This is a rule the FDP wanted to dump. Since yesterday, the Robert Koch Institute registered 87,681 new Corona cases. Two hundred and ten Corona patients died in the past 24 hours.

A few days ago, Karl Lauterbach had already volunteered one detail of the new regulations: School closures are not supposed to be part of them. But masks may have to be worn in public buildings and shops, at least when the infection numbers rise. In order to be able to assess the Corona situation, the federal government wants to rely on “a combination of the Incidence, referrals into hospitals and a wastewater analysis.”

In earlier interviews, including one with ARD television, Minister Lauterbach has hinted that the new anti-Corona approach would consist of “many measures for different scenarios” both the states and the federal government could put in place. The new medication Paxlovid is supposed to play a role as well. Risk patients and individuals above 60 years of age would receive it early on during their treatment, Lauterbach announced.