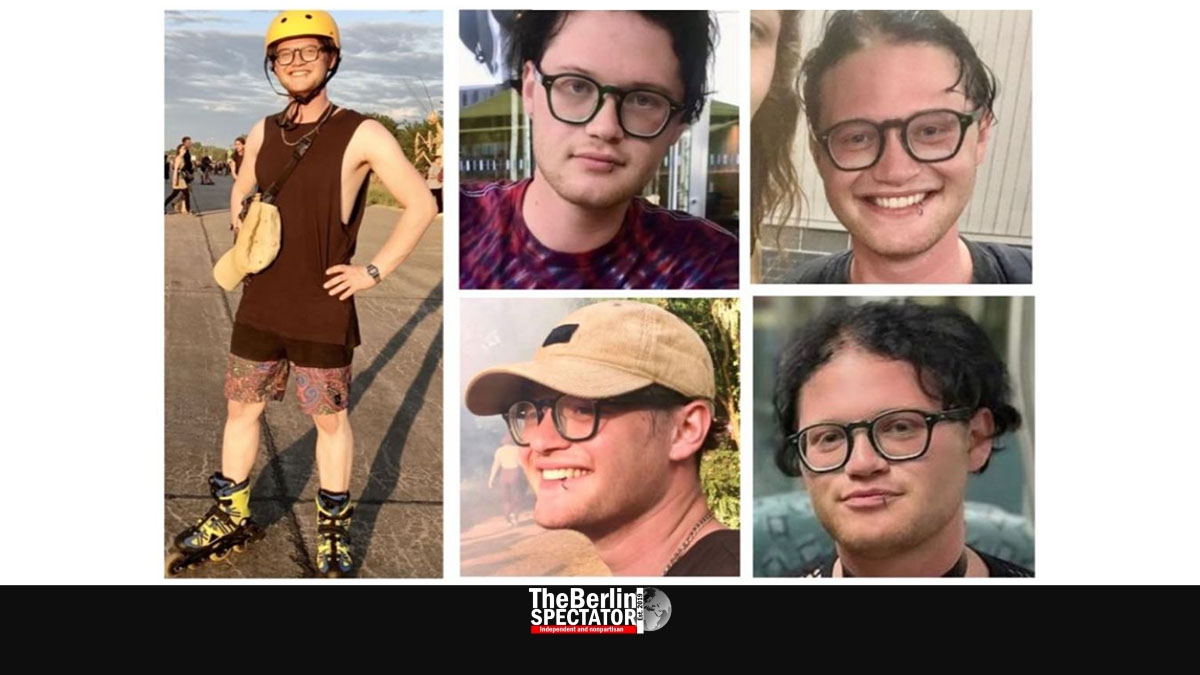 The police in Berlin are looking for another missing person. Timothy Straussinsky, a 22-year-old student, vanished. Who has seen him since Friday night?

Update Aug. 11th, 2022: The police say they found this missing person. Timothy Straussinsky may have been taken hostage. Because of the ongoing investigation, neither the Police Department nor the Prosecution got into details. They said the young man had been found in an apartment in which he may have stayed against his will.

Berlin, August 4th, 2022 (The Berlin Spectator) — Timothy Straussinsky, a student with ties to America, is missing. A cousin of his from the United States told The Berlin Spectator, the family was “very worried”. According to her, “he is a bright young man”. Just disappearing was “uncharacteristic of him”.

The American cousin also said Timothy Straussinsky’s sister was now in Berlin to find her brother. On Friday night, he was seen for the last time. At some point on Saturday morning, his cell phone had been powered off, the relative told this publication. Nobody has seen or heard from him since.

On Saturday morning at 3:30 a.m., Timothy Straussinsky called an Uber cab. His intention was to go to Treptower Park from his student dorm in Berlin’s Lichterfelde borough. But the driver told the police the young man had gotten out of the car after only 100 meters. It is unclear what he wanted to do at Bulgarische Strasse no. 20, which is the destination he registered with Uber.

The missing student, Timothy Strauss, is 22 years old and 1.73 meters (5″7′ feet) tall. His hair is black and he usually wears glasses with a green frame. When he went missing in the early morning hours on Saturday, he wore a beige basecap, a black t-shirt and black pants.

On Friday, the chemistry student visited the ‘Bechereck’ pub in Berlin’s Neukölln district, before he returned to the student dorm and ordered the Uber cab. The police could not track down his cell phone since it has not been switched on since Saturday morning.

There is another aspect. Timothy Staussinsky was going to travel to Bonn on Saturday. He booked a train ticket but probably never arrived there.

Now, Berlin’s State Office for Criminal Investigation is on the case because a crime cannot be ruled out. Both Straussinsky’s family and the police are hoping to receive information from the public.

Who has seen Timothy Staussinsky since Friday night? Who knows anything about his whereabouts? His sister Michelle Straussinsky can be reached via the following phone number: +49-176-612-70-439. Information about this missing person case can also be provided to the Berlin Police Department, precinct 4. This is the phone number: +49-30-466-444-6701.

Germany: Lauterbach and Buschmann Come Up with New Corona Regulations