Scholz Back at Work, Announces More Support for Ukraine, Aid Package for Germans 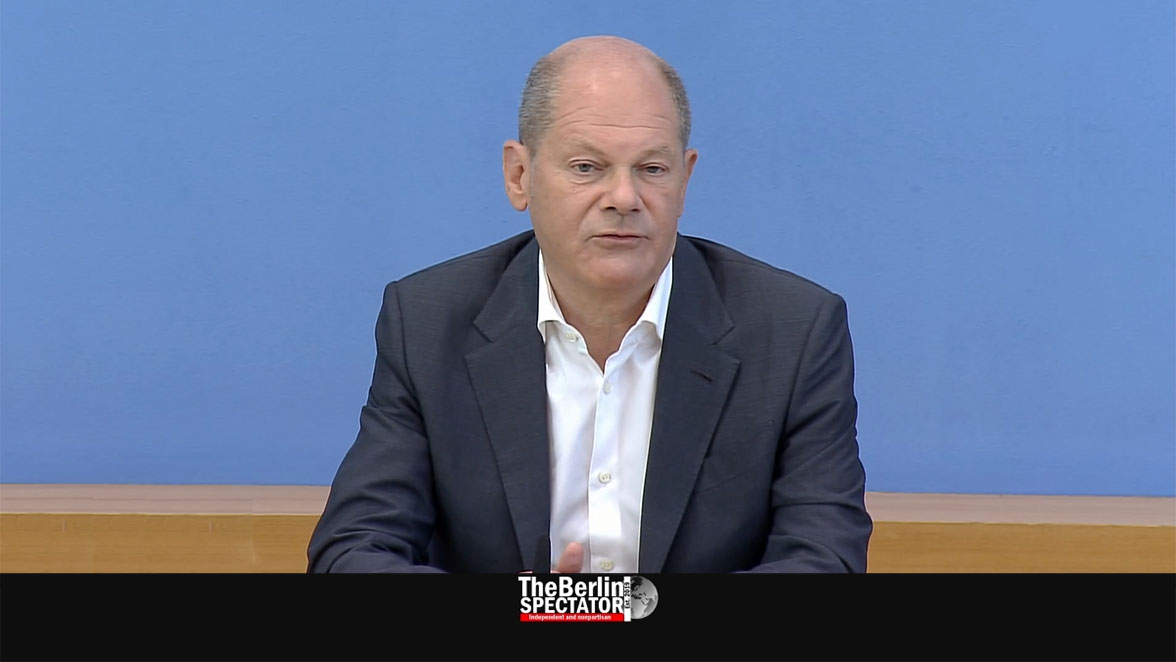 Earlier this week, Olaf Scholz ended his summer holiday. Back in Berlin, he did not waste any time. Today, he announced help for Ukraine and for Germans who cannot cope with the exploding energy prices.

Berlin, August 11th, 2022 (The Berlin Spectator) — The summer vacations in Germany’s largest state North Rhine-Westphalia ended earlier this week. On Monday, it’s back to school in Schleswig-Holstein and Mecklenburg-Hither Pomerania, and next Thursday, Hamburg’s schools will be reopening. Berlin and Brandenburg are next. The Federal Republic’s Chancellor Olaf Scholz spent his holiday hiking in Bavaria. He is back at work now.

In Berlin, he announced Germany would continue helping Ukraine. In this situation, it was necessary to take “farreaching decisions, in order to support Ukraine in its fight for independence”. His government had already delivered many “very efficient” weapons, Scholz said. Germany would continue doing so. According to the Chancellor, the Russian war of aggression is the biggest challenge right now.

Russia needed to realize that there would not be a dictated peace. This was what the Russian President and his political leaders had probably wanted. “This is not supposed to happen. And I am sure it will not happen.” Olaf Scholz also mentioned Russian war crimes by saying he was convinced everything would be done to investigate them. “The Russian President is responsible for this war”, the German head of government stated. The attack on Ukraine had “changed the reality in which we live.”

The Chancellor also mentioned two natural gas containers that are being built at Germany’s North Sea coast and said they would be completed in winter. He announced he was discussing a price cap for Russian oil with other states. And he talked about a new initiative he started. It is about a gas pipeline from Portugal via Spain and France to Germany. Scholz is already discussing with colleagues in the European Union.

On top of it all, Olaf Scholz announced another aid package for Germans who cannot cope with the increasing energy prices and who are affected by the inflation most. People with low income and receipients of social welfare needed to get through the crisis. Everything would be done to make sure they did. Scholz said nobody should be confronted with problems they could not resolve. He did not volunteer details.

The German government has already come up with several aid packages. It increased the minimum wage, provided reimbursements for high energy prices by offering the 9 Euro Ticket and decreasing fuel prices artificially. Next year, a social welfare reform will follow. Before Russia’s attack on Ukraine, numerous Corona aid packages for small companies and individuals were put together.

‘Herr Lindemann’: The Jewel in the Crown of Berlin’s Beloved Bar Culture