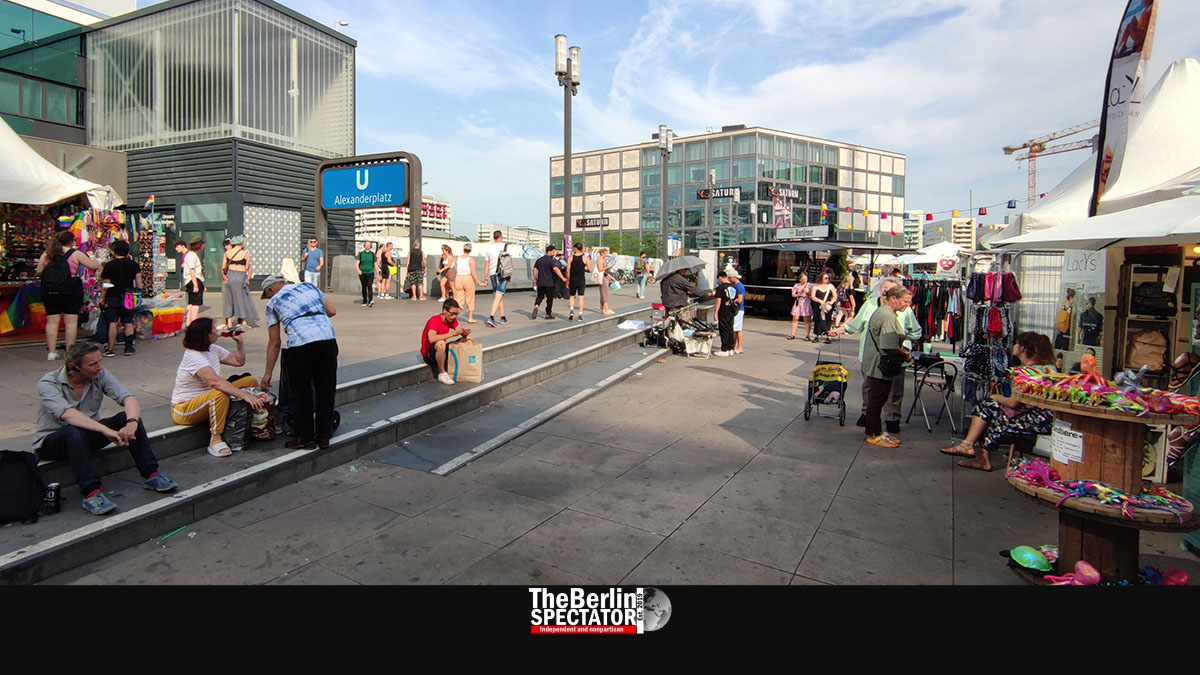 Berlin is unique and offers a whole lot, including history, culture, countless sightseeing spots, club parties and good food. That is why the city of cities was a major tourist magnet until Corona hit. Now, things look better again.

Berlin, August 12th, 2022 (The Berlin Spectator) — Landing at BER Airport in Brandenburg and trying to get to Berlin on the unreliable ‘S-Bahn’ train system or the Airport Express train (FEX) (which is out of service right now) is a lasting experience. But once tourists who just arrived dive into everything Berlin has to offer, they will be hooked, in most cases. There is no other city quite like Berlin.

In 2019, before the Coronavirus killed tourism for a while, as many as 13.5 million tourists came to Berlin. This is a gigantic number. It means that the number of visitors that year was almost four times higher than that of inhabitants Berlin has. Then, the city’s tourism came to a grinding halt. From March of 2020, nobody shot selfies at Brandenburg Gate, nobody was rejected by arrogant doormen at Berghain club, nobody looked at the chancellery from tourist boats on the Spree river.

Today, there is good news. Visit Berlin, the state-owned company that promotes Berlin as a tourist destination, and the State Office for Statistics, just came up with the latest numbers. In the first six months of 2022, 4.36 million visitors were counted in the German capital. They spent 11.15 million nights at the city’s hotels. Not bad, right? But, are we back at the level we used to have? No. We reached 65 percent, compared to the number of tourists who came in 2019.

Since pre-Corona times, the mix has changed. From January 1st to June 30th of 2022, exactly 2,989,772 German tourists were counted in Berlin, 27.5 percent less than in 2019. The number of visitors from abroad was 1,372,280. It decreased by 46.3 percent, meaning the share of foreign tourists used to be higher until many international borders were closed because of Corona in 2020, even within the European Union.

Citizens of the United Kingdom were the largest group of foreign visitors during the first half of this year. They were followed by the Dutch and the Spaniards. Americans from the United States were the number 1 group from overseas. Berlin’s hotels cannot really complain about their occupancy rate of 80.6 percent, at least when they compare it to those of other European cities. With 84.3 percent, only Barcelona looks better.

“Guests are returning to Berlin”, Visit Berlin’s CEO Burkhard Kieker accurately stated. “This is a good sign.” Here, he was right again. “Berlin has not lost its attraction.” Is Kieker always right? Obviously. So are all tourists who came here, in the sense that they made the right choice. At certain cultural venues, including theaters and operas, the number of visitors almost is back the level of 2019.

Visit Berlin spells itself ‘visitBerlin’ to look hip. At this stage, the agency is promoting Berlin in roadshows for journalists in both in Europe and North America. “Visit the world of Berlin” is one of the slogans they use. It could not be more appropriate.

‘Herr Lindemann’: The Jewel in the Crown of Berlin’s Beloved Bar Culture