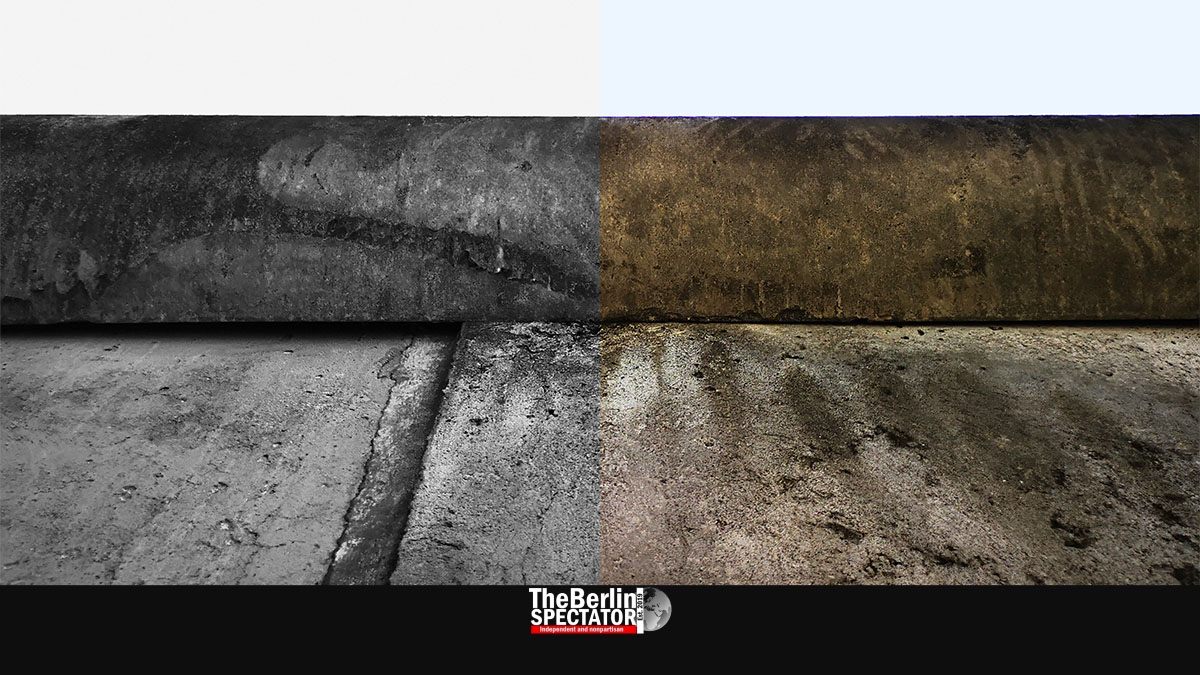 On June 15th, 1961, the GDR’s dictator Walter Ulbricht said nobody had the intention to build a wall. But two months later, the communist regime did so anyway. Sixty-one years ago today, the construction of the Berlin Wall began.

Berlin, August 13th, 2022 (The Berlin Spectator) — On August 13th, 1961, Berlin changed substantially. The mean regime of the German Democratic Republic (GDR), which was not democratic at all, started building a wall that would become the symbol of the Cold War. All of a sudden, the Berlin Wall popped up. Usually, walls are supposed to keep people out. In this case, the purpose was to keep people in the GDR.

Nikita Sergeyevich Khrushchev, who ruled the Soviet Union, wanted all of Berlin for the GDR and the Eastern Bloc. But U.S. President John F. Kennedy made clear the communists would not get West Berlin. So, the Western part of the city was cordoned off. A barbed wire fence turned into the Berlin Wall. It separated a city, neighborhoods and streets, but also families and friends.

For GDR citizens who wanted to live in a free, democratic state, fleeing from their country was dangerous. Günter Litfin was the first person from East Germany who was murdered by GDR border guards as he tried to get to West Berlin. He was shot in the head while he was swimming through Humboldthafen, a small port at the Spree river, located a few steps from today’s Central Station. After him, at least 139 more persons were killed at or on the Wall when they tried to flee, including children.

Berlin’s Governing Mayor Franziska Giffey is among those who will take part in commemoration events today, including one at the Chapel of Reconciliation in Bernauer Strasse. “The Berlin Wall was a structure of unfreedom, injustice and dictatorship”, she said. “For more than 28 years, it split up Berlin into two parts. […] Today, we commemorate the victims of the divide and of the inhuman GDR border regime, especially those who lost their lives trying to overcome the Wall in order flee to freedom.”

Mrs. Giffey mentioned Peter Fechter, the 27th person who was murdered when he tried to get to West Berlin. On August 17th, 1962, he and a friend of his tried to climb over the Wall near Checkpoint Charlie. His companion managed to get to West Berlin, but Fechter was shot by GDR border guards, without warning. He fell into the death strip next to the Wall and was left there, bleeding, for an hour. Three hours later, he died. He was 18 years old. The Governing Mayor will be commemorating Fechter later today, at a small memorial dedicated to him.

Fechter’s death reflected the brutality and cruelty of the Berlin Wall, Franziska Giffey stated. Not only Berliners had reacted to his murder with consternation, anger and outrage. Not forgetting the sorrow was a historic responsibility. “This is even more important today, as people in Europe are risking their lives again, fighting for freedom.”