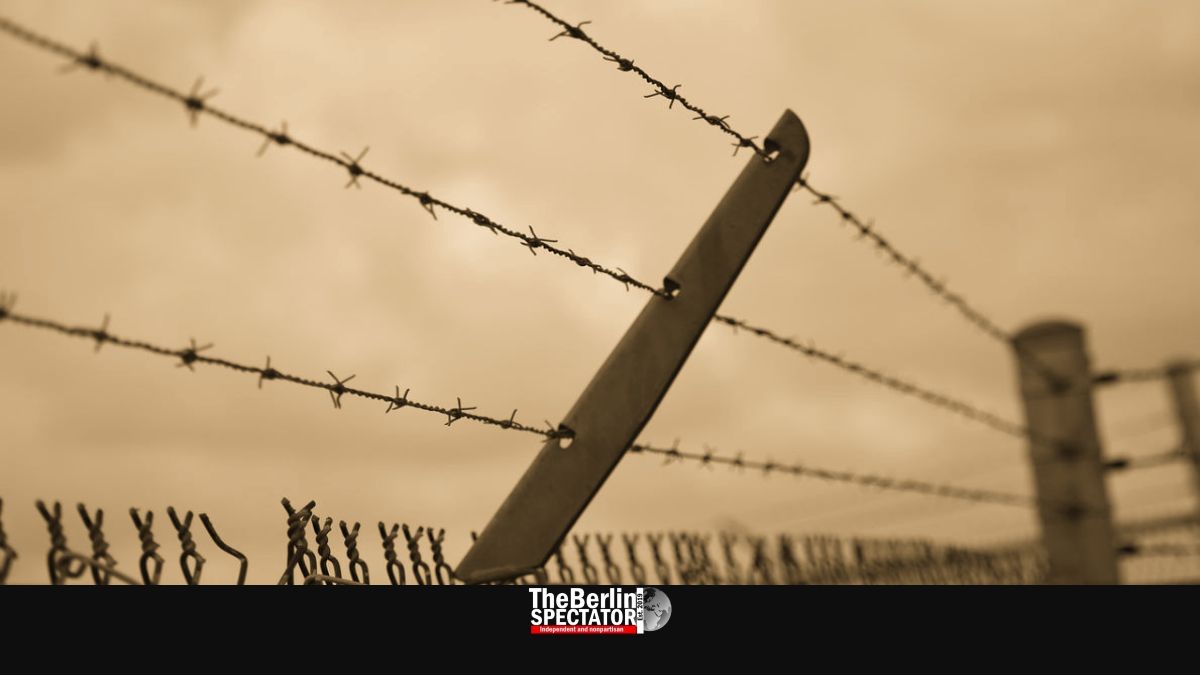 Berlin, July 12th, 2019. Update: August 13th, 2022 (The Berlin Spectator) — Uwe Pries, a citizen of the so-called German Democratic Republic (GDR), took a vacation in Bulgaria in the 1980-s. He pretended to be a regular tourist, but the young man’s intention was to flee to the West via Turkey. He wanted to get out of the communist German state for good and believed Bulgaria was the right place to overcome the ‘extended Berlin Wall’.

He met a friend at the Black Sea coast, in Kavatsite to be exact, and convinced him to come along. Pries expected their lives to change radically, and he was not so wrong about this aspect. Also he thought their chances of crossing the border successfully would be better towards the heartland of Bulgaria, rather than at the coast. In this case he was only partially right.

But there were lots of things Uwe Pries and his friend did not know. All they had was a map of Bulgaria. On that map, it did not say that the GDR’s infamous State Security (‘Stasi’) had agents in the country or that they were in charge of identifying individuals like them, who intended to escape. Nor did his map tell him that those Stasi agents were cooperating with the Bulgarian Darzhavna Sigurnost (DS), the Bulgarian equivalent of the GDR’s State Security.

Pries did not know that anyone’s chances to escape from the Eastern Bloc via Bulgaria were slim and that their lives were in immediate danger. Considering they had no clue, the two GDR citizens got relatively far. After a bus ride, they walked a rural road towards the town of Malko Tarnovo in Bulgaria’s picturesque Strandzha region. When it got dark, they heard dogs bark and saw some kind of a hut in the distance. The two men decided to bypass it, since they believed it was a checkpoint. And they were right.

Checkpoint in the Forbidden Zone

Indeed, Bulgaria had a security zone along its borders, which was up to 30 kilometers wide. At the Black Sea coast, Tsarevo was the southernmost beach resort Bulgarian citizens and foreign tourists were allowed to access. Only residents with permits were allowed to travel all the way to Sinemorets or Rezovo. The same security zone also existed further west, away from the beaches.

Pries and his friend walked around that hut they had seen and found a barn in which they slept for a few hours. Once they woke up, the friend was terrified and thought he had made a huge mistake. He was right again.

The two East German men stopped a truck, which took them further south. Of course the truck was stopped by Bulgarian border guards who were asking for documents. Uwe Pries just jumped out of the truck and ran into the forest, as far as he could, while his friend was pulled down from the vehicle. He had to lay down on that road. One of the guards pointed a machine gun at his neck.

A day later, Pries actually managed to reach a spot which looked like a border. There were two high fences, one of which he managed to climb. But border guards caught him with their dogs before he could even get close to the second one.

Today, Pries says the guards beat him and then pretended they were going to shoot him. Later, he was locked up in a jail in Burgas, and finally in Sofia. He hardly ate for days. At first, they did not give him any food at all. Later, the hygiene was so bad, he refused to eat anything. A month later, he was in jail in the GDR.

Some twenty years earlier, when Uwe Pries was born, another GDR citizen, whose name was Werner Gambke, intended to escape to the West. A vacation in the Bulgarian Rhodopes was his cover. He stayed in a beautiful village in Smolyan province, close to the Greek border.

According to the German Agency of the Federal Commissioner for State Security Records, Werner Gambke was seen again the next day, this time by a shepherd. By now, the Bulgarian authorities had ordered 41 border police officers to find him. In addition, 330 residents of several villages in the area had been commissioned to guard the border.

The next morning, the East German man was located again, by soldiers, only 150 meters from a so-called border pyramid. According to the official protocol, Gambke was ordered to stop, but did not react. Several border guards opened fire and “liquidated” him.

The Gambke case was murder in cold blood. He was shot for trying to get to the West, to freedom, just like many others after him. Until 1989, Bulgarian border guards were supposed to “use their weapons” if there was no other way to stop refugees. That is what it said in a decree issued in 1952. But, in reality, many refugees could have been stopped and arrested, instead of being killed.

There are many more victims. Less than year later, in April of 1966, Karl-Heinz Engelmann and Siegfried Gammisch, two adolescents from East Germany, were shot and killed when they tried to get to Greece from Bulgaria’s Smolyan province. They were buried on site as well. According to documents issued by the Bulgarian State Security in 1975, the Eastern German Ministry of State Security (MfS) approved the killing and burying of German refugees.

Neither the Engelmanns, nor the Gammischs were satisfied with that answer. They hired renown lawyers who tried to force the communist authorities in Berlin and Sofia to come up with explanations. It took long until the Red Cross told the families their sons had been killed during an attempted escape, close to the Bulgarian-Turkish border.

But the parents were still far from satisfied. They kept on demanding more information. The Eastern German authorities came to the conclusion that they had to change their policies, in order to avoid big scandals. Therefore, they would decide about the fate of the bodies of any refugees from the GDR from that moment forward. This meant they told their Bulgarian colleagues what to do with them in each case.

Three decades after the collapse of communism, it is hard to reconstruct many of these terrible stories, since both the Bulgarian and East German authorities tried to conceal those killings and their motives. Many cases will never be solved.

Stefan Appelius, a German author, did a lot of research on the subject. In 2006, he published his book ‘Tod in Bulgarien: Die vergessenen Opfer des Eisernen Vorhangs’ (“Death in Bulgaria: The Forgotten Victims of the Iron Curtain”, in German only), which does not seem to be available on the German version of Amazon at this moment.

The Agency of the Federal Commissioner for Stasi Records in Berlin offers a lot of insight too. Some of the cases mentioned in this article, along with many others, can be found in a publication entitled “Tödliche Fluchten über Bulgarien” (“Deadly Espapes Via Bulgaria”, in German only), put together by Christopher Nehring.