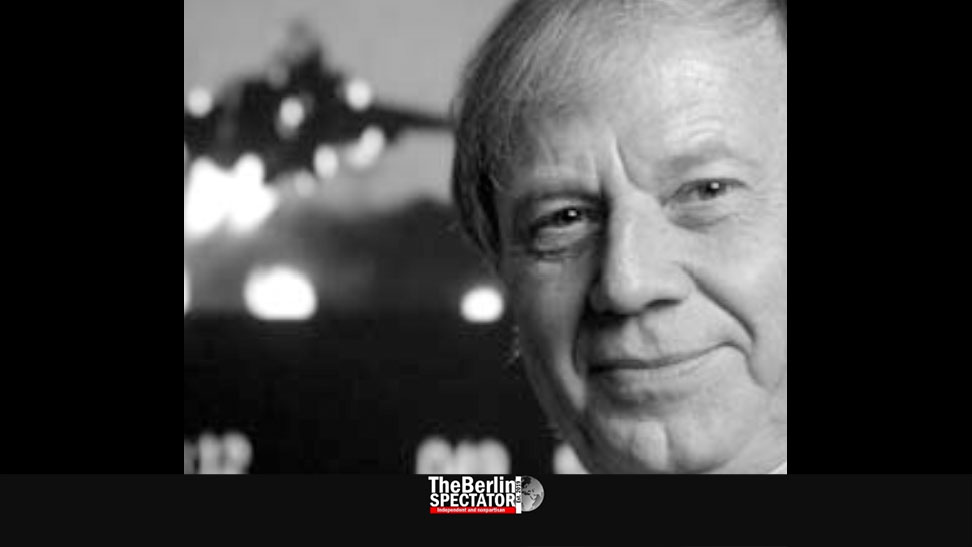 Becoming a superstar in Hollywood is a huge achievement, especially when you are German. Wolfgang Petersen rose to the challenge by delivering convincing movies. Last week, the director died in California.

Berlin, August 17th, 2022 (The Berlin Spectator) — Some stagecraft cannot hurt when you go to Hollywood and want to be successful. When you combine it with good looks, the chances for success increase. Wolfgang Petersen follwed a different approach. He used his skills. The German director made big motion pictures that moved and convinced people.

Petersen was the man who made Harrison Ford fight terrorists in a rage on board Air Force One, in the movie with the obvious title: ‘Airforce One’. He turned Dustin Hoffman and René Russo into virologists who save the word and their marriage, when he directed ‘Outbreak’, another blockbuster absolutely everyone knows.

In ‘The Perfect Storm’, none other than Wolfgang Petersen, Hollywood’s German master, retold a sad story of fishermen from Gloucester, Massachusetts, in an adaprtion of the book of the same title by Sebastian Junger, who also has ties to Germany. As the captain of the fishing boat ‘Andrea Gail’, George Clooney takes a risk in order to catch more fish. This turns out to be a fatal mistake, in the truest sense of the word. Epic footage made this film a masterpiece, just like ‘Poseidon’, an underrated ship disaster movie he came up with.

The list of great motion pictures Wolgang Petersen gave the world is almost endless. He was awarded countless prizes and got as many as 15 Oscar nominations. But the story commenced elsewhere, in Emden, where he was born on March 14th, 1941, four years before Nazi Germany was finally defeated by the Allies. In the 1950s, as a schoolkid in Hamburg, he filmed everything he could with an 8 millimeter camera.

At the ‘Junges Theater’, he learned how to direct plays. In 1965, Petersen signed up for theater studies at universities in Hamburg and Berlin while he worked as an assistant for several directors and even an actor. It did not take long until he made short films.

His big moment came in 1980, when he directed ‘Das Boot’, an adaption of the novel by Lother-Günther Buchheim who was a German navy soldier on a submarine during WWII. This one made him famous around the world. Another German blockbuster of his was ‘The Neverending Story’.

His own story continued in America. In 1986, Wolfgang Petersen moved to Hollywood. The gifted German director died in Brentwood, California, on Friday. He will live on in his movies, and in his loved ones’ memories.