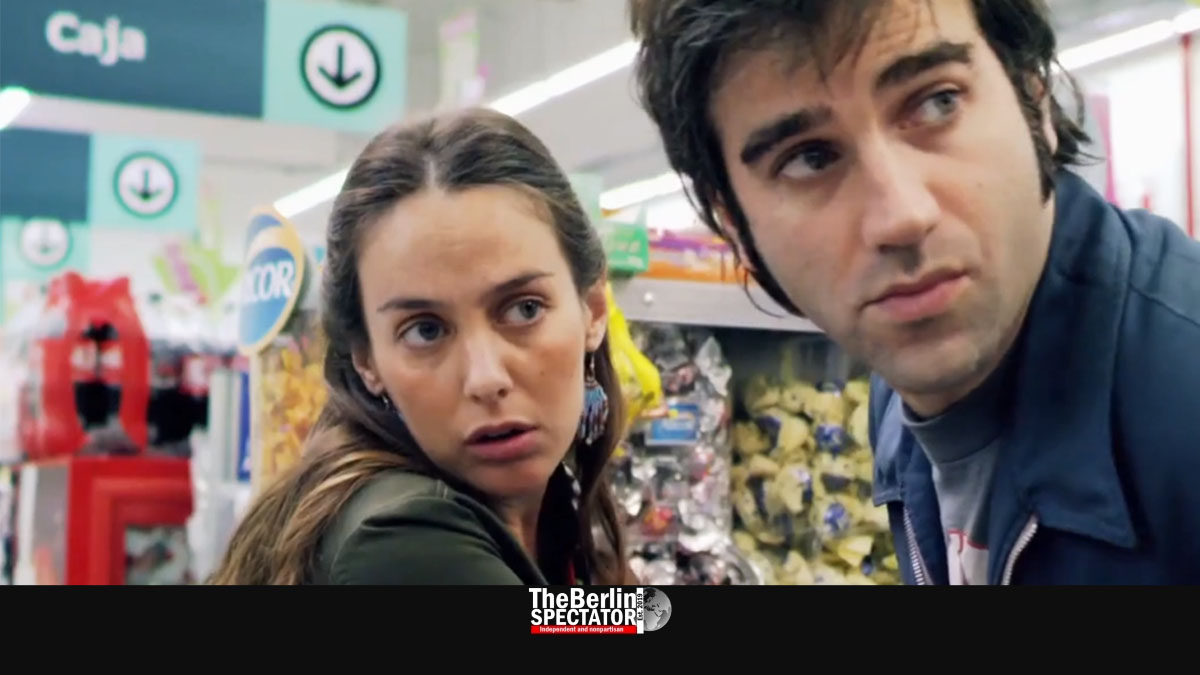 Berlin has a lot of cultural events. One of them is Invasion, an Argentinian film festival. Its ninth edition commences on September 1st at a cinema in Neukölln.

Berlin, August 21st, 2022 (The Berlin Spectator) — In ‘Fase 7’ (‘Phase 7’, see photo at top of page), a virus causes a deadly epidemic worldwide. What does this remind us of? Coco and his pregnant wife Pipi live in a quarantined apartment block. Obviously, this is a situation many of us have gone through in the past two and a half years. Soon, they run out of supplies. Their crazy neighbour Horacio supplies Coco with weapons and a protective suit. Together, the men try to protect their flats. Because of the continuing isolation, a brutal fight for supplies begins.

‘Fase 7’ (‘Phase 7’) is one of the movies that are part of Invasion, the Argentinian film festival in Berlin. It was released in 2010, but just needed to be added to the program for obvious reasons. In 2014, Julieta Zarankin, who has been living in Berlin since 2009, founded the festival. Since Corona hit, two editions took place online only. This year’s Invasion is both a real world and a virtual event. Two of the motion pictures it features can be watched at a cinema, right here in Berlin. A total of five exceptional films, all in Spanish with English subtitles, are part of the program.

The festival commences on Thursday, September 1st, 2022, at the legendary Passage cinema in Berlin’s Neukölln district. The first movie to be screened is ‘El Prófugo’ (‘The Intruder’) with Érica Rivas. The Argentinian actress herself will be there to talk to the audience. Since 1994, she has been part of numerous motion pictures and TV productions. ‘La Luz Incidente’ (‘Incident Light’) is scheduled to be shown during that same evening, right after ‘El Prófugo’.

In ‘El Prófugo’, Inés works as a dubbing actress and sings in a choir in Buenos Aires. After a traumatic experience during a holiday trip, she develops a sleep disorder and starts suffering from very vivid nightmares. At work, the studio microphones pick up strange sounds coming from her body, threatening her career and her singing. Inés becomes paranoid as she has increasing trouble telling what is real from what is not. Natalia Meta wrote the script and directed this film which is based on the novel ‘El Mal Menor’ by C.E. Feiling.

The fourth picture has the same name as the festival it is going to be screened at, namely ‘Invasión’ (‘Invasion’). It is an Argentinian classic by Luis Borges released in 1969, a police thriller that transforms into a fantasy film. The city Aquilea is under siege by sinister forces. Can the residents stop the invasion? This movie’s subject is close to that of ‘El Prófugo’. The same applies to ‘La Antena’ (‘The Aerial’) about residents of a city controled by the omnipotent Mr. TV.

Obviously, Berlin hosts several film festivals including the Berlinale. Invasion might be the most unconventional one, as it is focused on contemporary Argentine cinema. There is a strong connection between Berlin and Buenos Aires, also because they are sister cities. Tickets for the double screening at the Passage cinema at Karl Marx Strasse 131 can be purchased here for 10 Euro (first film only) or 14 Euro (both). Detailed information about Invasion is avilable on the festival’s website.

Germany: Why the Schlesinger Scandal Stinks Like the Oder River