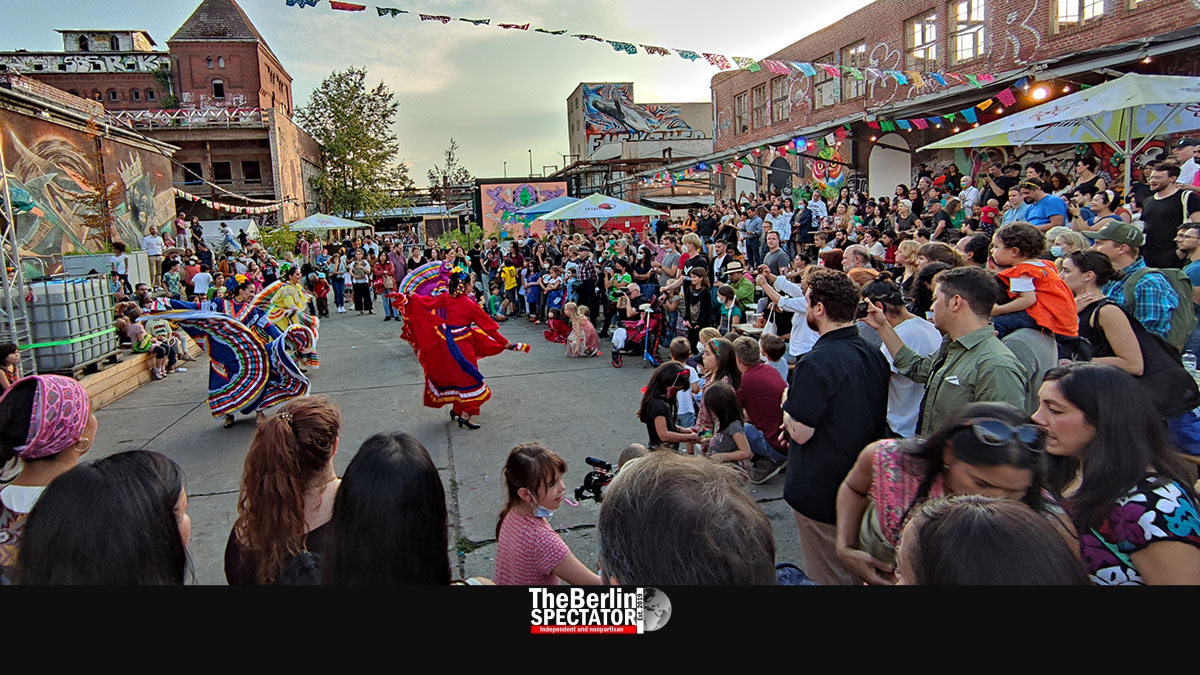 When Mexicans gather for their traditional ‘El Grito’ festival, they usually “party hardy”. Soon, in mid-September, they will do so in Berlin too. Let’s prepare those piñatas, paisanos! ¡Andale!

Berlin, August 28th, 2022 (The Berlin Spectator) — When we walk the streets of Berlin or use the city’s public transport, we hear lots of languages, including Turkish, Arabic, English, Ukrainian, Russian, Bulgarian, but also Spanish. To those who speak the latter language it is relatively easy to identify the country the people they hear are from. In many cases, they turn out to be chilangos, meaning they are from Mexico City, or from other cities or regions in that beautiful but dangerous country.

In Berlin, the Mexican community is big. This also means that many will show up when ‘El Grito’ or other traditional events are celebrated. This year is no exception. In Spanish, ‘el grito’ stands for ‘the shout’. Historically, this is about ‘El Grito de Dolores’ or ‘The Shout of Dolores’ by priest Miguel Hidalgo in the town of Dolores, in 1810, which marked the beginning of Mexico’s War of Independence. The country’s independence from Spain was achieved in 1821, and its national holiday is September 16th.

Exactly 201 years later, on September 17th and 18th, 2022, Berlin’s big ‘El Grito’ festival is scheduled to take place in the German capital’s Rudolfkiez neighborhood, at Osthafen, which is located at Alt Stralau 1 and can be reached from the ‘S-Bahn’ train station ‘Treptower Park’. It is a walk of a few minutes. Cross the Elsenbrücke, a bridge across the Spree river, turn left, and your destination will appear on the right.

Usually, it is the extended Mexican community that celebrates. It includes friends, spouses and other family members from other mostly Latin American countries or from Germany. One thing is certain: It is hard to stay sober at ‘El Grito’ celebrations. That is because they offer Tequila, Pulque, Mezcal and Mexican beer brands. Sure ‘Corona’ will likely be consumed, but that one can be purchased at every corner. More fancy brands will probably be available too.

Expect delicious food as well. If you need your ration of quesadillas or enchiladas, ‘El Grito’ is for you. Or how about tostadas? They are hard tortillas loaded with salad, chicken meat and rather spicy sauces, from the perspective of Europeans. To Mexicans, they are absolutely harmless. So, you want your frijolitos too? Go there.

The best part is being there among people and experiencing culture and actividades auténticamente Mexicanas. This is what the organizers are promising. Piñatas will be destroyed with sticks. Other activities for children are being offered too. Let’s not forget all the dancing everyone can take part in. ¡Hay que bailar, paisanos!

The ‘El Grito’ festival usually fills up rather quickly. Those who do not want to spend hours waiting should be early birds. Last year, the venue they had chosen was full by 4:00 p.m.. Many people could not enter. And yes, tickets will likely have to be purchased on site, as always. On August 28th, their price had not been announced yet.