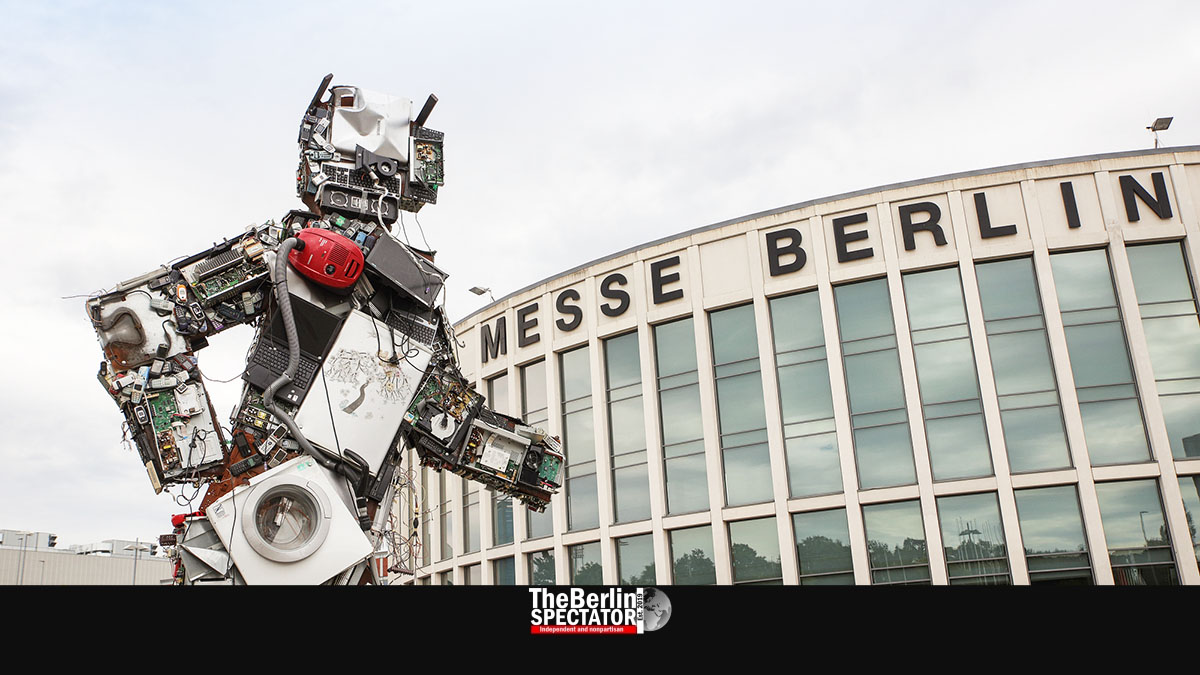 For the first time since Corona hit in 2020, the IFA is back as a regular event people can actually go to. Visitors will be able to see, touch, feel, smell and test new gadgets and trends. The IFA is the most important consumer electronics trade fair in Europe.

Berlin, September 1st, 2022 (The Berlin Spectator) — With the ‘Internationale Funkausstellung Berlin’ (IFA), some more normality returns to Berlin, if that term is appropriate at all while Russia’s terrible war in Ukraine is going on and the Corona, energy and climate crises are causing problems, including existential ones. When the Corona pandemic reached Germany in early 2020, the Berlinale film festival was the last big event that could take place. Everything else was cancelled. In 2021, a small, virtual version of the IFA gave industry representatives the opportunity to have online exchanges.

This time, from September 2nd to 6th, 2022, the trade fair will be welcoming visitors again at Berlin’s fairground. The city’s Governing Mayor Franziska Giffey said she was glad to be able to welcome “the biggest tech festival in the world” again. That way, Berlin was a host for a large international audience, as it had been before Corona. “In the calendar of trade fairs, the IFA is a necessity for entertainment and consumer electronics experts”, Mrs. Giffey said, because trends on these markets could be seen there.

She is right. The latest TV sets that feature brilliant video and powerful audio will be on display right here in Berlin. So will the most fancy fully automated coffee machines. Visitors who do not watch TV or drink coffee can still look at great steam cookers, convincing smart home gadgets and all kinds of modern devices that save a lot of energy, compared to older models.

According to its organizers, the IFA will be taking place in “more than 30 fairground halls”, but they refrained from saying how many exactly. Maybe in 30.5 halls. Hundreds of exhibitors will be there, including the usual suspects, big corporations such as AEG/Electrolux, AVM, Bosch, Huawei, Miele, Panasonic, Siemens, Samsung and TCL, just to name a few. High-ranking managers of some of these companies will be holding keynote speeches.

According to David Ruetz, the IFA’s Senior Vice President, the fair intends to give retailers, buyers and industry representatives a place at which they can concenter the tech industry on the future. He said this was only possible with the consumers. Just talking about the latest innovations and trends was not enough. Many questions would be answered at the IFA.

Sure, the Americans and Asians are the masters of consumer electronics, but the German market obviously is big. During the first half of this year, the sales volume in the Federal Republic amounted to 22.6 billion Euro (22.6 billion U.S. Dollars or 19.4 billion Pounds Sterling). Compared to the same period in 2021, there is a pretty good growth of 2.2 percent.

The first edition of the IFA took place 98 years ago, in 1924. It was an important event in the Weimar Republic. In fascist Nazi Germany, the trade fair was continued until 1939. Dictator Adolf Hitler himself visted the IFA in 1934. After WWII, it reappeared every two years from 1950. Since 2006, the IFA has been welcoming visitors every year again, except when Corona messed it up.

Tickets have to be purchased online, as none will be available on site. More information about tickets and everything else is avilable on the IFA’s website.