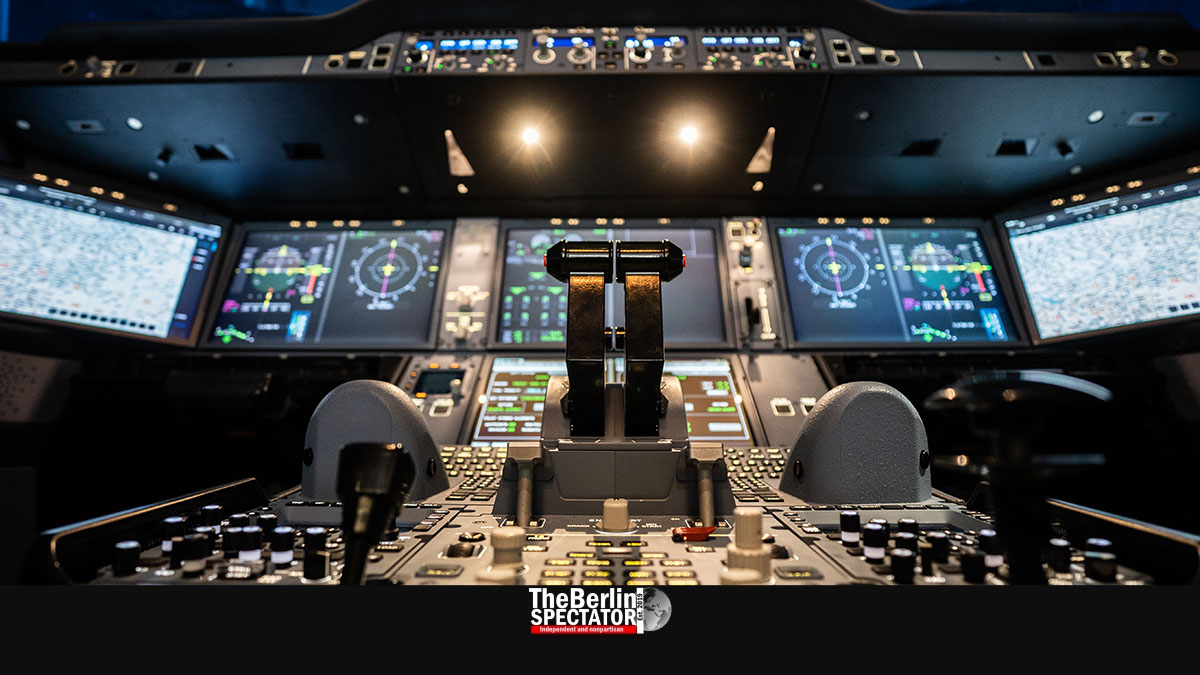 This time, the pilots will be on strike. According to their union Vereinigung Cockpit, all flights originating from Germany are affected, on both Lufthansa and Lufthansa Cargo. The walkouts are supposed to take place tomorrow.

Berlin, September 1st, 2022 (The Berlin Spectator) — Only a few weeks after a token strike ground crews took part in cost Lufthansa a lot of money, the airline’s pilots announced walkouts. According to VC, their union, the strike will happen on Friday. Few flights, if any, will be taking off from Germany. Both Lufthansa, the airline that carries the name of the company it belongs to, and Lufthansa Cargo are affected.

Flights from overseas might still be coming in on Friday. Also, Lufthansa could set up an emergency flight schedule, but the airline will mostly be grounded, unless VC and Lufthansa agree to a deal today, but this does not seem to be probable, also because no talks were scheduled. For the union, Marcel Gröls said Lufthansa would have to come up with an improved offer to prevent the strike from happening. The employers had not used the last round of talks for presenting an acceptable one, VC stated.

For the 5,000 pilots and first officers, the union wants a pay raise of 5.5 percent as well as an automated inflation compensation from 2023. At the beginning of the Corona crisis, when the government had to bail out the airline, Lufthansa started employing pilots with lower salaries, but it had agreed to have 325 aircraft flown by its old cockput crews only. There seems to be a conflict in this regard too. In the strike vote, 97.6 percent of all Lufthansa pilots supported walkouts.

Not so long ago, in early August, Lufthansa reached an agreement on the salaries for ground crews with the Verdi union. Before the deal was struck, the airline had to cancel almost all flights due to token strikes. Big losses and chaos at airports all over Germany were the consequences. Back then, more than 1,000 flights were cancelled. These issues will likely be coming up again tomorrow.

There is even more trouble ahead: The pilot’s union is getting ready for a strike among pilots for Lufthansa’s second-largest airline Eurowings too. Earlier this week, a big majority of pilots voted for a strike as well. In this case, there is no date yet.

Under the brand name Lufthansa, the first flight route was established between Berlin and Weimar 103 years ago, in 1919. Today’s version was founded eight years after WWII, in 1953, in West Germany. Today, Lufthansa Group runs numerous airlines, including Lufthansa, Eurowings, Swiss, Austrian Airlines, Brussels Airlines and Air Dolomiti. From its main hub Frankfurt, Lufthansa offers flights to 157 destinations. This is where most intercontinental flights originate. From Munich, there are routes to 152 mostly European cities.

Berlin: New Law is Supposed to Clean Up Sidewalks