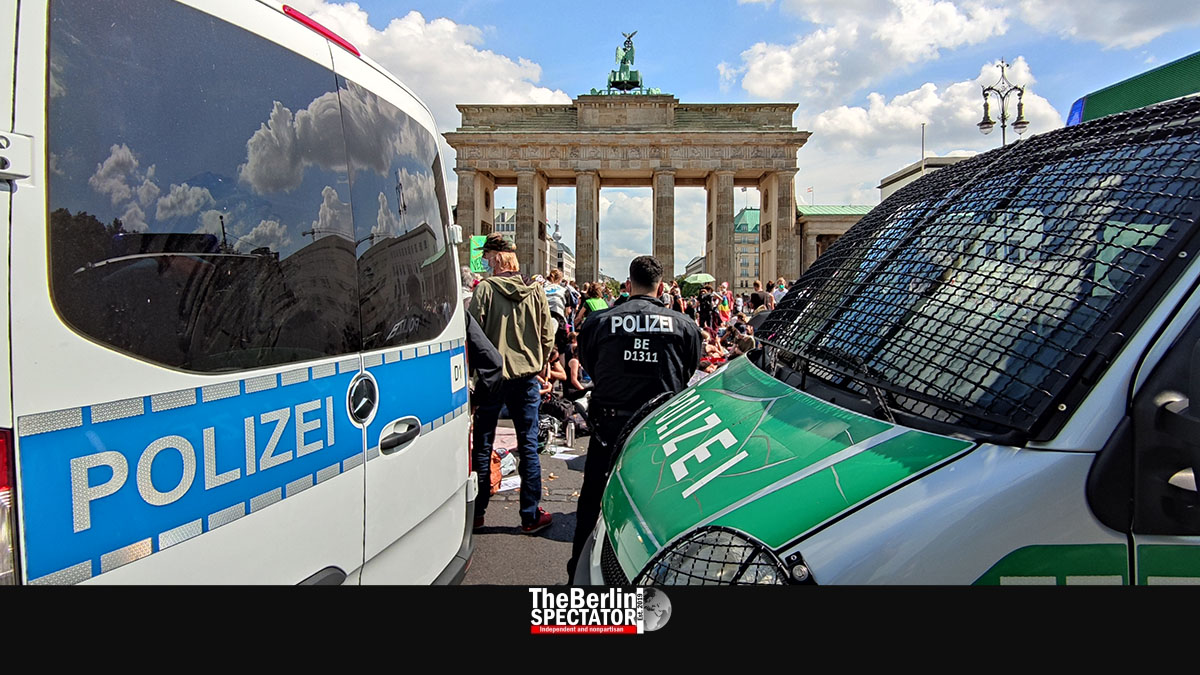 This fall, two competing groups of high-handed radicals will try to become the center of the attention in Berlin again. One of them announced it would “disrupt the daily routine of powerful people”. The other group loves superglue.

Berlin, September 3rd, 2022 (The Berlin Spectator) — Extinction rebellion is one of the radical groups that have announced activities in Berlin for this fall. This particular organization is beginning to use a language comparable to the one right-wing extremists and Corona deniers are know for: “We will not put up with the criminal actions of politicians anymore”, they said.

A “fall rebellion” was announced. Its goal is to “paralyze Berlin”. Extinction Rebellion’s activities are supposed to “disrupt the daily routine of powerful people in the heart of politics”. They seem to mean the democratically elected federal government and possibly MPs in the Berlin Bundestag. “We want to survive!”, ER says. Together, they would “revolt creatively and peacefully, for life”.

Note: The Berlin Spectator uses the adjectives ‘extremist’ or ‘radical’ for persons, groups or parties that disregard or oppose democracy, the state, its institutions, its police and/or its values, on both the far-right and the far-left.

Right now, the group is training people on how to bring Extinction Rebellion’s message across and how to react to arrests. In mid-September, they will set up a camp at Invalidenpark for one week. By offering “kid’s activities”, they want to attract families. This seems to be an attempt to give their radical organization a more friendly look. But, according to ER, they are getting ready for “crunch mode”.

For months, while Extinction Rebellion was more quiet, in part because of the Corona pandemic, copycats used the vacuum the organization left behind, by staging themselves: ‘Letzte Generation’ (‘Last Generation’) is another group of self-proclaimed environmentalists. It became visible earlier this year, when its members blocked traffic in the government quarter, on the Autobahn A100, and elsewhere in Berlin.

Their strategy is to glue themselves to streets. Since they use superglue, it is hard for the police to take them off the intersections they block without injuring them. Officers have commenced using cooking oil for this purpose, after experimenting for a while. Recently, ‘Letzte Generation’ activists even glued themselves to historic paintings in museums. Those who participate in these ‘protests’ are trained. Once they are arrested and cameras are pointed at them, they will hold a rehearsed little speech about the environment. That way, they think they will look like saviors who are sacrificing themselves for the greater good.

‘Last Generation’ has announced new activities in Berlin this fall as well, meaning the upcoming season might become another phase of traffic disruptions. Recently, the first member was sentenced to 60 hours of labor, for coercion. While this first sentence against a “climate gluer” in Germany obviously was very mild, considering he blocked a city highway exit and caused bad traffic jams on purpose, with his colleagues, other countries seem to intend to hand down harsher sentences. In Sweden, two ‘Last Generation’ members are in custody right now. They might get jail time. One of them is a Berliner.

Munich 1972: A Massacre and a Long Series of Failures