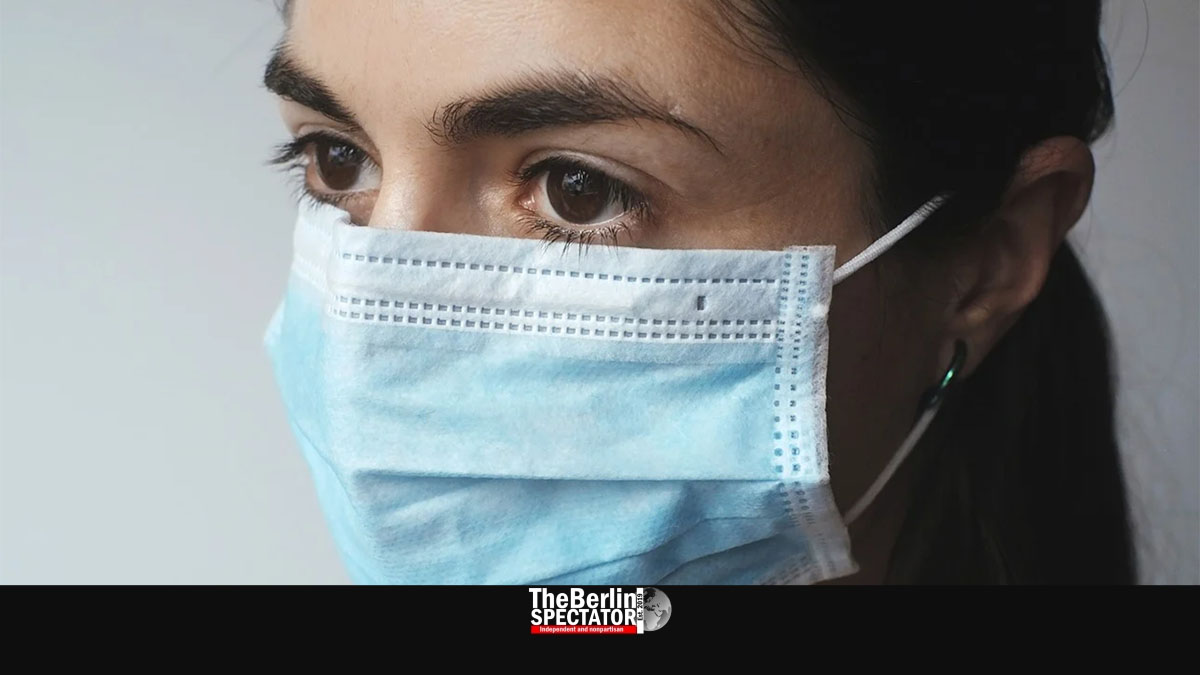 The three parties that are part of Chancellor Olaf Scholz’ ‘traffic light coalition’ used their majority to push the next version of Germany’s Infection Protection Act through the Bundestag. It includes new Corona regulations for the upcoming fall and winter.

Berlin, September 9th, 2022 (The Berlin Spectator) — If the Bundesrat follows the Bundestag next week, the new Corona rules for Germany for the cold season will apply from October 1st, 2022. They are part of the latest amendment of the Federal Republic’s Infection Protection Act. Lockdowns and school closures are a thing of the past. But masks are not. At the Bundestag, 386 MPs voted for the amendment, 313 against it and three abstained.

According to Health Minister Professor Karl Lauterbach, predicting the next Corona wave is not really possible, but he said Germany would be in control of the situation. With the new Infection Protection Act, the country was well prepared. “Never have we been this well prepared for the fall”, the Minister tweeted. It remains to be seen whether he is right. In the past three years, the Coronavirus has surprised Germany and the world multiple times, and none of those surprises were good.

Lauterbach said Germany’s sixteen federal states now had the possibility to put in place rules that were necessary. “I hope this will be the last winter with protective measues”, he stated. The vaccines that were available had now been adjusted to the Omicron variant of the Coronavirus. Besides, there was medication that could help patients with more serious disease progressions.

The mandatory mask rule will apply in public transport in federal states that use it, and on long-distance trains, but not on passenger aircraft. While critics say there was an obvious contradiction here, Lauterbach defended the new regulations by saying the air exchange on airplanes was a lot better. Once the new rules are in place, masks will neither have to be worn on domestic flights within Germany, nor on flights originating from or arriving in the Federal Republic.

But masks will be compulsory in doctor’s offices, care homes and hospitals. If and when the Corona infection numbers increase, the federal states are supposed to have the right to put in place mandatory mask rules in restaurants, cultural venues and other facilities as well. They can also restrict access. In case of emergency, the states will have the right to announce compulsory Corona tests at schools and mandatory masks in grades 5 to 13.

For the center-right FDP, Chancellor Scholz’ smallest junior partner in the ‘traffic light coalition’, Justice Minister Marco Buschmann stated almost all experts were expecting a deterioration of the Corona situation. Therefore, the state needed to be able to act. The new rules were proportionate. While both the center-left SPD and the leftist Greens have supported Lauterbach’s plans for a long time, it took them a while to convince the FDP.

The Coronavirus hit Germany 954 days ago, in early 2020. Since it happened, there have been lockdowns. Schools, restaurants, non-essential shops, clubs and other cultural venues were shut down for months. Several times, the German health system was almost overburdened. Since it all started, 148,217 Corona patients have died in Germany. At least 32 million persons have been infected with the Coronavirus. The statistics do not include all cases because only infections identified in PCR tests are being added.