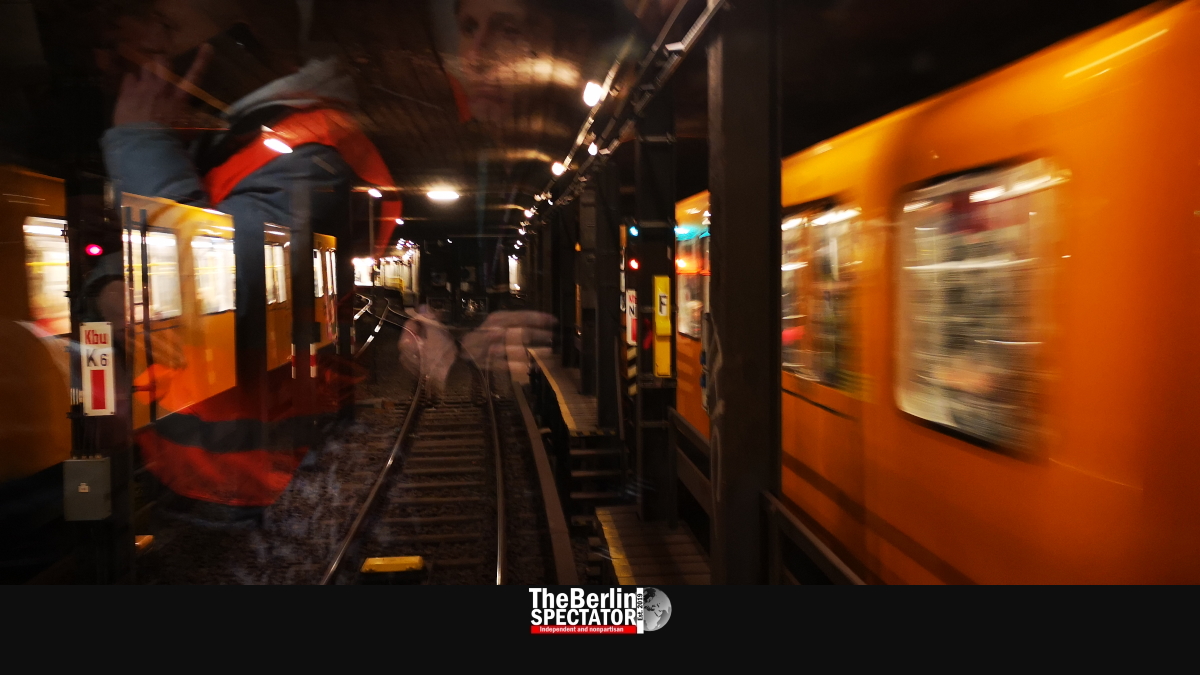 Berlin is supposed to get a new, cheaper public transport ticket. The 29 Euro Ticket will probably be valid in Berlin only. And there is another catch.

Update September 15th, 2022, 4:23 p.m.: Transport Authority for Berlin and Brandenburg approves 29 Euro Ticket for subscribers in Berlin, public transport zones A and B, from October 1st to December 31st, 2022.

Berlin, September 14th, 2022 (The Berlin Spectator) — In June, July and August, the 9 Euro Ticket was available in Germany. Its holders had the right to use the public transport and regional trains in the entire country. This sensational offer was supposed to reimburse Germans for the rising energy costs. Fifty-four million 9 Euro Tickets were sold. Then, on September 1st, 2022, ticket prices bounced back to their normal levels.

The federal government is working on a successor, but it will not be available until December. From January 1st, 2023, the new creation, whatever it might look like, is supposed to be valid. But the federal state of Berlin does not want to wait that long. Recently, Governing Mayor Franziska Giffey announced an interim solution. She wanted to team up with neighboring Brandenburg on this one, but an agreement was not reached, so far.

That is why the new ticket will probably be valid in Berlin’s public transport zones A and B only. In order to go to Potsdam or BER Airport in Brandenburg, Berliners will need a regular ticket on top of the special ticket, unless there is a sudden agreement between the two federal states. There is another catch: The 29 Euro Ticket is supposed to be available as a subscription only.

Whoever wants this cheaper ticket (compared to regular ticket prices) will have to get a season ticket from Berlin’s main public transport provider BVG or from Deutsche Bahn which runs the German capital’s ‘S-Bahn’ city train system. Usually, Berliners will not get out of those subscriptions for a year. In this case, a special termination right was supposed to be included at the end of December.

This means that, unlike the 9 Euro Ticket, Berlin’s new ticket will not be available for single months. Passengers who want it will have to purchase the whole enchilada. That way, people who do not have public transport subscriptions yet are supposed to lured into getting one. Berlin’s Senate believes many of them will keep their subscriptions afterwards. They will either pay the regular price from January, or make use of the federal government’s next ticket offer. Berliners who are subscribers already will pay 29 Euro automatically, instead of the regular price.

From the perspective of the city state of Berlin, the new offer will be a 105 Million Euro Ticket (104.92 million U.S. Dollars or 91.08 million Pounds Sterling). This is how much it will cost to offer the 29 Euro Ticket from October 1st to December 31st, 2022. But there is no final decision on the 105 Million Euro Ticket which could be called 29 Euro Ticket and has little in common with the 9 Euro Ticket. Today, the Berlin House of Representatives will deal with it. On Thursday, it is the VBB’s turn. The latter organization is the Transport Authority for Berlin and Brandenburg.

Chancellor Olaf Scholz’ federal government is ready to invest 1.5 billion Euro (1.5 billion Dollars or 1.3 billion Pounds) into a new, cheap ticket for next year, but only if the sixteen federal states pile up the same amount. There could be a 49 or a 69 Euro Ticket for the public transport in all of Germany and the country’s regional trains. This one would be an actual successor for the 9 Euro Ticket, except it will cost five to eight times more.