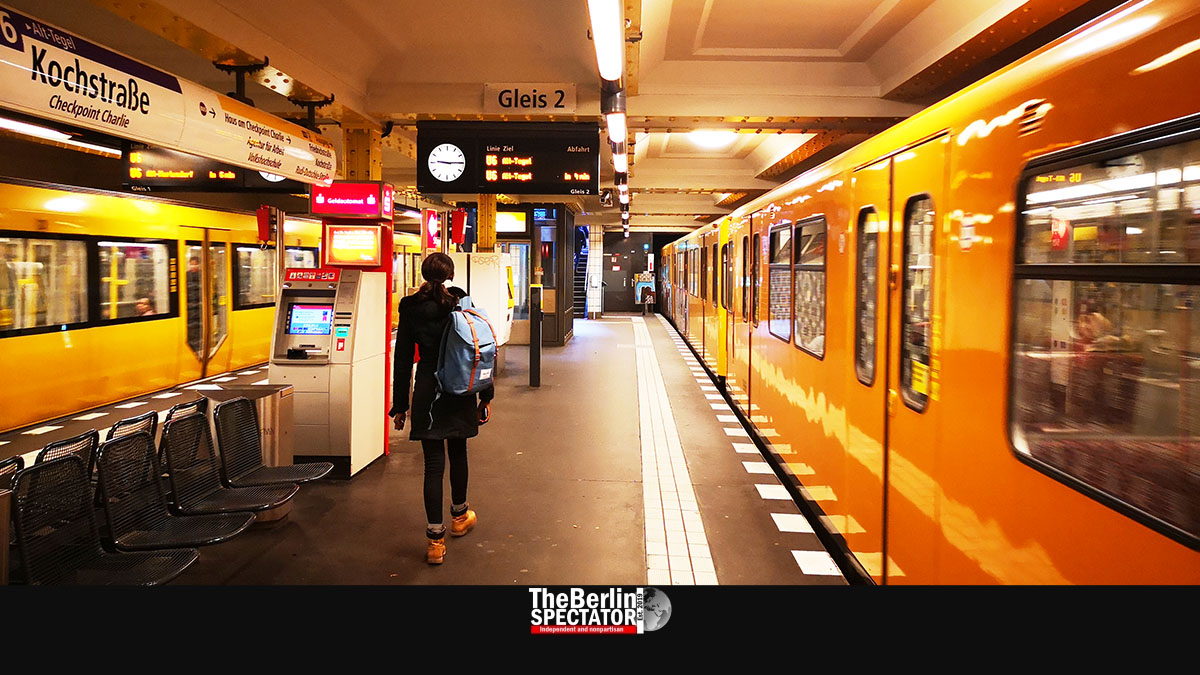 There were times when car-free days really were car-free. Not anymore. But Berlin will not require tickets for its public transport on Thursday. And a few streets are supposed to be closed to motorized traffic.

Berlin, September 17th, 2022 (The Berlin Spectator) — In 1973, the oil crisis hit. All of a sudden, West Germans became aware of the fact that the oil would not last indefinitely. The Bonn government put in place a harsh measure: Nobody was supposed to drive on four Sundays in the winter of that year. This gave people the opportunity to take walks on the Autobahn. The country’s streets and roads were very quiet.

No Tickets in Zones A and B

In contrast, the international car-free day, which takes place once a year, hardly has an effect in today’s Germany. At least the city state of Berlin is trying to make it special. Nobody will have to purchase public transport tickets on Thursday, September 22nd, 2022, as long as they stick to the zones A and B. Obviously, this is a much more attractive offer than the 29 Euro Ticket. The latter is being sold as a successor of the 9 Euro Ticket in spite of the fact that it is very different in several ways.

Individuals who enter zone C on September 22nd will need ‘Berlin BC’ or ‘Berlin ABC’ tickets. A ‘supplement ticket C’ was not enough, the Senate Administration for Mobility and the Environment said. Within the zones A and B, security personell might check people’s adherence to the mandatory mask rule on Thursday, but they will refrain from asking for tickets.

There is more: Parts of 37 side streets are supposed to be blocked to motorized traffic and bicycles on September 22nd from 3:00 p.m. to 7:00 p.m.. Those stretches will become ‘playing streets‘. Kids will be allowed to stare at the screens of their portable game consoles while standing on those streets. Or, instead of going to the playground, they can play on the grey and hard asphalt.

Obviously, the Senate has more positive ideas in this regard. According to a press statement, kids can use those ‘playing streets’ for drawing with chalk, “to eat cake”, gather “or for other mutual activities”. According to weather forecasters, it will not be raining in Berlin on Thursday, the second day of fall. Temperatures are supposed to reach 17 degrees Centigrade (63 degrees Fahrenheit). This forecast was released on September 17th, meaning it could change.

Exchanges in the Neighborhoods

“On the car-free day we will be able to see what Berlin can look like when streets are opened for the city’s people”, Mobility Senator Bettina Jarasch stated. “That way, there is more room to gather, play or for exchanges in the neighborhoods.” She thanked the initiatives that are supposed to look after those ‘playing streets’ and said everyone had the opportunity to make use of “environment-friendly mobility” on Thursday.