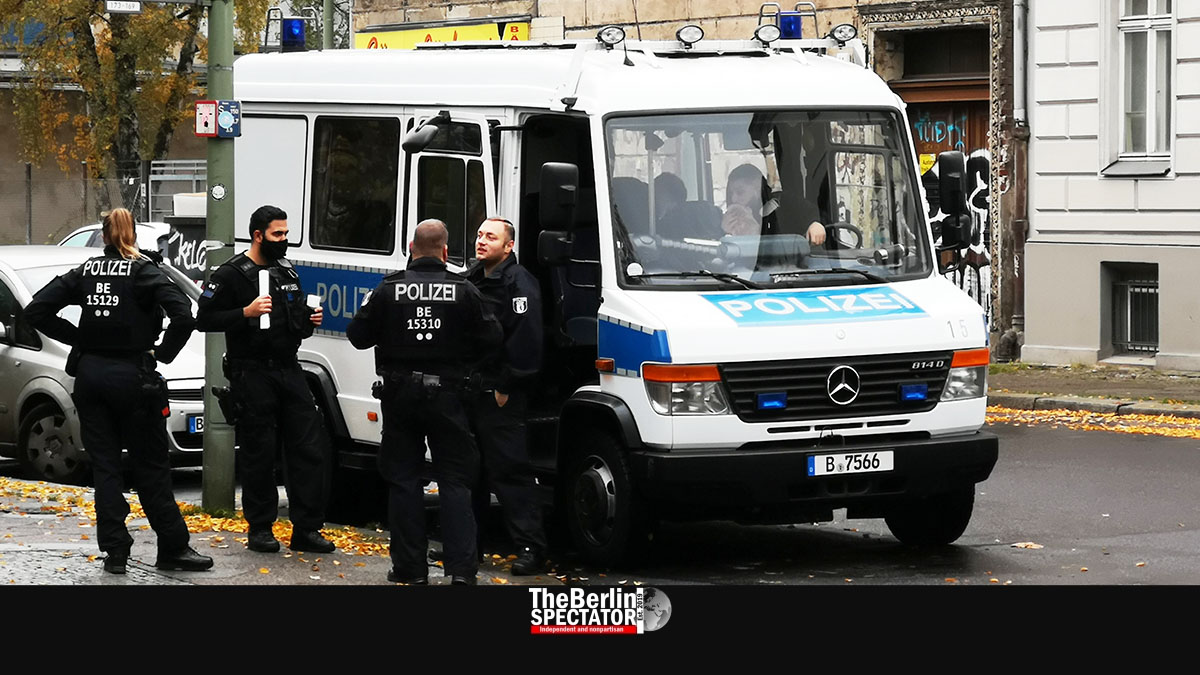 In Berlin’s Moabit neighborhood, an unexploded World War II bomb was found. It needs to be blown up on site. For this purpose, the ‘S-Bahn’ city ring will be interrupted on Monday. Thousands will be evacuated from their homes.

Berlin, September 23rd, 2022 (The Berlin Spectator) — Yet another WWII bomb was located at a construction site. This time, Berlin’s Moabit borough is affected. One of the problems is the condition of the explosive. Its fuses are rotten, which is why it cannot be defused. Instead, it will have to be detonated on site. The only good news is that this this bomb weighs 50 kilos (110 pounds) only, instead of the usual 250 or 500 kilos.

This bomb was found between Sickingenstrasse and Huttenstrasse. According to the ppolice, some 9,000 residents need to be evacuated before Berlin’s bomb disposal unit can become active. The next problem is the fact that the ‘S-Bahn’ train ring is close to the location. At and around Beusselstrasse station, the train traffic will have to be shut down on Monday morning, which means that the S41 and S42 lines will be interrupted.

When the Berlin Police Department evacuates the restricted area with a radius of 500 meters (0.31 miles) on Monday morning, Berlin’s central market will be affected. Its management already sent letters to its tenants according to which the market needs to be shut down by 6:00 a.m. on Monday and vacated by 8:00 a.m.. Especially on a Monday morning, this is bad news for many retail business owners.

Deutsche Bahn, which operates the ‘S-Bahn’ in Berlin, was going to announce details about the shutdown in Moabit later today. On the ‘S-Bahn’ ring, half a million passengers are transported every day. Since there are technical difficulties all the time, Berliners are used to delays and shutdowns. But the interruption they have to expect on Monday will probably create a mess anyway.

The bomb was found on the premises of Siemens Energy. This is where a parking garage is being built. Since construction workers found the bomb on Thursday, police officers have been guarding the location. No work will be done on this construction site until the bomb was blown up.

Less than two weeks ago, a much larger WWII bomb was defused in Berlin’s Wilmersdorf district. Earlier this year, more explosives in Friedrichshain and Prenzlauer Berg needed to be diarmed. The bomb disposal unit run by the police is very experienced because there are thousands of unexploded devices in Berlin. Obviously, they are being found all the time.

Scholz in TV Interview: ‘Putin Will Not Succeed’