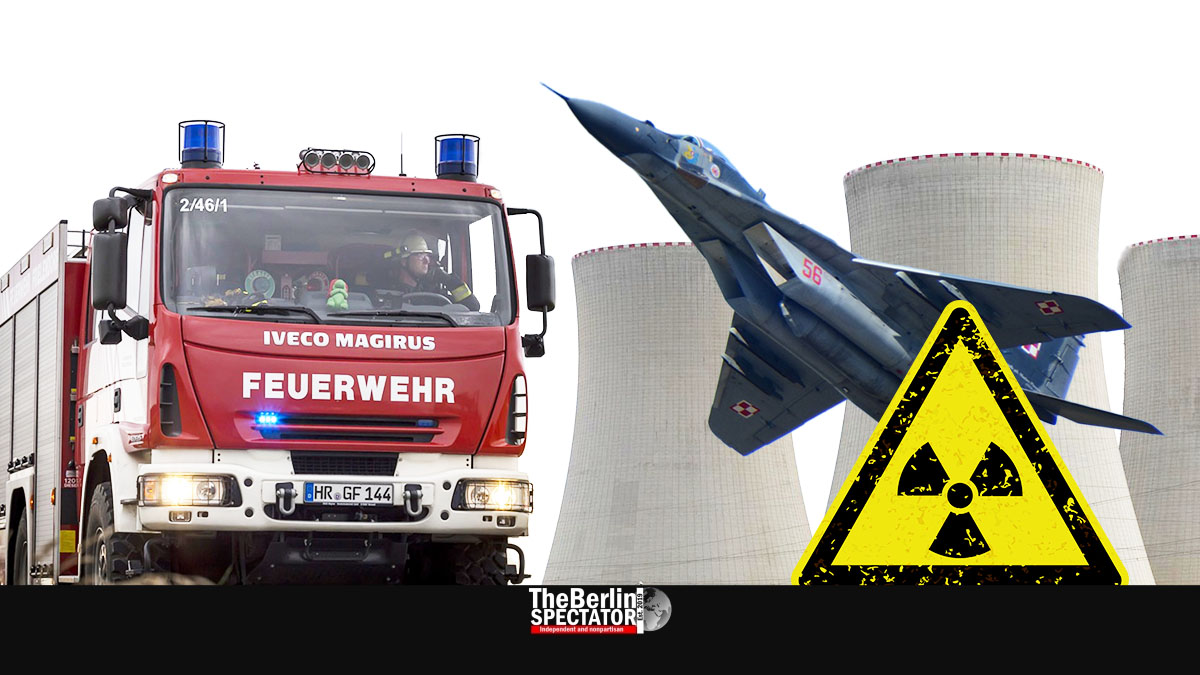 Disasters can happen at any moment, at least in theory. When they do, the population needs to be warned. Two years ago, Germany’s national ‘warning day’ failed. This time, things are supposed to work.

Berlin, September 23rd, 2022 (The Berlin Spectator) — Floodings, excessive snowfall, extreme heat or storms are severe weather phenomena that have happened in the past and probably will again. Terror attacks, incidents or accidents at nuclear power plants or the spread of dangerous viruses are disasters people need to be notified about if and when they happen. Recently, Russia has threatened to attack the West. What if it actually does? Unlikely or not, situation of this kind need to be communicated to the local authorities and the people all over Germany.

This was why a ‘warning day’ took place two years ago. On September 10th, 2020, the systems were tested. But there were issues. In some of Germany’s federal states, the sirens that are supposed to alert the population in case of disasters did not work. Test messages that were sent to people via a warning app arrived 30 minutes late. Had there been a real disaster on Germany’s last ‘warning day’, the communication would have been a disaster too. Last year, the next ‘warning day’ that was scheduled to take place had to be scrapped because of more technical issues.

On December 8th, 2022, the systems will be tested again. All available channels are supposed to be tested and improved afterwards, if they still fail. There is another purpose: Germans and residents of other nationalities will learn about those warning systems and get used to them. At least this is the effect the authorities are hoping for. “We have to test new systems in order to be able to use them later”, Interior Minister Nancy Faeser stated.

In the late morning, at 11:00 a.m., everything will be activated. Test alerts are supposed to be sent out via radio and TV stations, display boards and an officail warning app called NINA. Sirens will be making a lot of noise, if they work this time.

There is a new channel the authorities intend to use too, namely cell broadcasting. All individuals who have a cell phone and who are in range of a radio mast will be receiving a test alert. This kind of system makes sense because even those who did not want to install NINA and who have switched off all radios and TV sets around them will be alerted.

Initially, this year’s ‘warning day’ was supposed to take place right now, in September. But it needed to be postponed, for technical reasons. The cell phone broadcasting system had to be developed further and some more internal testing was required. That is why the next test alarm will reach Germans on December 8th, 2022, while they do their Christmas shopping.