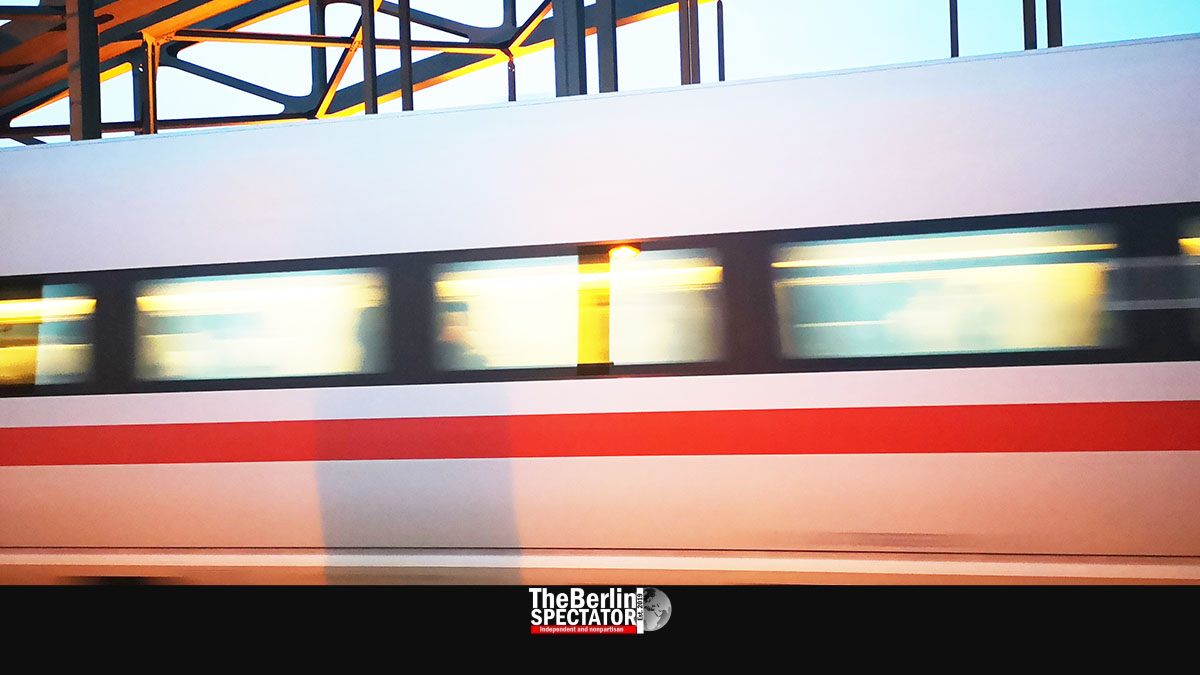 There is nothing better than traveling on German bullet trains. But the enthusiasm evaporates to some extent when the fares are on the rise. This is exactly what will be happening soon.

Berlin, September 28th, 2022 (The Berlin Spectator) — The train is a great invention. Modern day trains in Germany are elegant, comfortable and lighting fast. Just don’t compare them to Chinese or Japanese bullet trains. Nowadays, you can go from Hamburg to Munich in six and a half hours. Even though there is no general speed limit on Germany’s Autobahn, even hot shots in Lamborghinis will not be faster.

In these times of crises, the inflation is hitting consumers. Soon, this will apply to Deutsche Bahn’s (DB) passengers as well. From December 11th, 2022, the state-owned company’s new timetable will apply, and new fares go along with it. Weeks ago, a price increase by 4 percent for regional train tickets was announced. The latest announcement affects fares for fast InterCity (IC) and even faster InterCity Express (ICE) trains.

Flex Tickets, which can be used on any trains the passenger chooses, will cost almost 7 percent more, on average. Other tickets are affected by the price hike too. Passengers will be charged more for BahnCards as well. They are supposed to be almost 5 percent more. Holders of the BahnCard 25 get discounts of 25 percent, BahnCard 50 holders get 50 percent off regular ticket prices and BahnCard 100 subscribers do not pay for tickets at all.

There is good news too: Neither the fees for seat reservations will not be touched, nor the super saver fares DB offers to some lucky passengers who purchase their tickets weeks or at least days in advance. There are contingents which usually sell out quickly. A seat reservation costs 4.50 Euro (4.33 Dollars or 4.04 Pounds).

DB justified the price hike by saying it needed to react to the inflation, just like so many other companies. But the company also stressed the fare increases were well below the inflation rate of 8 percent. Because of the skyrocketing energy costs, DB expects its energy costs to increase by 2 billion Euro (1.92 billion U.S. Dollars or 1.79 Pounds Sterling) in 2023.

Germany’s federal government is working on a successor for the 9 Euro ticket which was available from June to August. Its holders had the right to use all regional trains and the public transport in all of Germany. It will likely be available from January 1st, 2023, but it is supposed to cost a whole lot more than 9 Euro (8.67 Dollars or 8.07 Pounds).