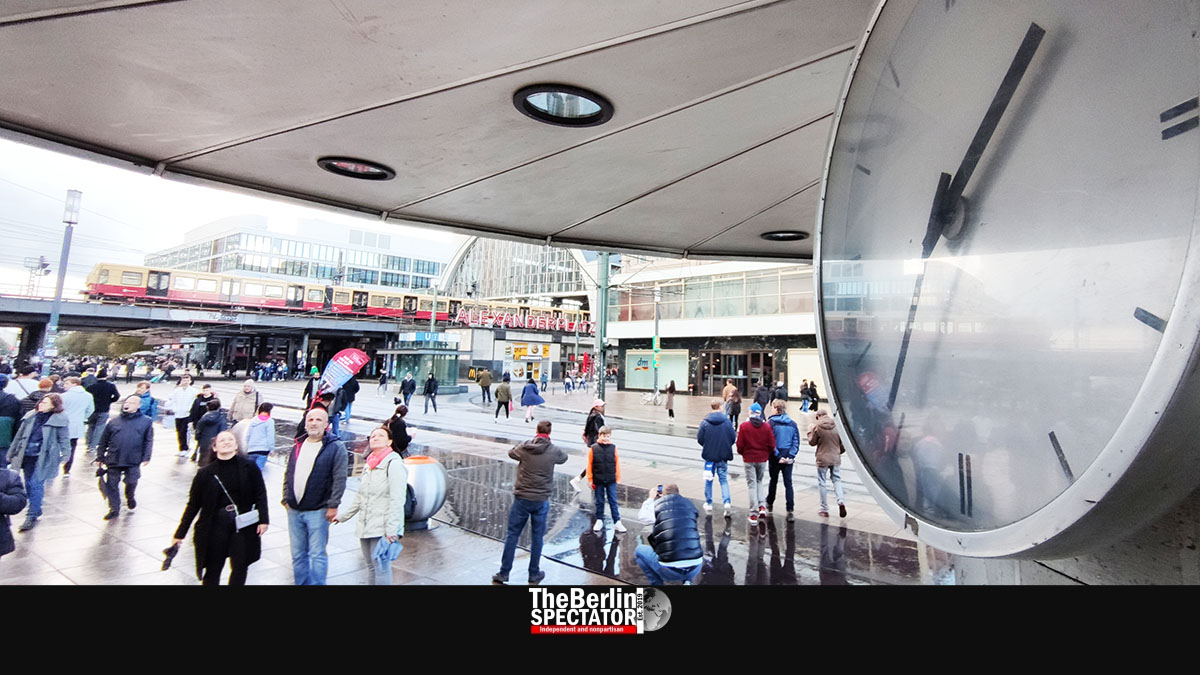 Berlin will have to repeat last year’s Super Sunday soon. An election rerun for the Berlin House of Representatives will probably take place on February 12th, 2023. Part of the elections for the Bundestag might have to be repeated too.

Berlin, October 7th, 2022 (The Berlin Spectator) — Andreas Geisel, Berlin’s Senator for City Development, was in trouble on Thursday. Both the conservative CDU and the extremist right-wing AfD tried to remove the Social Democrat (SPD) from his job. But a vote of no confidence at the Berlin House of Representatives failed. So did a resolution with the same purpose. Days ago, Berlin’s Governing Mayor Franziska Giffey had already rejected calls for his dismissal.

This is not about Geisel’s performance in the Senate’s City Development department, but rather the position he held before. Under former Governing Mayor Michael Müller, Geisel was Senator of the Interior. As such, his responsibilities included the elections. There were issues in 2017, but even more so on September 26th, 2021. On that day, hardly anything worked properly, except for the Berlin Marathon.

Several elections took place on the same day and a long list of problems surfaced. At some of Berlin’s 2,256 polling stations, voters did not get ballots. In others, they got the wrong ones, or ballots that were copied, which is against the rules too. Attempts to transport the right ballots to the right polling locations failed because of the Marathon. Almost the entire city was blocked to motorized traffic.

The story gets even worse when we include the fact that there were warning signs before election day. But those were ignored. On Super Sunday in September of 2021, voters in the city state of Berlin got a lot of ballots. They voted for their local candidates for the House of Representatives, the parties they wanted to support, their candidates for the Bundestag and their favorite parties for the German parliament. On top of it all, they took part in a referendum about the dispossession of large real estate companies.

For Berlin’s CDU, its chairman Kai Wegner said he was heartbroken because “the SPD election debacle” which had disgraced “our city”. Senator Geisel had tried to ride out the matter. He needed to live up to his responsibility. If he did not resign, Franziska Giffey needed to fire him. Because the election rerun could change absolutely everything, Wegner is not the only Berlin politician who already switched into campaign mode again, a year after Super Sunday.

According to the latest polls, Wegner’s CDU has more support than Franziska Giffey’s SPD. The same applies to the Greens, one of the Governing Mayor’s two coalition partners. Nobody knows who will be sitting in her office next year. The Green Environment Senator Bettina Jarasch might take over, or Kai Wegner. Whoever does will need a coalition with a majority.

Berlin’s Constitutional Court announced it would announce its final decision on the election rerun on November 16th. Up to 90 days later, the rerun will have to take place. Election Administrator Stephan Bröchler told the ‘Spiegel’ weekly, he wanted to go for February 12th, 2023.

The Bundestag’s Election Inquiry Commission will have to take a decision about a rerun for the Bundestag elections in Berlin. Chancellor Olaf Scholz’ ‘traffic light coalition’, which has a majority in the commission, wants those elections to be repeated at 300 of Berlin’s 2,256 polling stations. That alone would be a huge undertaking.

Berlin: Public Swimming Pools Could be Closed Because of Energy Crisis