Berlin: Public Swimming Pools Could be Closed Because of Energy Crisis 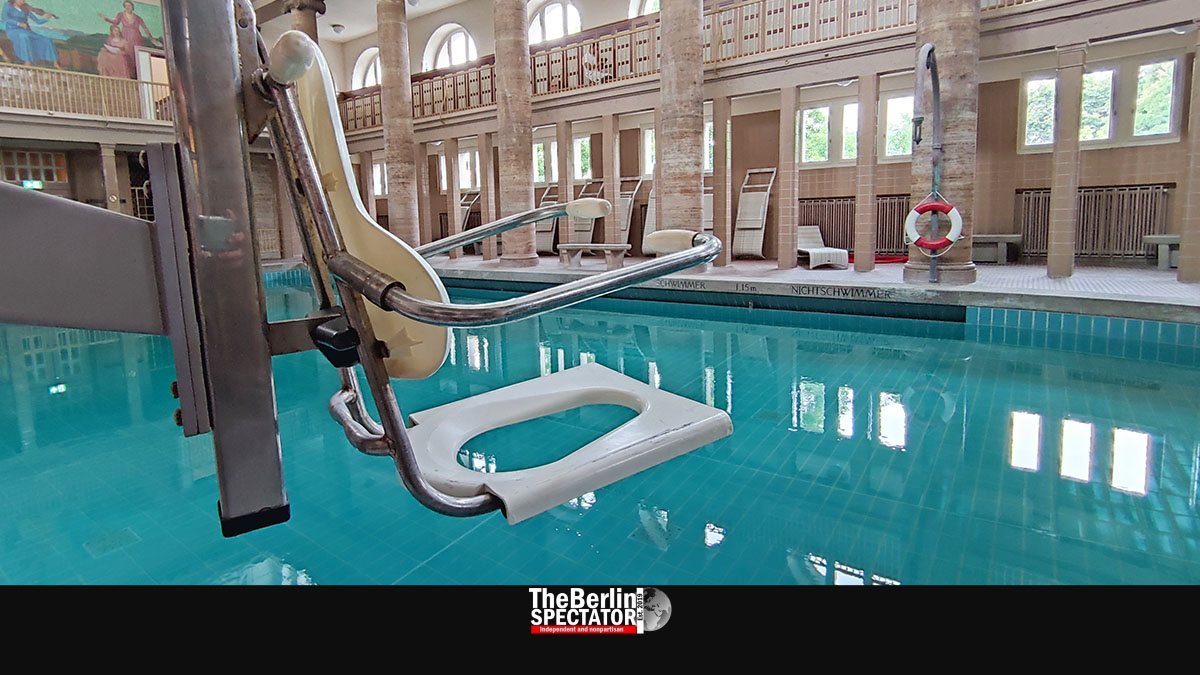 The Berlin Senate might close some public swimming pools this winter. It depends on the energy prices and the overall situation. The city’s universities announced measures too. They intend to switch off their hot water supply and turn down their heating.

Berlin, October 8th, 2022 (The Berlin Spectator) — In late August, Berliner Bäder, the state-owned company that runs most public swimming pools in the city, announced the water would be colder because of the energy crisis. Now it turns out some indoor pools could even be closed for a while. This is what State Secretary Nicola Böcker-Giannini stated in front of the Berlin House of Representative’s Sports Committee.

It could happen if there is an energy shortage during the cold season which just commenced, or if Berlin cannot cover the energy costs for its pools anymore, according to the Director of Berliner Bäder, Johannes Kleinsorg. Obviously, the pools his company runs need a lot of energy to heat their water, even though its temperature was already decreased to 26 degrees Centigrade (79 degrees Fahrenheit). Usually, it is 28 to 30 degrees C (82 to 86 degrees F).

Berlin is supposed to get the energy consumption down from the usual 10 million kilowatt hours per year, for all pools combined, to a much lower level, which is why the saunas in the public indoor pools were shut down as well. Berlin is not San Diego. Only very few Berliners have their own swimming pools in their gardens or basements.

Obviously dealing with swimming pools and saunas only is not good enough in this crisis. This is why Berlin’s Senate Administration for Science and the city state’s universities will contribute as well. At a conference they attended, the directors of those colleges said they wanted to enables studies in attendance, but put in place measures that would save substantial amounts of energy.

It begins with the heating. At all universities, the room temperatures are not supposed to exceed 19 degrees C (66 degrees F). Corridors, staircases and storage rooms will not be heated at all. On weekends, the temperatures might be decreased even further. Generally, the warm water supply at colleges is supposed to be cut off or decreased to a minimum.

In summer, Berlin and other German cities had announced their first energy saving measures. City clerks will be working in colder offices. Landmarks such as Brandenburg Gate, Berlin’s TV Tower or the Berlin Cathedral are either not being illuminated at all or a lot less. Some of the city’s usual Christmas decorations will remain in storage this year. On the other hand, all of Berlin’s Christmas markets are supposed to take place as usual. They need plenty of lights. A Christmas market without lights is like an Oktoberfest without beer.

Berlin’s Festival of Lights, which obviously needs those lights even more, will save energy too. According to Governing Mayor Franziska Giffey, the private promoter behind the event is supposed to use 75 percent less energy, compared to the past years. It was unclear how this could be accomplished. But saving energy did not mean the city needed to be dark, Mrs. Giffey stated. She said the Festival of Lights was good for Berlin as a tourist destination.

Long-Distance Trains in Northern Germany Out of Service