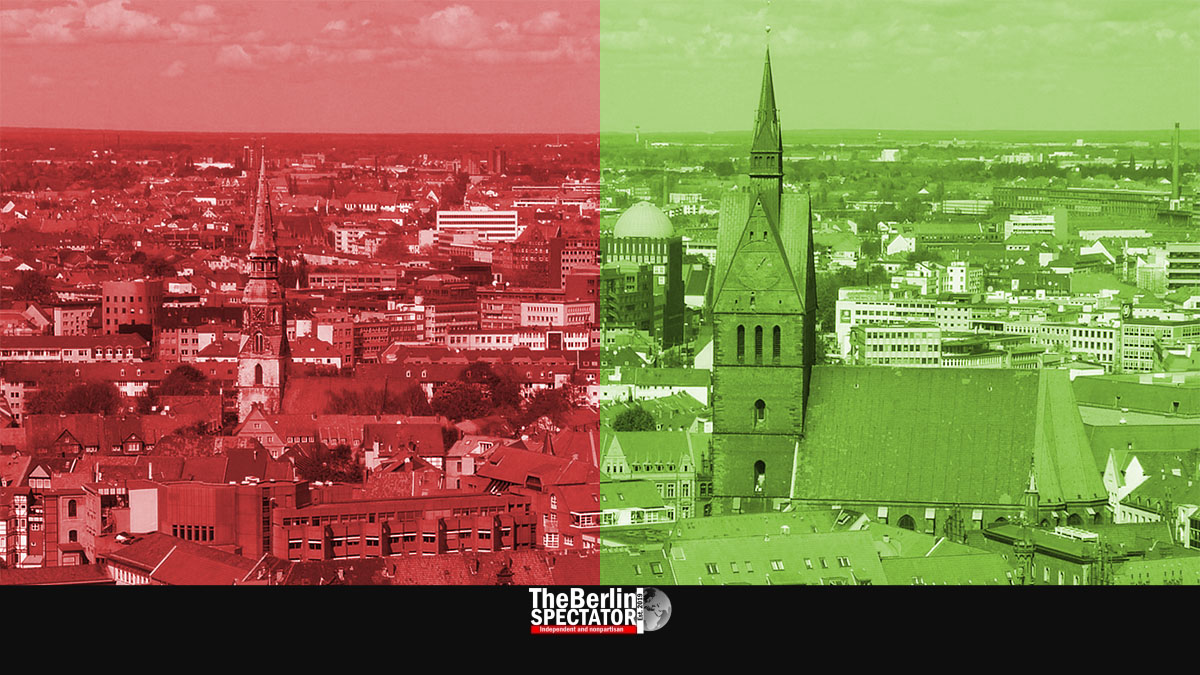 After German state elections, it usually takes some time until the winners announce whom they want to form a government coalition with. Not in Lower Saxony. Here, Stephan Weil of the SPD and the Greens’ main candidates openly said what their plans are.

Berlin, October 10th, 2022 (The Berlin Spectator) — After a tough election campaign, the conservative CDU’s main candidate Bernd Althusmann did not like the numbers he saw on the TV screen at his party HQ in Hanover. His direct competition, the center-left SPD, was ahead by 3.3 percent. So, instead of First Minister, he became Lower Saxony’s Labor, Economy, Transport and Digitization Minister. Before he knew it, his party was Stephan Weil’s junior partner.

This year, Althusmann tried again. The mission was to overtake his boss Weil in a new situation. When the last elections took place, in 2017, nobody in Lower Saxony feared a third world war, people did not have issues with their gas or electricity bills, and Corona was still a Mexican beer brand and the Spanish word for crown. But, as it turned out, more voters trust the incumbent. This time, the gap between the CDU and the SPD grew to 5.3 percent. After this second defeat, Bernd Althusmann announced he would not seek reelection as head of his party in Hanover, meaning he will take responsibility and step down.

Yesterday’s winner, the SPD’s First Minister Stephan Weil, showed a big smile in all live interviews he agreed to. He reached 33.4 percent of the vote. Althusmann’s CDU got 28.1 percent, the Greens increased their share of the pie substantially, with a result of 14.5 percent, while the center-right FDP was kicked out of the parliament in Hanover because it dropped below 5 percent, to 4.5. The far-left ‘Die Linke’ reached 2.7 percent, but the extremist far-right AfD improved its last result substantially and ended up with 10.9 percent.

During the campaign, Stephan Weil openly said what he wanted. He would prefer a new edition of the coalition he once had with the Greens, he told the voters. Yesterday’s results give him the opportunity to go for it. The state parliament will probably have 146 seats. Soon, the SPD will be occupying 57 of them, and the Greens 24. This gives them a total of 81 seats, which is a stable majority. This means that the last grand coalition in Germany will end.

The elections in Lower Saxony were seen as a barometer for the mood in Germany. Ahead of the vote, wishful thinking ruled at the ‘Bild’ tabloid. “Will the ‘Traffic Light Coalition’ be punished?”, it asked in a big headline. The obvious answer is no. Only one of the parties involved in Chancellor Scholz’ government, the FDP, lost.

Weil had the advantage of incumbency. He is more popular in his state that his party colleague Olaf Scholz is in Germany right now. Weil was an important personality in the SPD before yesterday. Now, this applies even more. The Greens’ good election result probably strengthened them on the federal level as well.

The CDU, on the other hand, did not exactly help its colleagues in Lower Saxony. Party chairman Friedrich Merz recently tried to grab votes from the far-right by accusing Ukrainian war refugees of engaging in “social tourism” in Germany. This approach was criticized even within the CDU, and it obviously backfired. So far, Merz has used every chance he got to slam the government in these times of crisis. So far, he has not come up with convincing answers to big questions. This might be another reason for yesterday’s defeat.

In Lower Saxony, the voters did not really care much about regional politics this time, because of Russia’s war in Ukraine and the energy prices. This was the last state election this year. In 2023, it will be Bremen’s, Bavaria’s and Hesse’s turn. The city state of Berlin will probably have to repeat its last elections in February.