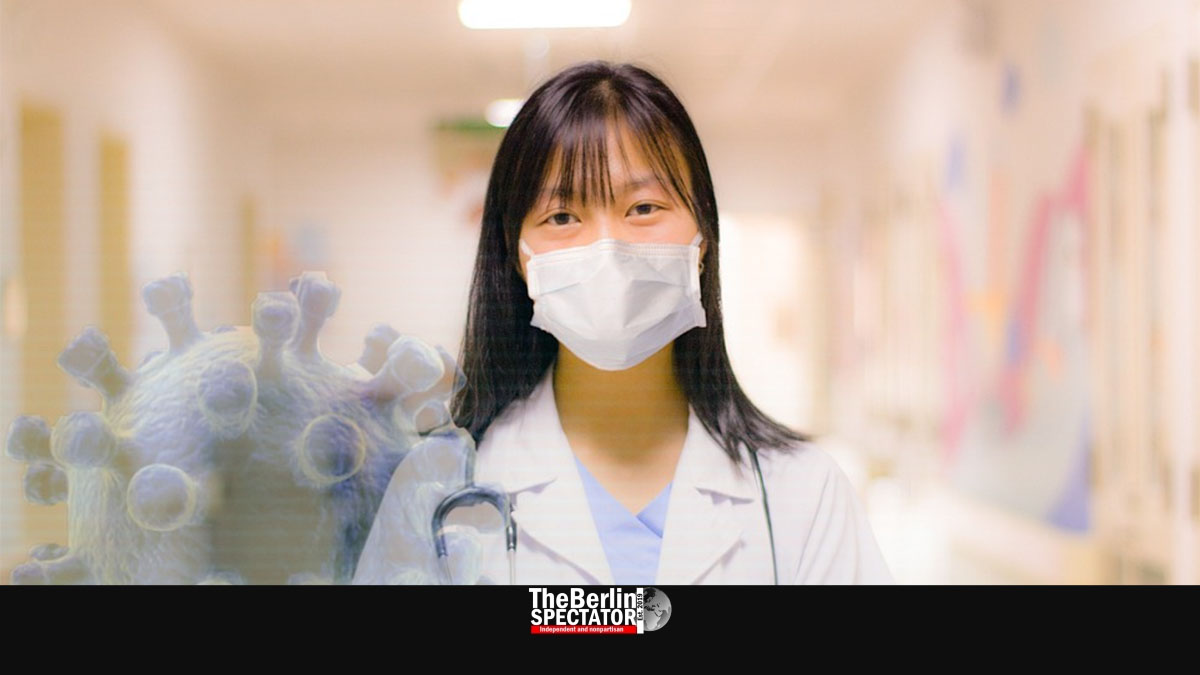 In Germany, more and more COVID-19 patients end up in intensive care. According to the Robert Koch Institute, hundreds of Corona outbreaks were reported in retirement and care homes. Health Minister Lauterbach wants the states to put in place mandatory mask rules again.

Berlin, October 14th, 2022 (The Berlin Spectator) — The face behind the mask belongs to Professor Karl Lauterbach. His profession? Health Minister of the Federal Republic of Germany. He is the man whose predictions are almost always right and who wants a maximum of protection for everyone. Among Corona deniers and far-right extremists, Lauterbach is the most hated politician in Berlin. The police just arrested a 75-year-old woman who wanted to kidnap him with accomplices who already were behind bars.

How about subscribing to The Berlin Spectator‘s newsletter? You can do so right here:

Lauterbach, the man more people should listen to, says Germany’s federal states should require masks in public buildings again. As he foresaw, the infection numbers are increasing again. And wearing masks is a small price to pay for more protection. If the states could just agree on the optimal moment to use the possibilities they have, according to Germany’s Infection Protection Act, this would be great, the Minister told ARD TV.

He stated the federal government could not force the states to comply. But the Corona wave that was growing right now would not stop itself. A reaction was necessary. Karl Lauterbach said some German clinics had already reached their maximum capacity. The death rate was on the rise too. He also mentioned the fact that 5 percent of all Corona patients suffer from lasting symptoms that weaken them for a long time. This issue would affect the job market and the health system, Lauterbach predicted.

Indeed, the situation is problematic. According to the Robert Koch Institute’s latest weekly report, 400,000 doctor visits because of respiratory diseases, including COVID-19, were registered last week along. A week before, there had been 280,000 visits of this kind. Germany’s Seven Day Incidence level has reached 760. Since October 5th, the number of new Corona infections per day has been in the six-digit range again.

On top of it all, there are more and more Corona patients in intensive care. According to the DIVI Intensivregister, there are 1,710 today. In June, this number was below 600, on October 1st, it stood at 920. Right now, only 3,282 of Germany’s 23,322 ICU beds are free. If the situation deteriorates, which is a likely scenario, things will become tight. There is an emergency contingent of up to 10,000 ICU beds that can be set up in addition. In order to use them, healthy doctors and nurses are needed. But many of them are infected with Corona as well.

Yet another problem is the number of Corona outbreaks at retirement and care homes. Last week, there were 413 of them, far more than the week before. At medical facilities, including clinics, 220 COVID-19 outbreaks were counted. This situation developed in spite of the strict Corona rules that apply for facilities of this kind.